Last week, ComputerWorks GmbH, our Vectorworks distributor in Germany, participated in BAU 2011. With approximately 238,000 attendees from 150 countries, BAU is billed as "the World's Leading Trade Fair for Architecture, Materials, Systems", and this year's event was held January 17-22 at the New Munich Trade Fair Centre in Munich, Germany. The themes were sustainability, building for life, research and innovation, and education and training. In addition to product exhibits, BAU included lectures, forums, award presentations, and the official launch of the Archi-World Academy global competition for architecture students.

"Vectorworks 2011 and the new Renderworks captured the attention of visitors," said Carlos Lüthy, owner of ComputerWorks. He added that his team was pleased to participate in Europe's biggest and most important AEC show, and enjoyed the opportunity to meet with hundreds of current and future Vectorworks users. 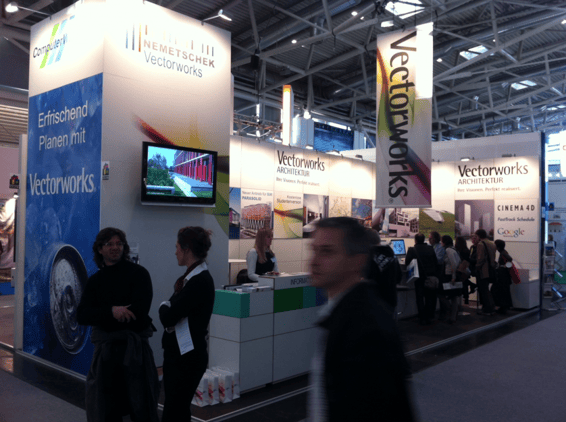