The Vectorworks crew attended the Rock in Rio: Lisbon music festival last summer. Partnering with Production Resource Group (PRG) to provide Vision previsualization services to the designers lighting up the event’s five nights of performances, we also took time to document the construction of the fest’s stages, talk with the bands’ lighting designers, and see the power of Vectorworks Spotlight and Vision software in action.

As we interviewed the major players on the ground in Lisbon, we learned about their backgrounds and inspiration, gleaning wisdom from their experiences to help both newcomers and industry veterans alike. 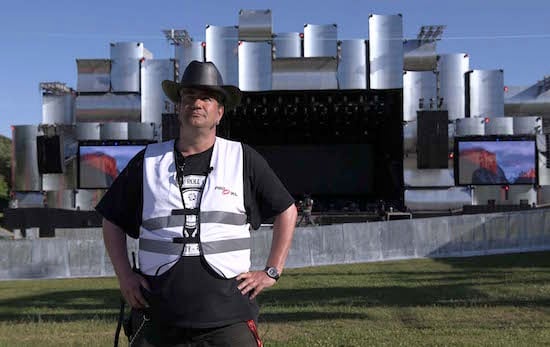 Who he is: Götz Bauer is Special Operations Director with PRG, the world’s leading provider of entertainment and event technology solutions. In the warehouse and in the field, Bauer coordinates the delivery and construction of festival stages, trade shows, and other events around the world.

His start: Passionate about music, Bauer got his start in the industry as a trumpet player in a ska band, but when that didn’t work out, he made the move to event production. He spent time working as a stagehand, technician, and production manager and eventually made his way to Special Operations Director.

His inspiration: When asked what Bauer would do if he didn’t work in event operations and production, he shrugged. “I’ve been working in music my whole life,” he remarked. “This job comes from the heart.”

His advice: As someone who has worked in event production for over 20 years, Bauer has insights for anyone interested in set design, event production, or event technics:

1. There are a lot of misconceptions about what it’s like to work behind the scenes in rock ‘n’ roll. The myths and legends of the excess that permeated the music scene in the 60s and 70s have given way to a culture of hardworking engineers and technicians who compete for demanding contracts. “The ‘sex, drugs, and rock ‘n’ roll’ thing is gone. You have to think about whether you really want to do it,” said Bauer. “It needs to be part of you.”

2. Not interested in a desk job? Bauer says that working in lighting and events is a business that is designed for unique people who don’t want a traditional 9-to-5 job. You’ll work long and sometimes unusual hours, but if you bring your passion, you’ll find it very rewarding.

3. Bauer’s team alone has technicians from Germany, Brazil, and Greece, and he has traveled the world to work with local festival crews. Events, lighting, and production is a global job, and so you should be ready to travel — and maybe take some time to learn more than one language. 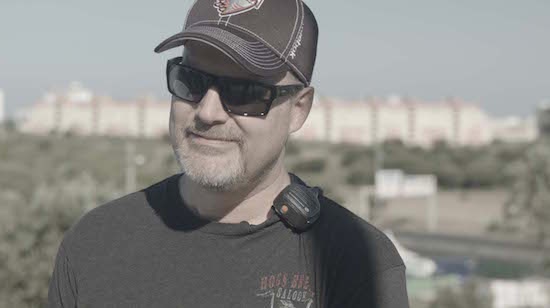 Who he is: Brent Clark, an Ontario-based lighting designer, has been instrumental in creating the visual stage presence of rock group Stereophonics for more than a decade. He previously provided lighting for Rock in Rio: Madrid.

His start: Clark got his start in the industry when he was in a thrash metal band in high school. After going to school for theatrical lighting design, scenic painting, and audio, he toured nightclubs for five years in Ontario, towing his lighting equipment around in a five-ton truck, “basically working for any bands I could get my hands on,” he said. Clark impressed tour managers with his shows and built industry connections, which lead to new jobs, including an invitation for him to design the lighting for Stereophonics, one of the most successful Welsh music groups of all time.

His inspiration: Even after 30 years in the industry, Clark is still inspired by the thrill at the beginning of every shows he creates. “When the house lights go down, it’s that rush you get from the live audience,” he said. “It is pretty much what drives me to do it every day. When you get a great reaction from the crowd, there’s nothing better, I think.”

His advice: Clark has specific encouragement: “My advice for anybody breaking into the industry is just persevere.” Clark offers a few other key pieces of wisdom for fellow designers:

1. Even though things may go wrong in a show, Clark said that he always tries to take out the good parts and build off of them. “Every show has its ups and downs, good and bad, and I just try to take the good away from it.”

2. Clark advises new and aspiring designers, as well as those in the industry looking to broaden their skill set, to build their craft by simply being open-minded; even the monitor and audio team might have something to teach you. “There are a lot of people out there doing a lot of stuff,” he said. “Just watch and listen. You can learn a lot of stuff from everybody.”

3. Though it may seem like a simple tip, Clark reminds lighting designers not to forget why they chose this career path. “This is why we do this: to have fun,” he said. “Take it as it comes. Try to enjoy what you’ve got.” 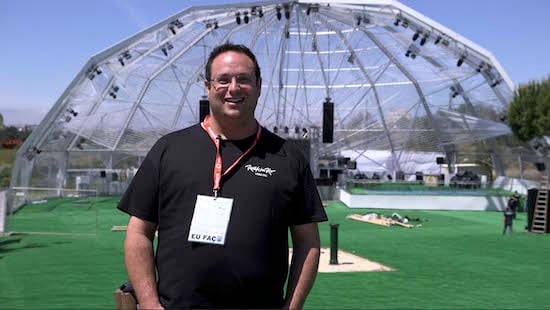 Who he is: As a lighting designer with UK-based design company Woodroffe Bassett Design, Terry Cook is part of one of the most in-demand lighting design companies in the world, creating spectacular designs for events like the 2012 London Olympics opening/closing ceremonies and two previous Rock in Rio festivals.

His start: Originally, Cook got his start onstage as a child actor. As a teen, he decided to work off the stage as a follow spot operator for a show, and he fell in love with it. After working backstage in amateur theatre in London, he studied stage management. He later met Patrick Woodroffe and Adam Bassett, the lighting designers who would go on to create Woodroffe Bassett Design, and worked as a project manager and associate with them before taking on lighting design projects of his own.

His inspiration: Cook gets his inspiration from the trust placed in him in his role as a lighting designer. Though he switched over from the production side of Woodroffe Bassett to design due to the needs of the company, he said that having the support of an accomplished team helps him grow. “I’m lucky to learn from two of the best designers in the world,” he said.

Cook looks up to Bassett and Woodroffe, and is driven by his desire to keep learning and improving under them.

His advice: Though he still sees himself as a new designer, Cook has some advice for other lighting designers still trying to find their place in the industry:

1. Cook’s top piece of advice is something that he is still learning to do: “Build a backbone.” He understands how easy it is for passionate designers to take negative statements to heart because they care about their work, but they shouldn’t become discouraged.

2. Even though it can be hard to listen to other designers assess your work, it’s an important way to learn. “As you gain more experience, you know when to realize that someone else is giving you some advice or criticism that is good for the overall piece,” he said.

3. Cook has discovered that listening to others and trying out lighting techniques that are outside of his comfort zone can have surprising results for a show. He notes that being flexible and taking comments in stride can remarkably improve designs. “If you think ‘Maybe their idea isn’t so good,’ well, try it!”

Want to get more insights on what it’s like to create shows for some of the most popular artists in the world? Check out our case study on Nick Whitehouse, a Vectorworks Spotlight user and lighting designer who toured with Coldplay and was responsible for Jay-Z and Justin Timberlake’s joint Legends of the Summer tour in 2013.