Teaser Tuesday Recap: What Features will you see in Vectorworks 2018?

If you haven’t been following our forum or social media accounts, here’s your chance to catch up on our Teaser Tuesday reveals, where for the past five weeks we’ve been showcasing a single new feature each Tuesday.

While we already shared the first three reveals a couple weeks ago, this week we’re catching you up on the last two Teaser Tuesdays.

First up is improved Revit import, as part of our efforts to enhance the usability of existing features. In Vectorworks 2018, you’ll be able to import Revit building objects such as doors, windows, roofs, and walls as native Vectorworks objects. 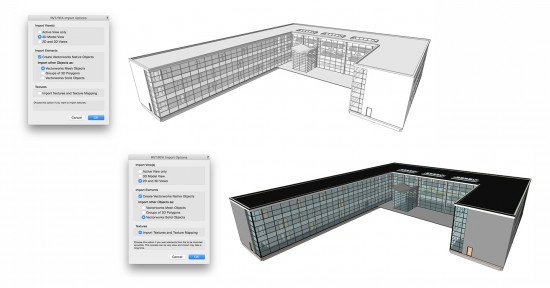 You’ll also be able to import Revit Textures as Native Renderworks Textures, as well as have additional control over what is imported and how. You can learn more about the feature and see what others are saying in our forum.

Second, this morning we announced that in Vectorworks 2018 we’re introducing compatibility with the MacBook Touch Bar, a feature we hinted at last December. This means Mac users with the latest edition MacBook Pro, are provided with some of the most common tools and options, including standard views, readily available on the Touch Bar.

A MacBook Pro Touch Bar customized with shortcuts in Vectorworks 2018.

Furthermore, the feature is user customizable, so you can work the way you want and more efficiently, adding the tools most frequently used for your workflows.

Can’t wait to learn more about Vectorworks 2018? While Teaser Tuesdays are over, be sure to follow our social accounts and #Vectorworks2018. Also, subscribe to our blog to be the first to know about new updates.