HAPPY PLACE: “Dancing on the Ceiling”

Come to the happy side where people can unwind and let go. Set in Los Angeles, California, HAPPY PLACE is a massive pop-up experience filled with larger-than-life size installations, multi-sensory immersive rooms, and dozens of moments curated to Capture Your Happy, including an upside-down room called “Dancing on the Ceiling,” where visitors can do just that.

People wander around the room, jump on objects, hang from the ceiling, perform acrobatics from different angles, and eventually share their upended fun on Instagram and other social media channels. 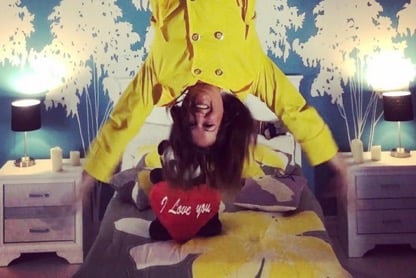 HAPPY PLACE was the vision of Faculty Production and Management’s founder, Jared Paul. He wanted to create a place where people could take a break from the seriousness of the world, leave their troubles behind, and have fun.

“I think of HAPPY PLACE as the 21st century version of the larger-than-life fantasy, fluffy, silver-screen musicals of the 1930s,” said Butch Allen, creative and technical director of the project. “People can leave their worries at the doors of the theater and revel in a grand and glorious spectacle.”

To help bring the project to fruition, Butch reached out to multiple designers, including Vectorworks experts Kevin Lee Allen and Kathleen McDonough, for their design help. 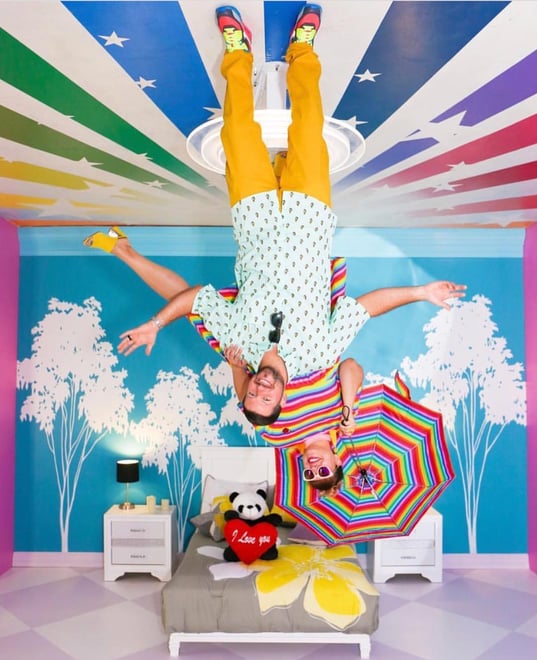 Butch began by giving Kevin and Kathleen a Vectorworks 3D model of the overall space, which was about 30’ square and 13’ tall. Their only parameters were that the design must be “happy” and have the opportunity for visitors to take memorable Instagram selfies, snaps, videos, and Boomerangs. Collaboration between Butch, Kevin, and Kathleen was expedited as Butch and some of the shops also used Vectorworks, and, when they didn’t, exporting to DXF was a simple step for collaborating. They also used renderings and rendered panoramas to share ideas and get approval from clients. 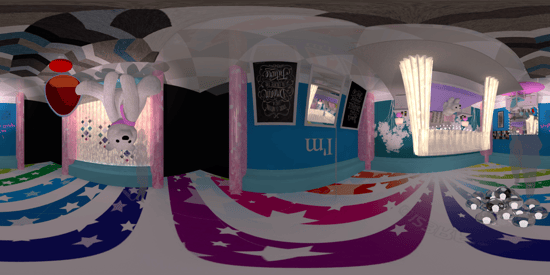 Eventually, the “Dancing on the Ceiling” room became filled with vibrant accessories, allowing visitors to let their creativity and craziness shine. There is a rainbow, star-studded ceiling with a white chandelier hanging from the center, giant stuffed animals, a huge Hollywood make-up mirror, and much more. 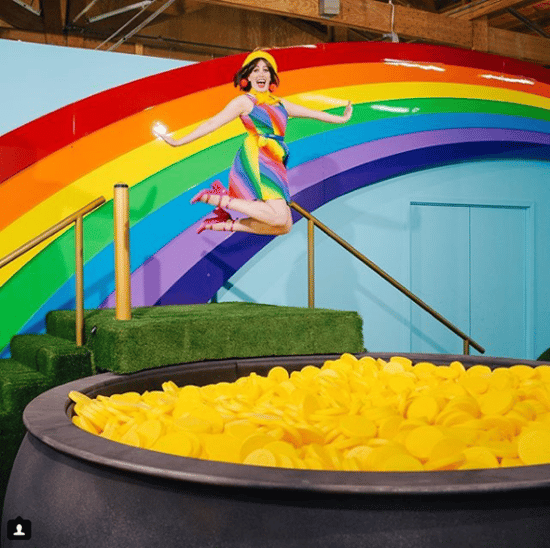 Overall, Kevin said he could not imagine getting through the many demands of this project without Vectorworks 2018.

To learn more about this project’s design process, listen to Allen’s podcast interview on LIGHT TALK with The Lumen Brothers.