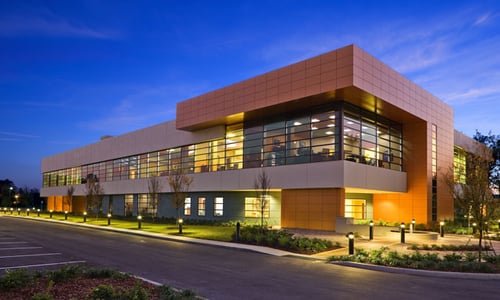 The project, selected by the public as their favorite among the 65 entries, was ROJO Architecture’s ISPC Corporate Offices in Odessa. The 40,000-SF two-story office building has a strong horizontal façade comprised of bold modern lines, highlighted with deep blues, random glazing variations and a visually anchoring copper-clad mass, marking the visitor entry and executive offices above. The project received more than 21% of the 1,100 votes that were cast.