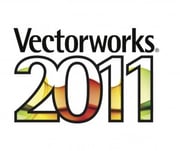 By now, you've probably heard about all the exciting new features in Vectorworks 2011. Today, we're happy to announce that localized versions are available from several of our European distributors. These versions in each country’s native language are now available in Austria, France, Germany, Italy, Liechtenstein, Switzerland, Belgium, Luxembourg, and the Netherlands.

The team at CESYAM in France, one of our distributors in Europe offering a localized version of Vectorworks 2011.

"I'm sure the French users will appreciate the way 2D and 3D have been integrated in Vectorworks 2011, bringing the power of 3D to ordinary 2D objects,” said Thierry Beurey, owner of CESYAM, the Vectorworks distributor in France. “This version also brings many long-awaited improvements, such as text formatting, that will satisfy the needs of all Vectorworks users."

The English-language version of the Vectorworks 2011 product line was released in the U.S., Canada, U.K., Australia, New Zealand, and other international markets on September 14, 2010. To find a local distributor, please visit our international page.