Students use Vectorworks for 3D reconstruction of historic German church

Architecture students attending the 2010 summer session at Bern University of Applied Sciences were given a historic assignment: to design a 3D reconstruction of St. Catherine's Church of Nuremberg, Germany. St. Catherine's church was burned in 1945 and was never reconstructed. It is currently a popular venue for outdoor events in the summer months. 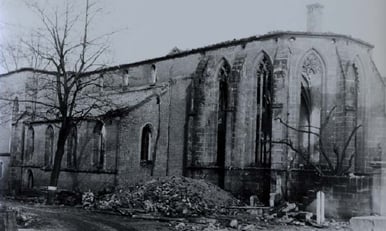 "This ruin is one of the last visible scars of World War II in Nuremberg," said Marc Wittwer, Dipl. Architekt HTL, one of the instructors who accompanied the students on the project. "For today's population, it is no longer a destroyed church, because the Second World War is too far in the past. With this work, the ruin should be perceived again as a destroyed church."

Christoph Maurer, Stephan Häusler, Jan-Carlo Rüttimann, Simon Spring, and Melanie Mathys were the students involved in the project. They used photogrammetric images of remaining components, photographs from the prewar years, and new pictures they took on site. They worked with NURBS curves and NURBS surfaces in the modeling which made it possible to recreate the complex forms and detail of the original structure.

We're impressed by the efforts of these students and wish them luck in their future careers. To read about the project in German and to view more images and renderings, visit the website of our German distributor, ComputerWorks. 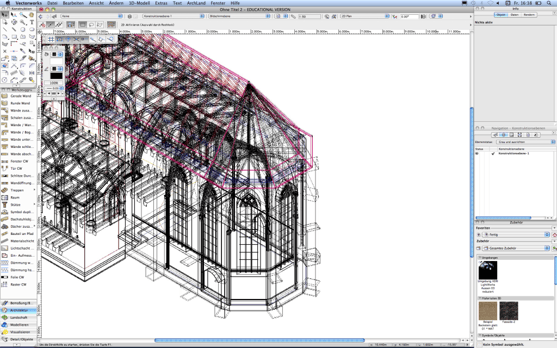