Innovative Show Design is setting the stage for success

If you are curious about what goes on behind the scenes at spectacular events, you may want to shadow the men at Innovative Show Design (ISD). The team of Chris Runnells, Justin Garrone, Mark Dowling, and Nate Mitchell work tirelessly to design and build some of the most cutting-edge sets in the United States. 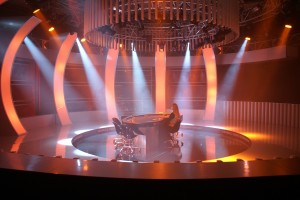 For the Doubles Poker Championship in Las Vegas, ISD strove for a high-tech, futuristic, modern game show feel. The teams started designing at the end of March 2010 and the show was shot in the middle of May. The short timeline was not the only challenge. At the last minute, the venue was changed which required them to do set alterations to accommodate a ceiling that was six feet lower in height. With two weeks until show time, they used Vectorworks Spotlight to quickly change the design, and the show went on--on time.

ISD was also hired in 2008 to design the NBC pre-game, halftime, and post-game sets for Super Bowl XLIII. Building a set for live broadcasts in an existing, immovable large pirate ship built into the stadium’s end zone was just one of many hurdles. To conquer it, the team used accurate as-built drawings to design within the confined space, working around the curves of the ship and the varying elevations, as well as with the plank wooden floor. To figure out how much weight this structure could support, they imported the design from CINEMA 4D into Vectorworks Spotlight and analyzed it there. “Having the Vectorworks tools was a huge benefit,” says Mitchell. “We’ll often take the computers out on the site and import stuff as we’re going. It saves a lot of time and is a great way to keep track of all the information from the start.” 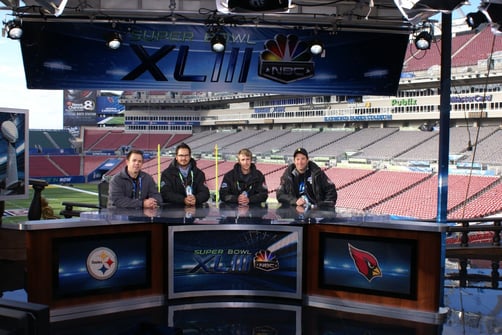 We thank the team at Innovative Show Design for sharing their fantastic projects with us. If you'd like to read about ISD's projects in more detail, please visit the Case Studies section of our website.