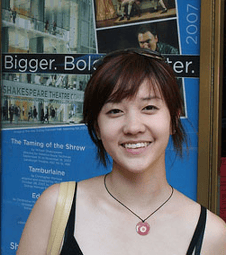 Sheryl Liu, a scenic design graduate student at the University of California, Irvine, recently won a competition to design the sets and costumes for the José Limón Dance Company’s revival of “The Emperor Jones.” The production will premiere on April 29 in Culiacan, Mexico, in the state of Sinaloa.

"The whole process of the competition was a very good experience for me," Sheryl said. "I especially enjoyed collaborating with the director and joining the workshops in New York. It was a pleasure to spend time with the company members and learn more about them."

Lonnie Alcaraz, associate professor and head of the lighting program at UC Irvine, said the three-year graduate student program produces 14 shows a year in dance, music, and drama, and the scenic designers support the drama and music productions. All theater design work is drafted in 2D and 3D with Vectorworks.

Sheryl said she likes using Vectorworks because the layouts are neat and easy to work with, and she particularly likes the polygon (from outer boundary) tool. "It is so handy when doing 2D drafting, I can create a thicker outline for objects within seconds," she said. "I also enjoy using the program because it's so easy to create elegant plates with it."

Sheryl's achievement was recently featured in the L.A. Times. In addition to this honor, her designs for Salome and La Boheme have been selected to be part of EMERGE:2011 at the Prague Quadrennial Student Exhibit. This looks to be the beginning of a bright career in design, and we wish Sheryl the best of luck in the future!