We all look up to someone who personifies our goals and ambitions--someone who motivates us to keep reaching for the stars. For the future generation of designers, Daniel Libeskind is that certain someone. He has risen to become one of the world’s most recognized architects, and he inspires us with his contemporary thinking and extraordinary designs. 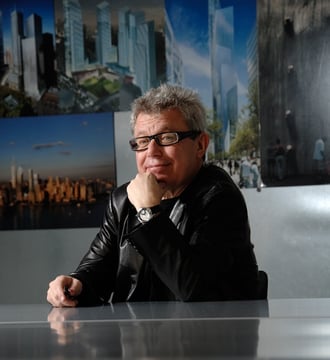 He and his wife, Nina, founded Studio Daniel Libeskind in 1989 in Berlin, and upon winning the World Trade Center design competition, Studio Daniel Libeskind moved its headquarters to its current location in New York City—two blocks south of the original World Trade Center site in lower Manhattan. In 2003, they also opened Architekt Daniel Libeskind AG (ADL) in Bern, Switzerland to build the Westside project in Bern-Brünnen and also to handle their growing European business. Relocated to Zürich in 2004, this branch now employs between 10 and 40 people. Libeskind also maintains an office in Milan, Italy.

Libeskind and his firm have created a wide variety of works, ranging from small- to large-scale projects. One of his projects, The Westside Shopping and Leisure Center, is more than a site for recreation—it is a city unto itself. At the time of its inception in 2005, it was the largest private construction site in Switzerland. Located in Bern-Brünnen, the award-winning design includes 55 shops, 10 restaurants and bars, a bath, a hotel, a multiplex cinema, a senior residence, a wellness center, and a number of apartments. The mix of services ensures that the center is active both day and night. 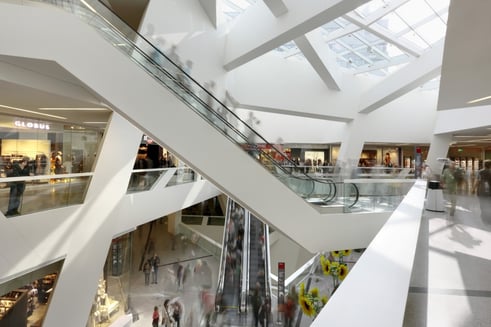 The Westside Shopping and Leisure Center receives between 15,000-20,000 visitors each day.

The design team at ADL realizes Libeskind’s visions by using the Vectorworks Architect software in both their design development and construction document phases.  For Westside, they used the software to generate the base for the physical working models, followed by highly detailed construction drawings. Since the project was a mixed-use space with a wide variety of functions, the Vectorworks program’s intelligent BIM objects such as walls, doors, spaces, and the vast array of drafting library symbols were especially helpful. The project team also appreciated the application’s reliable interface for exchanging models and data with other programs.

To read more about Daniel Libeskind and his award-winning projects, please visit the Success Stories section of our website.