We're excited to share the news that Vectorworks 2012 software was honored at this year’s Construction Computing Awards ceremony as the winner of the “One to Watch” product award. Computers Unlimited, the Vectorworks distributor in the U.K., was runner up for "Channel Partner of the Year 2011."

“We’re thrilled to receive this honor,” said Stewart Rom, Chief Marketing Officer of Nemetschek Vectorworks. “We’ve strived to make the Vectorworks 2012 program the ideal solution for designers in the AEC community with continued improvements to our 3D, Building Information Modeling (BIM) and rendering capabilities, and it’s an honor to be recognized by the Construction Computing Awards. We’re also fortunate to have partners like Computers Unlimited who make it possible for us to bring these innovations to users around the world.”

The awards ceremony was held November 17 at The Hotel Russell in London. Team members from Computers Unlimited, including Alan Wright, Jacqui Smith, and Danny Warner, as well as Mike Kourtellas of 3D Toolbox, were in attendance to accept the award. 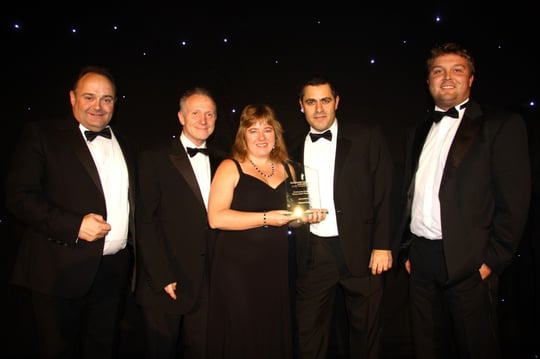