When people hear the phrase “affordable housing,” they may recall the cheap building materials that are often used for these types of projects to offset costs. However, when Holst Architecture was challenged to create affordable housing that would last 50 to 100 years, cheap wasn’t an option because the building had to last.

This fact, combined with the firm’s focus on sustainability and visually pleasing design, are why Holst Architecture has been recognized many times for its design of the Bud Clark Commons, Portland, Oregon’s newest housing, shelter, and day center for the homeless. The project earned a LEED Platinum rating, Residential Architect magazine's Project of the Year at the 2013 Residential Architect Design Awards, and the American Institute of Architects’ Creating Community Connection Award.

Named after former Portland Mayor Bud Clark, the eight-story, 107,000-square-foot building was designed in Vectorworks Architect software and includes 90 fully furnished apartments for homeless men and 130 studio apartments for low-income individuals. The building rests between the Pearl District and Chinatown neighborhoods, which are represented with two different tones of brick on its exterior. Inside, design meets function with open spaces and numerous windows, which welcome in an abundance of natural light, increased ventilation with heat recovery, as well as smart-sensors that turn the heat off when the windows are opened. 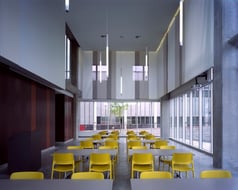 One of the most unique aspects of Bud Clark Commons is its day center, where individuals and families can receive help. Its range of services includes mailing addresses and storage lockers, a hygiene center, free clothing, counseling, job training, and access to healthcare

“Bud Clark Commons was an important project for the City of Portland and an essential part of the city’s 10-year plan to end homelessness,” says Dave Otte, AIA, LEED AP / Project Manager, Bud Clark Commons. “It was an honor for us to contribute and to work alongside our dedicated and talented partners. We’ll always feel this project is a part of who we are.” 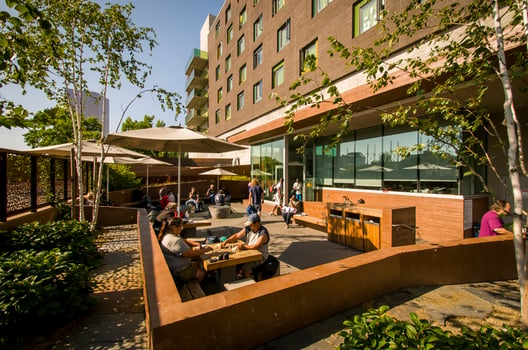 Bud Clark Commons is a remarkably inspiring piece of architecture whose continuous ability to improve the lives of homeless and low-income Portlanders is what really makes it special.