Although we won't be releasing the localized Japanese version of Vectorworks 2014 software until January, anticipation levels are running high. A&A Co. Ltd., our distributor in Japan, just completed a successful series of events to introduce designers to the new version of the program. 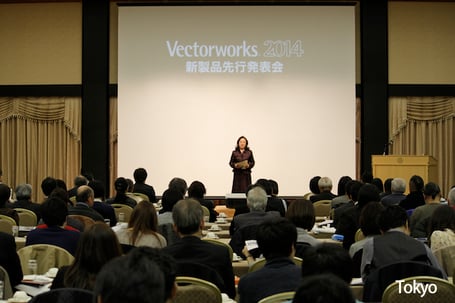 More than 500 people attended the Vectorworks 2014 pre-launch events, which were held throughout the month of December in Tokyo, Osaka, Fukuoka, Nagoya, Sendai, and Sapporo. Attendees showed particular interest in the new twist and taper tools and were impressed by the ability to directly reference DXF files, as well as the high performance of OpenGL rendering and displacement mapping. 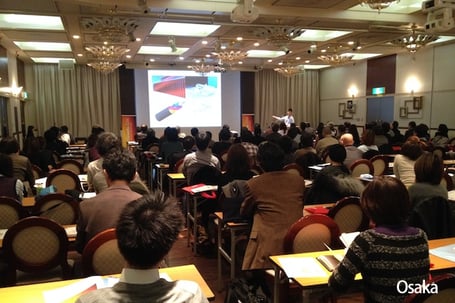 "Under the theme of 'Why Vectorworks is Chosen by Many Designers Around the World,' we introduced user projects and case studies that have been featured in Modus News and Planet Vectorworks," said Kazuko Uchida, president of A&A. "People understand that Vectorworks is used as a design tool in many industries, and a lot of projects demonstrated the flexibility and functionality of the software. We received a good response to Vectorworks 2014, and we have great expectations for the new version."