Native New Zealander and exhibition designer Ben Barraud has brought the fascinating and controversial Aztec civilization to life at the Museum of New Zealand Te Papa Tongarewa (Te Papa). And we were so taken by the project that we just published a success story about it, detailing the challenges Barraud faced in order to chronicle the 200-year history of the Aztec civilization. We also provide background about how Barraud honed his deft design skills in New York City, using Vectorworks Fundamentals software to art direct commercials and subsequently work in the film industry as a set designer, production designer, and art director, before assuming his current position at Te Papa. 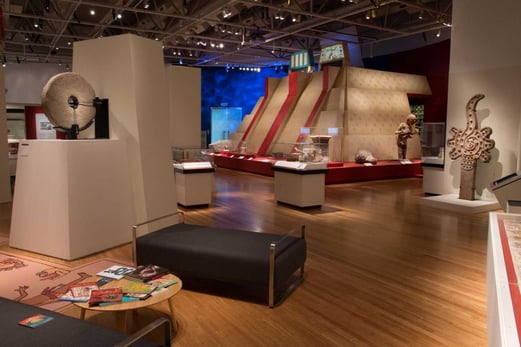 Visitors are slowly immersed in the Aztec’s daily life before entering the exhibit’s larger-than-life focal point, the Templo Mayor (shown at back), to learn about gods and sacrificial rituals native to the culture. Photo courtesy of Norman Heke and Museum of New Zealand Te Papa Tongarewa.

On display through February 2014, Te Papa’s Aztecs: Conquest & glory exhibit is a major endeavor built by Barraud and curator Lynnette Townsend in cooperation with curators in Mexico who culled 200 rare artifacts from more than 30 museums. Then, working with Vectorworks Spotlight software, Barraud created a design that integrated the wealth of artifacts, including golden medallions, large carved stone figures, and intricate containers, into a stunning backdrop supplemented with models and multimedia displays. 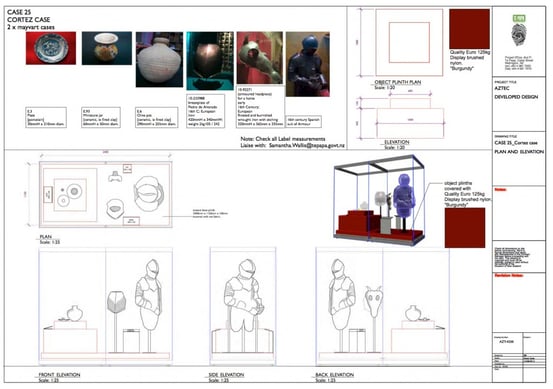 “Vectorworks has been a useful exhibition design tool,” Barraud says. “As an all-around design program, the solution works well  in exhibition design because it picks up theatre features from SketchUp® and Adobe® and mixes in a rich color palette, endless built-in objects for creating lighting positions, and more. It has flexibility to incorporate JPEG and other file types into my drawings.”

Learn more about the project and how Vectorworks software helped Barraud collaborate across the world by reading the full success story on our website.