Meet the Lighting Designer Behind "Meet the Press"

With an American broadcast history spanning more than 45 years, NBC’s "Meet the Press" has seen a lot of changes, including those to its set. So when Chuck Todd was named as the new host for the Sunday morning talk show, producers and executives sought a fresh look as well, which is why they turned to The Lighting Design Group (LDG). 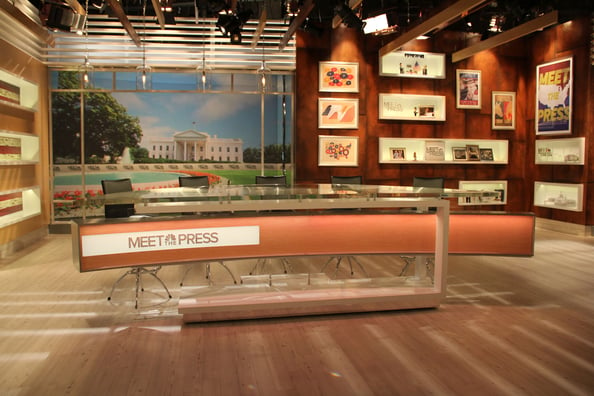 LDG’s Emmy® Award-winning Lighting Designer Niel Galen has been doing work for NBC since 2000, creating lighting designs for coverage of the Olympics, as well as for national election commentary over the past decade. “It’s always a pleasure to work with NBC because they understand that good lighting is more than just flicking on a switch,” says Galen.

After working with NBC to determine how they wanted the lighting to affect the audience’s perception of the show, looking past an ultra-modern feel and deciding on warm, cozy atmosphere, Galen had one week to provide a sense of hominess in a distinctly un-homey setting. He notes that not only is the set itself fairly large, but it is also dark, which created deep shadows. Galen compensated for this imbalance by incorporating LED lighting fixtures to the existing incandescent studio equipment. He also relied on profile fixtures and careful camera placement to create a sense of closeness between Todd and the show’s guests. 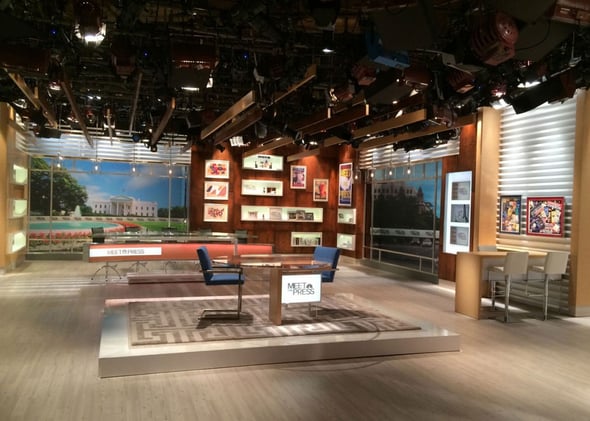 Producing exceptional results in such a small time frame is just one of the reasons that NBC continues to work with Galen and LDG. “We provide a very high level of service for our clients, and we’re very competitive and aggressive for them,” he says. “We do beautiful work, and we tailor it to the people we work with.”

Galen remarks that LDG uses Vectorworks Spotlight software for all of their projects, citing its interoperability and industry-specific tools as reasons why it’s their design platform of choice. In particular, Galen enjoys the fluid symbiosis between Lightwright and Vectorworks Spotlight software, toggling between the two in his workflow to synchronize each show’s design. “The fact that Spotlight exists with its current range of flexibility is pretty amazing,” says Galen. “I’ve always been a champion of Vectorworks, and I’m so glad that so much thought has been put into this industry-specific application.”

Consult your local NBC station's schedule for the airing of "Meet the Press" on Sunday morning, so you can see the new set, new host, and new lighting designed with Vectorworks Spotlight. For a preview, watch a time-lapse video of the set installation.