Curious Minds Want to Know: What Sustainable Design Tools are in Vectorworks Architect?

Designers expect more from their software than just the ability to draw and model freely and produce gorgeous outputs. In fact, while spending time in the Nemetschek Vectorworks booth at the recently concluded Greenbuild 2014 conference, the most common question I heard was whether Vectorworks Architect has any sustainable design tools. The answer is a resounding “yes,” and here are my favorites, beginning with some built-in features you can take advantage of right away.

First, Vectorworks Architect’s “sun object” is much more than a directional light source. The Heliodon tool is georeferenced and accurately generates shadows for your project based on its location. If you don’t see your locale in the extensive pull-down list, just add your town and type, and its latitude and longitude. Plus, with the integrated Renderworks module, you can either view solar animations interactively on the fly or export standalone movies—either from a fixed vantage point or from a view of “what the sun sees.” Roof overhangs and window placement can thus be tested, refined, and validated to minimize summer heat gain and maximize passive heating potential in the winter. 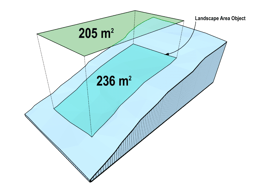 Second, Vectorworks Architect software’s site model is almost like your personal civil engineering genie. It generates a variety of styles of 2D drawings and 3D site models from your 2D contour data, and it can also analyze site conditions. Its colored slope analysis feature color codes the surface of the site based on up to six user-defined grade categories. But the site model isn’t just a static mesh; rather, it can be readily modified with easy grading tools from which Vectorworks can compare the existing and proposed site to generate cut and fill calculations.

Third, walls and roofs in Vectorworks Architect are analyzed by the Framer tool to generate a 3D model of your wood-framed building, as well as elevations of each wall and a comprehensive lumber bill of materials. Since the Framer tool is non-destructive and produces a separate model, you can use this feature to explore cost and performance implications for alternative framing techniques like optimal value engineering and the greater insulation it may afford. 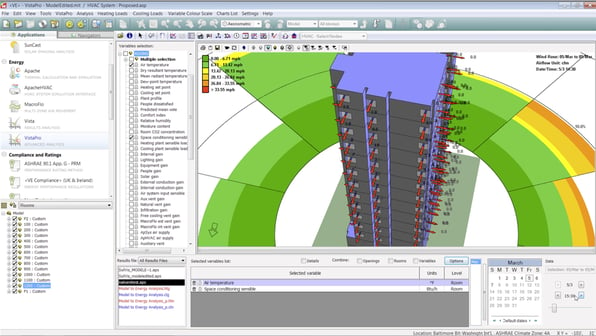 Beyond these built-in tools, Vectorworks has embedded worksheet functions that allow designers to create custom sustainable design tools. Here are a few worksheets that I’ve built over the years and now incorporate into every project: