Sustainability, Innovation, and Design: Offshore Windfarms and the Future of Green Energy 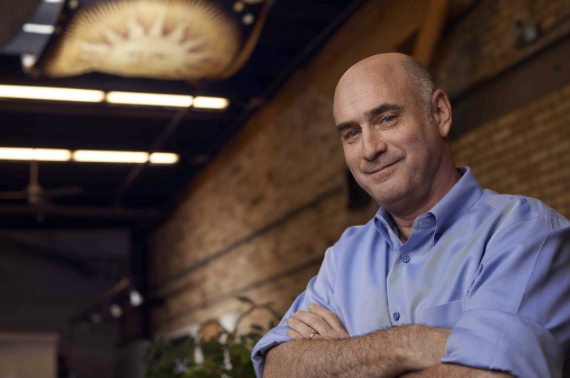 Recognized in his home state of Illinois and across the country, Kipnis has received accolades ranging from the 2011 Green Home Awards from Chicago Magazine to the Home of the Decade from Natural Home Magazine. This year, he was elevated as a Fellow of the American Institute of Architects, a tremendous accomplishment that acknowledges his outstanding contributions to sustainability in architecture.

The honor was unexpected for Kipnis. “To be honest, it wasn’t on my radar. Because my firm is small, I don’t expect to be recognized on a national-level, but I’m proud that my peers have done that based on my sustainable designs and my public outreach work with the AIA’s National 2030 Commitment Working Group.”

A long-time Vectorworks user, Kipnis cites the software’s history of effective modeling capabilities which provides him with a solid platform to create innovative, environmentally friendly designs. “Vectorworks can model so quickly,” says Kipnis, “that we can see how the environment – the trees, the sun, the wind – will affect a structure in real time. A lot companies do it now, but Vectorworks has been doing it for a very long time.”

One of the projects Kipnis is most passionate about is the advanced development of the offshore wind farm concept to be located off of Evanston, Illinois’ shoreline. That’s right, he wants to build a wind farm in Lake Michigan. Evanston is uniquely situated for this innovative sustainability solution because it features a long stretch of non-residential waterfront and relatively shallow waters. Combine that with wind speeds across the lake that average over 20 miles per hour, and Kipnis reports that this would-be wind farm could generate enough power for 50,000 to 80,000 homes.

While the project has yet to set sail, Kipnis has served as a driving force in the push for a reduced carbon footprint for the city. The project moves forward in starts and stops because “it’s incredibly political at the national level,” observes Kipnis. “Despite being one of the most effective measure for reducing our C02 emissions, we’ve experienced varying degrees of push back.”

Some opponents to the wind farm note that its development would disrupt the aesthetic value of Lake Michigan. “At seven miles offshore, the view of the turbines would be very small. Other forms of power generation that rely on extractive forms of energy are much more intrusive,” says Kipnis. “Part of this is that it is an unknown to a lot of people. Once the first offshore wind farms are up and running, I believe this will be much less of an issue. The first offshore wind farm will be operational in 2016, in the waters of off Rhode Island.”

Further, opponents of wind farms often cite the cost of offshore wind as another drawback of wind power. Kipnis acknowledges the upfront cost will be substantial. “Over time, the price will decline,” says Kipnis. “The cost is on a fairly significant downward slope, and it is anticipated that it’ll be very cost-effective within a decade, powering thousands of homes very economically.” 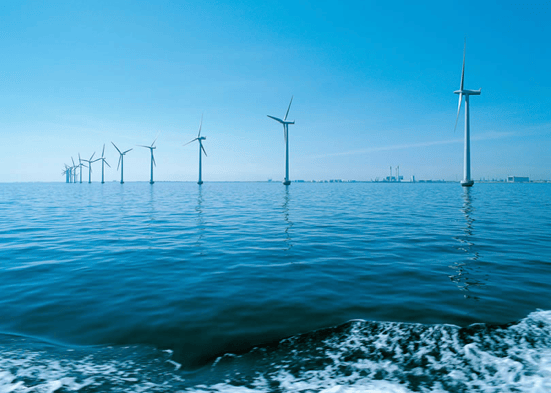 The final argument against the wind farm is the potential wildlife impact. Older, land-based turbines, in particular, posed serious issues for songbirds and birds of prey. Kipnis states that, based on extensive research, the overall impact is actually quite small.  “Extractive-fueled power plants have extremely serious environmental impacts, such as mercury emissions and deforestation from acid rain at coal plants, and thermal kill from heating up the surrounding cooling waters at nuclear and coal plants. There are a whole lot of potential issues with fracked natural gas as well. In this instance, it’s about the ‘precautionary principle.' When you look at the various options carefully, wind power is about as benign as it gets.”

Kipnis explains that construction of the Evanston wind farm would take advantage of years of research about how to responsibly integrate the turbines into the environment to mitigate risk. By building taller towers, doing comprehensive analysis for their proper siting, and modifying operation during times of migration, the wind farm would provide substantive environmental benefits while respecting the surrounding wildlife.

Slowly, Kipnis’ work is causing the winds of change to blow across Lake Michigan. “We are at a very interesting time where extractive energy is becoming more expensive and its environmental impacts are finally being acknowledged, while at the same time costs for renewable energy are rapidly falling.  A clean source of energy could be built just beyond our shoreline,” says Kipnis. “It’s time to move ahead.”