Max Conwell designs lighting for some of the most recognized names in music. But perhaps even more impressive than his list of clients, which includes Morrissey, No Doubt, and Incubus, is Conwell’s dedication to entertainment design technology. “When I started freelancing as a lighting technician, it was the infancy of moving lights and scrolling color changers,” says Conwell, founder of Naked Eye Lighting, a design consultancy in the United Kingdom. Those technologies have since matured, and his current work now incorporates exciting emergent techniques like 3D pixel and video mapping. With an established place at the forefront of the entertainment industry, Conwell’s style continues to evolve as he diversifies his portfolio with work in architectural and television lighting, as well. 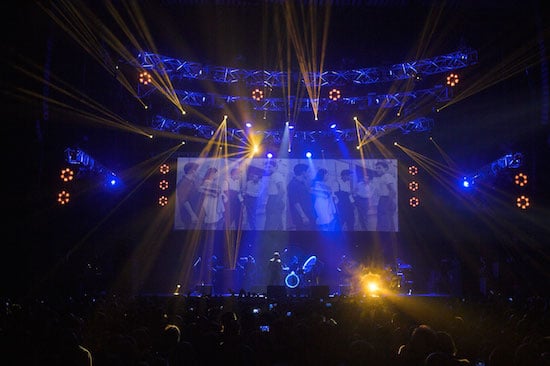 Conwell’s success is based on his consideration of both the artist and the audience. This process is highlighted in his recent work with Morrissey. Collaborating with the British star frequently over the last 10 years, Conwell designed an effective workflow where the pair bounce ideas back and forth to ensure that each song in a show is perfectly emphasized by the lights and corresponding video elements. He doesn’t stop with the artist, though. Even the audience is incorporated into the show’s lighting design. “The Morrissey crowd is passionate about him, so I use a fair amount of audience lighting, including spacelights as blinders and overlaying the moving lights and Phillips Nitro strobes, to connect them to the show,” Conwell says.[tweetthis url="http://ow.ly/Pkm2B"]Lighting design is about more than illuminating the artist; it's about connecting with the audience, too. [/tweetthis] 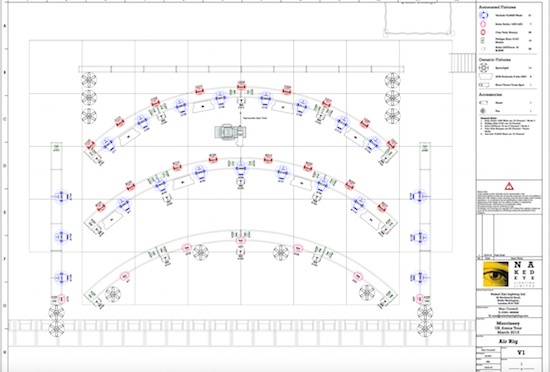 The tools in Vectorworks Spotlight software play an important role in Conwell’s workflow, as well, especially since his designs often have to be adapted for different stages in venues all around the world. “Since different countries often require a different set of lighting fixtures, I use Fixture Replace a lot in Spotlight to quickly swap one lamp for another and update patch information, so the local supplier and the touring operator have the same, correct information for each show,” Conwell says. He also takes advantage of the software’s interoperability with other programs like Lightwright and the connectCAD plug-in. “One of the great things about Spotlight is that it talks to everything. I can import and export to pretty much any format, and any changes that I make to my design get automatically updated to the various third-party programs that I use.” 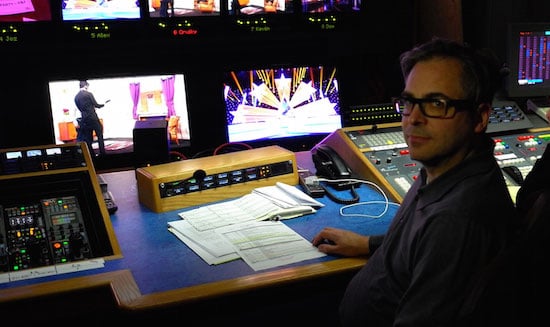 To learn more about Conwell’s work, check out his in-depth case study, which explores how he got his start in the industry and how he’s grown as a designer alongside evolving lighting technology.