Cutting the Ribbon on Our New Atlanta Office

Home to over five and a half million people, as well as the corporate offices of many international organizations, Atlanta, Georgia is now also the home of our second office in the United States. The new, 3,700-square-foot space is located in the heart of Midtown Atlanta, can accommodate up to 25 employees, and will initially employ software engineers to further develop the Vectorworks product line. 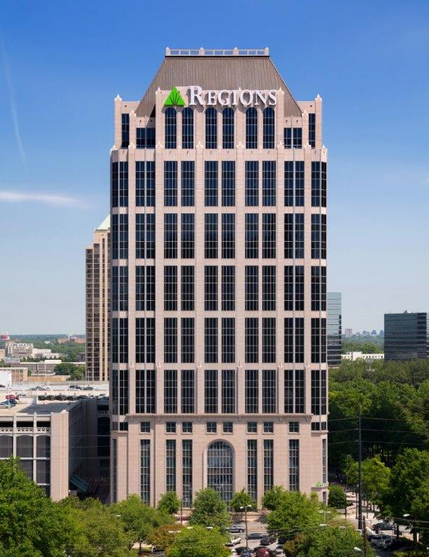 Our second office is on Regions Plaza's 19th floor.

"Several factors contributed to our decision to open the Atlanta office, but location was a prime reason," says Dr. Biplab Sarkar, chief technology officer of Nemetschek Vectorworks. "We wanted our next location to be easy to travel to and in the same time zone as our headquarters in Maryland. The impressive Georgia Tech feeder system was also a highly attractive factor."

Georgia Tech is graduating some of the best talent in the engineering industry. The university's undergraduate engineering program was ranked 4th in the 2015 “America's Best Colleges” edition of U.S. News & World Report, and was cited as one of the best values in American higher education by publications such as the Fiske Guide to Colleges, The Princeton Review, and Kiplinger Business Magazine.

Software Engineer Jack Gruendler is among the initial employees hired for the Atlanta office. "Writing Vectorworks software is the perfect career combination for my academic background as I have civil engineering and computer science degrees from Georgia Tech," says Gruendler. "The Midtown location also drew me to the position because I was previously commuting out of the city to the suburbs, where most engineering and software development jobs are currently offered. Now, my commute will be significantly shorter, and I can have an eco-friendly and healthy bicycle commute on the Atlanta BeltLine instead.”

We’re always on the lookout for talented, motivated individuals to join our team as full-time employees or paid interns. Explore our current job opportunities on our Careers page or follow @VectorworksLife on Twitter to learn about our company culture and to stay up-to-date on Nemetschek Vectorworks news and job openings.