We’ve had a lot to celebrate this year, including our 30-year anniversary, the inaugural Vectorworks Design Summit, and the opening of our Atlanta office. But 2015 isn’t over yet, and we have two more things to celebrate: today's release of Vectorworks 2016 software and the announcement of our rebrand as Vectorworks, Inc.

Our name change represents our continued dedication to supporting the creative process and showcases our identity as a company focused on helping designers across the globe to transform the world. As the first step in this journey, and still as a wholly owned subsidiary of The Nemetschek Group, we’re releasing our 2016 line of 2D/3D CAD and BIM software products. From streamlined project sharing, built-in graphical scripting functionality, and point cloud support to subdivision modeling and a system that measures a design’s energy performance, users will be poised to generate, define, build, and explore form and function through enhanced workflows and improved design processes.

“Designers know that the successful development of their best ideas requires flexibility and precision while leaving open the opportunity for discovery. That’s why Vectorworks 2016 software empowers creativity throughout the entire process – particularly in a BIM workflow,” says Sean Flaherty, CEO at Vectorworks. “Over our 30-year history, we’ve always looked to our users for feedback to improve our software. As we move forward under our new brand with the release of Vectorworks 2016, we will continue to turn to them, both as a company inspired by great design and as a creator of tools that work how designers think, enabling visionaries to explore, model, and solve their next design challenge all in one software package.”

As part of this customer-centric philosophy, over 70 percent of Vectorworks 2016’s more than 100 updates and features were born from customer feedback, according to Chief Technology Officer Dr. Biplab Sarkar, who led the research and development efforts for the new release.

“Delivering accurate modeling information while remaining true to a designer’s vision is the pivotal point of any artistic enterprise,” says Sarkar. “Vectorworks 2016 software’s first-class tools and customizable workflows give you more resources than ever to design with confidence and precision, no matter your discipline, while supporting the creative process.” 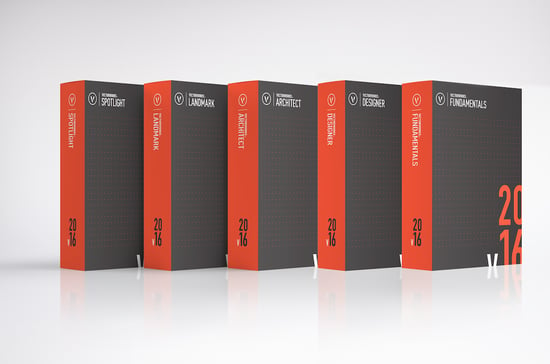 Today’s announcement marks the beginning of Vectorworks 2016’s worldwide rollout. Members of our Service Select program can download their licenses today, and we'll start shipping the English-language version to all other customers beginning September 23, 2015. Over the next several months, we'll release localized versions in nine additional languages.

If you’re as excited about our release as we are, get social with us by using #Vectorworks2016. Over the next 10 days, we’ll be giving away swag, and sharing fun facts and testimonials about new features. Learn more about the release at vectorworks.net/2016.