Inspiration: Music to Your Ears and a Delight for the Eyes

Whether stirred by their breathtaking, detailed designs or captivated by the harmonious sounds they produce, people are always blown away by the intricately built instruments of Dobson Pipe Organ Builders.

For more than four decades, the design, construction, and installation shop has constructed instruments for churches, schools, public spaces, and individuals, with work spanning from their stomping grounds of Lake City, Iowa to Los Angeles, Dallas, New Orleans, Philadelphia, New York City, and even the United Kingdom. No matter the setting, the company strives to create timeless works of musical art that inspire the composer and improviser, and are a joy to both the player and listener. 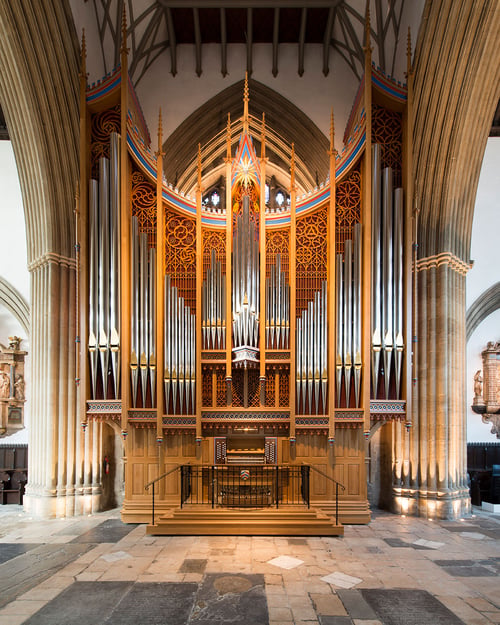 A longtime user of Vectorworks Designer software, Technical Designer Jon Thieszen describes Dobson Pipe Organ Builders' design philosophy simply: "Our number one job is to design the organ. We must keep longevity in mind, ensuring that the instruments last several decades, while also making them easy to assemble."

During the firm's tenure, they've created more than 85 new organs and have completed more than 30 rebuilds and renovations. Each project begins the same way, with Dobson Pipe Organ Builders' President and Artistic Director Lynn Alan Dobson designing the aesthetics of the organ, and then passing the baton off to Thieszen and his team for technical design and construction. One of Thieszen’s team members is his son, Patrick. The father-son duo has worked alongside each other for over six years.

Patrick has made 3D design the centerpiece of his workflow, relying on the robust modeling capabilities of Vectorworks Designer software to complete his work. In fact, he always designs in 3D whether the instrument he is working on is contemporary or classical.

"By using 3D capabilities in Vectorworks software, I have a tool to help my colleagues visualize concepts that they might not have been able to see before," explains Patrick, a designer responsible for general organ building. "3D design is helpful for me when I have an idea in my head that is complex. For instance, if we want to create a design that incorporates several curves or odd intersections, modeling in 3D makes it easier to achieve my design goals."

CameraMatch is another tool that Patrick utilizes to finesse his designs. This Vectorworks plug-in allows users to align their 3D models with existing photographs. Once the view is set, the CameraMatch Masking, Cloning, and Shadow features assist with creating polished renderings directly within Vectorworks. 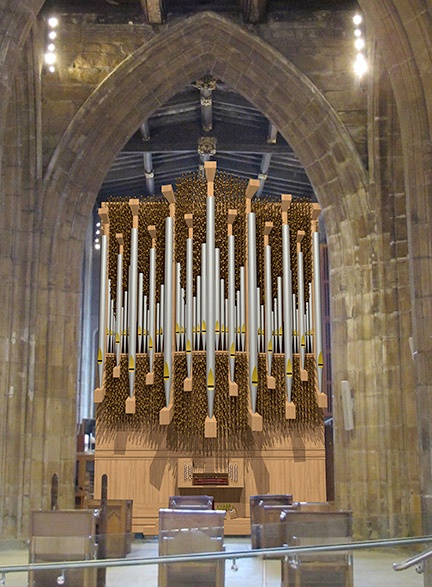 Additionally, the Thieszens are taking advantage of the new Project Sharing feature introduced in Vectorworks 2016. It’s vital that designers at Dobson Pipe Organ Builders collaborate, and the software's new Project Sharing capabilities not only make this possible, but they also make the process simpler, by allowing team members to work in the same Vectorworks file concurrently.

"Vectorworks has done a super job increasing the tools and capabilities of the software, as well as enhancing the program’s organizational structure to make the design process easier and faster," Jon says.

After the design process, the organs are put together in their shop and then taken apart, piece-by-piece, for future assembly at a customer's location.

"Each organ is a one-time prototype, so we have one shot to get it right," adds Jon. "It's easier for us to design parts ahead of time and have confidence that they will fit because we've used Vectorworks software." 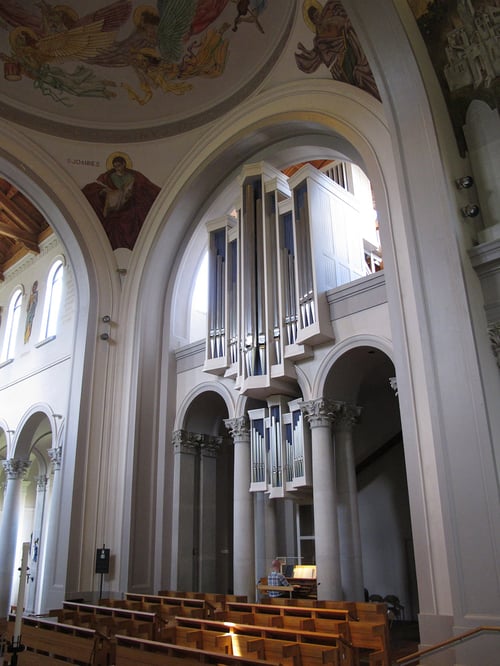 To explore Dobson Pipe Organ Builders and be inspired by their melodious projects, visit their website.

To learn more about the CameraMatch plug-in for Vectorworks software, visit our Partner Products page.