Inspiration: Sunday Services with a Rock and Roll Twist

When someone thinks about attending a service at their house of worship, their first thought probably isn’t about the visually spectacular production they’re about to witness. But that’s just where Seth Thiesen brings his skills to bear as a production and lighting director.

A 13-year veteran of the lighting industry, Thiesen works for North Point Community Church, one of six churches that comprise the North Point Ministries group in metro Atlanta. The Sunday service at each location has a live host and a live band, and the building that hosts the main sermon rotates each week. Services are live-streamed to the other five churches, maintaining a consistent, close-knit family feeling among the 40,000 members of its combined congregations. 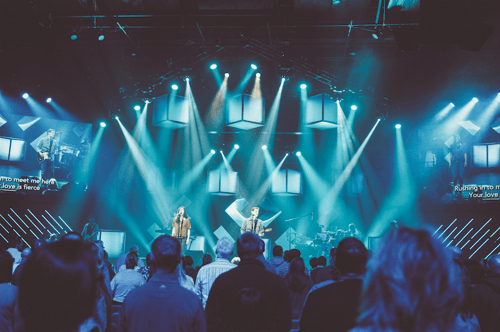 “We don’t water anything down to get people to attend, but we’re definitely more on the rock and roll side with our designs. Our end goal is to create an experience so that a first-time attendee or someone who is unchurched will want to come back next week,” Thiesen said.

North Point Community Church keeps a busy schedule as one of two facilities in the group that typically hosts live sermons. On Monday mornings, Thiesen and his team huddle to review the “game film” from the previous day’s production, assessing what their big wins were and planning for the upcoming Sunday’s service. They design everything from the floor up, including the set, lighting, and scenic design. While the set only changes twice a year, the lighting and scenic design frequently adjusts to adapt to different series, sermons, and bands. 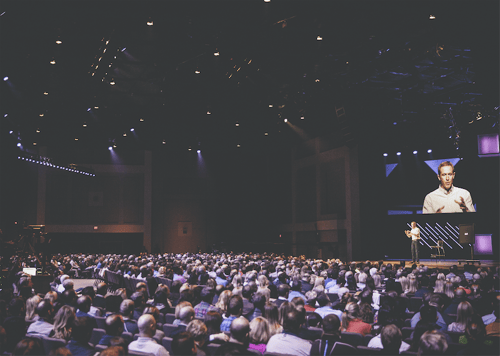 “It’s a balancing act to ensure that the design works perfectly with all the other elements, including the service itself and the live-stream feed, while being careful to avoid distracting from the message itself,” Thiesen said. “The next Sunday is always just around the corner. Each week it’s like pushing a rock up a hill and then restarting on Monday. But it is very rewarding, and thankfully my design tools make it much easier.” 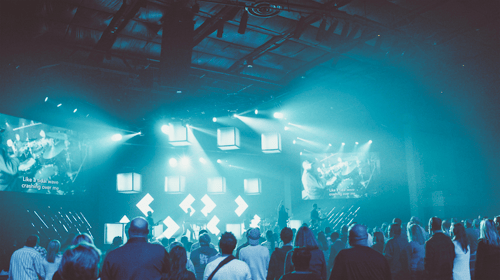 After graduating from Middle Tennessee State University in 2005, Thiesen discovered Vectorworks Spotlight software because of its effective integration with the Vision product line. Currently, Thiesen drafts all his concepts in Spotlight, but it’s not all lights and action. He admits that one of his favorite tools within the program is the LightWright plugin because of how it simplifies his documentation process.

“The LightWright plugin really streamlines the handoff between me and the crew,” Thiesen said. “They’re asking me fewer questions about the design execution, and I’m more prepared for set changes. I’ve learned that the more detail I can get in there ahead of time, the smoother the execution process will be.”

Editor's Note: To have your work featured on Planet Vectorworks, shoot us an email.