There's never a dull moment here at Vectorworks. Dr. Biplab Sarkar, a Vectorworks employee for more than 16 years who has driven the development of our software as chief technology officer (CTO) for eight of those years, has been appointed to chief executive officer (CEO). In other company promotion news, Darick DeHart is now vice president of product management and Steve Johnson is now vice president of product development. The three executives will work closely together in their new roles to pursue future technology advancements for the Vectorworks software lines. 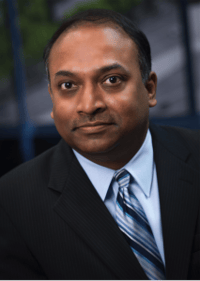 "Through numerous customer visits and with a steady eye on industry trends, Biplab has a clear vision of where we need to go as a company," Flaherty said. "He’s a passionate leader who has built a large, multi-lingual, and multi-location research and development team, complementing our overall doubling of staff in the past three years. This proven leadership, coupled with an unending commitment to innovation, design, and technology, makes him the perfect choice to continue shaping the organization in a way that anticipates designers' needs all around the world."

Sarkar's new role as CEO is a natural progression from his earlier position, where he continually sought out innovative technology and evaluated the competitive landscape to ensure that Vectorworks remained a best-in-class CAD and BIM solution for designers in the architecture, landscape, and entertainment industries.

During his time at Vectorworks, Sarkar was instrumental in the adoption of the Parasolid modeling kernel for Vectorworks software, helping to advance its BIM capabilities by improving architectural modeling tools and support for interoperability, and overseeing the evolution of Renderworks into a premier rendering application built on the powerful CINEMA 4D render engine.

"I'm proud of the role that I played during this important chapter in Vectorworks’ history, and I look forward to driving a strategy that will ensure powerful technological advancements and our continued evolution as a company that's passionate about design," Sarkar said. "I'm deeply honored by this appointment, and thank Sean for his many accomplishments and contributions that will enable our sustainable growth."

Along with the appointment of new positions at Vectorworks, the Nemetschek Group Supervisory Board has appointed Sean Flaherty to the full-time position of chief strategy officer. To learn more about this announcement, read the Nemetschek Group's press release here.