Live from Lisbon: Bringing Rock in Rio to You

The days were warm, the nights were cool, and the shows were hot at Rock in Rio: Lisbon. Over our week in Portugal, we worked hard and played hard, taking every opportunity to interview the lighting designers working at the festival. 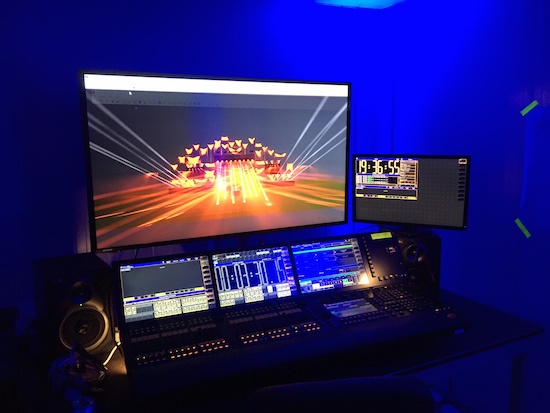 Behind the scenes in the Vision Studio at Rock in Rio.

Our time behind the scenes at Rock in Rio: Lisbon offered an inside look at the way Vectorworks Spotlight software users pull a festival together, including how each designer took the available stage and lighting and made it their own. With a few custom pieces of lighting and a little work in the Vision Studio, lighting designers like Stereophonics' Brent Clark can take a lighting concept that was created to suit many diverse acts and tailor it to the sound and feel of a specific band.

Not only did they customize the existing festival rig, but they also did so quickly and under the pressure of expectant crowds waiting for a show. Even show-stopping headliners installed custom lights and previsualized their shows in a matter of hours. When you have multiple shows on the same stage on subsequent nights, you don't have an option. To quote Queen (who was there, by the way), "The show must go on," and so you load in, breakdown, and move on to the next act quickly and efficiently.

Customizing a single stage to highlight that sort of diversity is no easy feat, but the talented lighting designers at Rock in Rio: Lisbon are doing it. Want to listen to some of the biggest tracks from the main stage performers, including Bruce Springsteen & the E Street Band, Avicii, Maroon 5, Ariana Grande, and Fergie? Check out our Rock in Rio Spotify playlist!