The year is 1945. WWII just ended, millions of American soldiers are returning home, and there is a dire need for housing. Architects across the United States are struggling to find a way to cheaply and efficiently meet this need while still creating beautiful architecture. Enter Arts & Architecture magazine, creators of the Case Study Houses project, which called on designers to experiment with residential architecture and create model homes that would solve the housing crisis. The resulting iconic projects soon dotted the Los Angeles, California area, becoming an influential part of the era's architectural lexicon and inspiring designers for decades to come.

Professor Marco Hemmerling, of the Cologne University of Technology, Arts, and Sciences, and Markus Graf, a research assistant at the Detmold School of Architecture and Interior Architecture, believe that a visit to the Case Study Houses should be compulsory for architecture and design students. However, being based in Germany, they needed a more practical way to expose their students to these projects. Their answer was both practical and innovative, as they worked with students to bring the Case Study Houses into the 21st century by designing them in 3D. 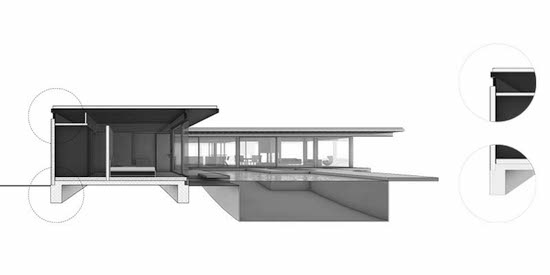 Hemmerling and Graf assigned first-year architecture students the task of modeling the Case Study Houses to educate them about great design and the practical uses of Vectorworks design software.

“We originally wanted to have the students create their own visionary houses,” Graf says. “However, learning the software while also trying to be creative was too much for beginners, so we decided to have them model the work of past visionaries. They learned about the intricacies of architecture and exercised their creativity by choosing their own interior styles for the houses. They also used the Cinema 4D-based rendering capabilities of Vectorworks’ Renderworks software to really develop their design aesthetic. Some of the now-graduated students who worked on this project even work on visualizations professionally.”

The best designs, as well as the work of Graf and Hemmerling, were compiled into the book “Case Study Houses: Digitally Remastered.” The text was published with the help of a Vectorworks Academic Grant and offers new insights into these well-known projects using the power of 3D modeling. 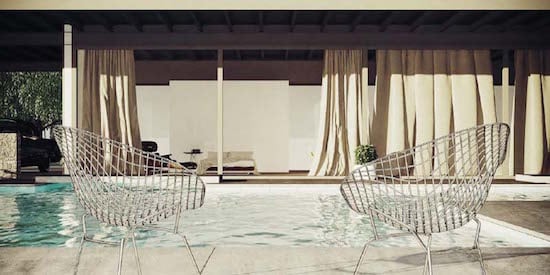 “Seeing the classics in 3D offers incredible benefits, especially in Germany, where many designers are still working in 2D," Graf says. "Understanding the relationships between spaces is very important when learning about the houses, as well. This is made possible with 3D modeling.”

Of all the Case Study Houses in the book, Graf’s favorite is one he completed himself: Pierre Koenig’s Stahl House. The cover image of the book, the Stahl House is a modern style home in Hollywood Hills. Graf used Vectorworks software’s BIM capabilities alongside its Energos energy modeling feature to demonstrate the effectiveness of data-driven design. The model he created includes a wealth of IFC information and is construction document-ready — a useful teaching tool for his students to emulate.

Interested in checking out the Case Study Houses for yourself? Explore the models by downloading them. “I want everyone interested in design to take these models apart,” Graf says. “Use them to train and learn more about these iconic pieces of architecture.”