In the Spotlight: Vectorworks Software Users Win Big at the Tony Awards

This past Sunday was the biggest night in theatre as the best and brightest on Broadway took to the stage at the Beacon Theatre in New York to celebrate the 2016 Tony Awards. Vectorworks Spotlight software users took home some of the top design awards of the night. We congratulate these talented designers and will continue to admire their work as they blaze new paths in the world of scenic and lighting design.

Best Scenic Design of a Play - David Zinn for “The Humans”

“The Humans” photo by Joan Marcus

David Zinn is a multi-talented designer with a wide body of work both on and off-Broadway, creating not only memorable sets, but also bold costumes that have earned him the attention of a number of critics. Now, Zinn has taken home his first Tony Award for Best Scenic Design of a Play.

For the set for this years’ Tony-winning Best Play “The Humans,” he created a bleak duplex Manhattan apartment which hosts the Blake family’s Thanksgiving dinner. The drama takes place on both of the set’s dreary two floors, which are connected by a metal spiral staircase. In his acceptance speech for the award, Zinn comically thanked Director Joe Mantello, saying, “I’m so glad that you were like ‘I wonder who should design a really depressing apartment’ and thought of me.” 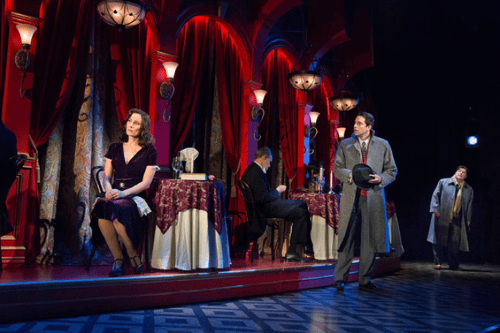 “She Loves Me” photo by Sara Krulwich

David Rockwell, winner of the Tony for Best Scenic Design of a Musical, and his firm, Rockwell Group, don’t just make believable-looking scenery; the group consists of a very active architecture and design practice, working on projects including hospitals, hotels, and events in addition to scenic design for theatres.

Rockwell holds a degree in architecture and uses this talent to provide gorgeous scenery for some of the more notable Broadway musical productions of the 21st century. Rockwell has a knack for transforming simple New York stages into completely different worlds, making the iconic Baltimore row houses in “Hairspray,” a dreary shoe factory in “Kinky Boots,” and now in the award-winning “She Loves Me,” an Art Nouveau-inspired perfumery in 1930s Budapest, among other fanciful locations.

Jane Krakowski, one of the stars of the show, even told Architectural Digest, “I immediately felt like the set was one of the characters — a living and breathing character that dances along with us in the show.” 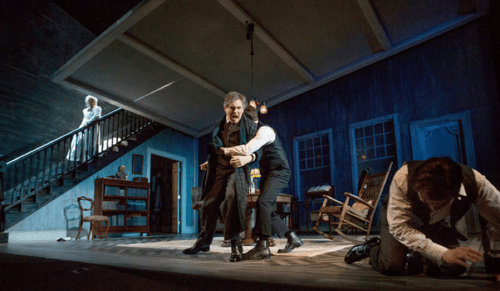 “A Long Day’s Journey Into Night” photo by Sara Krulwich

A veteran lighting designer of more than 30 years, Natasha Katz is credited with designing the lighting for 48 Broadway plays and musicals, including “Aida,” “Once,” and “Aladdin,” as well as a number of operas, dance performances, and other regional performances.

This year, Katz took home her sixth Tony Award for the Best Lighting Design of a Play for the 2016 revival of the Eugene O'Neill play “Long Day's Journey Into Night” by Roundabout Theatre Company. The Hollywood Reporter praised her “expertly modulated lighting” in their review of the play, while Deadline Hollywood singled out the lighting as “exquisite.”

Exposing the inner darkness that plagues a family and set over the course of around 16 hours, Katz said during her acceptance speech that “’Long Day’s Journey Into Night’ is a lighting designer’s dream.”

Best Lighting Design of a Musical - Howell Binkley for “Hamilton” 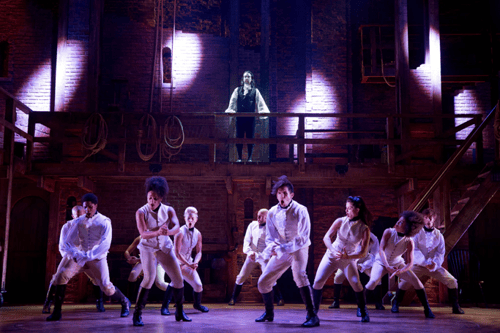 Howell Binkley, winner of Best Lighting Design of a Musical for his work on “Hamilton” (one of 11 Tony Awards that “Hamilton” took home at what has been affectionately dubbed the “Hamiltonys”), also recently took home a Henry Hewes Design Award for the production’s original successful run off-Broadway, marking another high in Binkley’s already grand career.

Creating lighting that matches the highs and lows of such a dynamic show has been no small feat, but Binkley, who has been nominated for a Tony Award more than five times and previously won the award for lighting “Jersey Boys” in 2005, was more than suited for the challenge. He told LiveDesign Online in a recent webinar about how he and his team created more than 1,000 lighting cues for the Broadway version of show.

While many are amazed by his work, in his acceptance speech for the award, Binkley expressed his own amazement at being involved in the historic production, noting, “It’s been an honor and a privilege to be in the room where it happened.”

Congratulations to all the winners and nominees.

Miss the awards? You can view the Tony Creative Arts Awards on their YouTube channel here.