Lighting and previsualizing an event on the scale of the Billboard Hot 100 Music Festival is all about working with tight deadlines and even tighter spaces. Just 24 hours before 40 performers were set to take the stage at Jones Beach Theater on Long Island, New York, entertainment designers were jockeying for space at the front of house to prepare for the coming two days of music, from the festival’s lighting designer Tyler Littman, founder of Philadelphia-based entertainment design company Sholight, LLC, to the audio, video, and laser specialists, as well as artists’ individual designers. Introductions between these varying professionals were brief, as handshakes immediately turned into workflow and logistical discussions about how all the aspects of the show were going to come together. 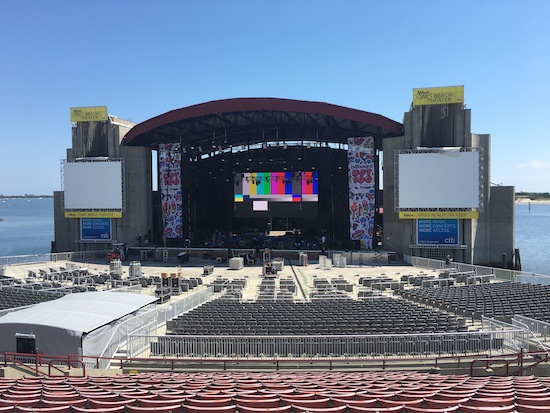 The stage comes together at Nikon at Jones Beach Theater on Long Island, New York, less than 24 hours before the Billboard Hot 100 Music Festival.

Part of this production process took place with the Vision Studio — a previz suite where the festival’s designers transformed their Vectorworks Spotlight lighting models into graphic pre-visualizations of how each performance was meant to look using Vision software. “Meant to” is a relative term, however, as the designs continued to be refined as the local crew and lighting vendor BML-Blackbird worked on final placement of the lights and rigging. For example, as Littman worked on his designs, he could tell that changes needed to be made to his light plot with just a cursory glance toward the busy crowd of technicians setting up the stage.

Using tools in Spotlight, Littman was able to immediately make adjustments to his file, all of which could then be exported to Vision software. Being able to make changes on the fly in real-time is critical with events like this, so the ability to quickly patch and invert parts of a design is a necessity for Littman and other designers. 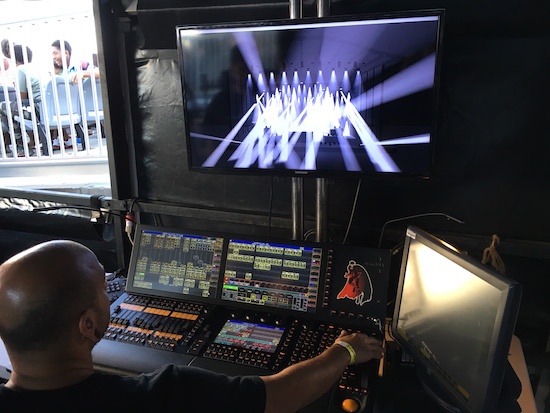 Littman uses Vision software to previsualize an upcoming performance while crowds cheer on the artist currently on stage.

“I’ve used Vectorworks almost every day since 2003, even on the weekends for projects around the house,” says Littman. “I use a library of very detailed, custom symbols that we make in-house to pull information into highly organized worksheets. I also use the software’s architectural tools, like the Wall tool, to turn the 2D DWG files of the venue layout that lighting designers are normally given into comprehensive models that I can use to make more accurate designs.”

As the hours until the performances ticked down, Littman used his expertise, combined with the capabilities of Spotlight and Vision software, to efficiently create and then add, remove, or modify aspects of his designs, making the looming deadline for the performances seem less imminent. His confidence in the communication between the two software programs helped ensure the success of the festival.

“I’ve been using Vision almost since its inception,” explains Littman. “It’s a big part of my workflow for the live music events I design, especially when I have to coordinate with others, like Ariana Grande or Martin Garrix’s designers here at the Billboard Hot 100 Festival.” 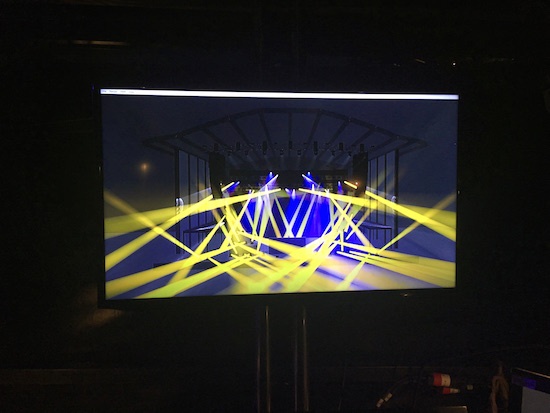 A previz model of a performance at the Billboard Hot 100 Music Festival. 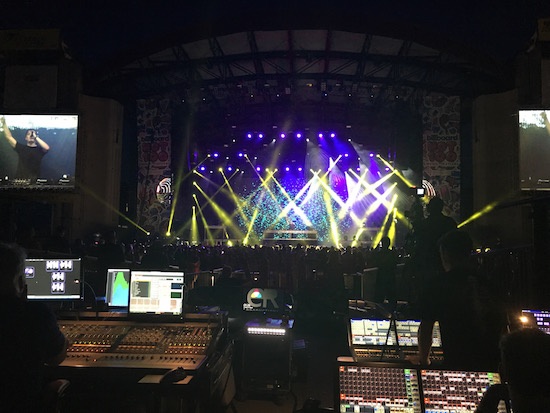 The lighting in action during a performance at the festival.

Once the Vectorworks model is exported, hard work is poured into the Vision model to prepare for each performance. Patches are entered and fixtures updated as the setup progresses on stage. As the previsualization took shape, the abilities of the software to accurately represent how the lights would look during the shows proved invaluable.

“Vision does a great job of even recognizing split colors,” says Zach Hendrix, who programed the GrandMA2 consoles for the festival’s main stage and supervised the previz for many of its performers. “It’s amazing what it can do.”

Using Vision to program the show, Hendrix was able to test different combinations of light, motion, and color to create a library of incredible moments for the roaring crowds. While he worked, Hendrix made adjustments to the Vision file, like modifying the graphical representations of the auras and queuing certain commands in the grandMA2 board, to make things easier for the programmers that followed, including Fetty Wap’s lighting designer, who had never programmed on a GrandMA2 console before but was still able to previsualize his show in Vision.

Part of lighting this festival also included taking Littman’s creative diagrams and transforming them into lighting cues to apply to the show. Littman’s overall design for the stage made it easy to turn these ideas into reality, as his practiced eye for design made the 84-light rig look larger than life. 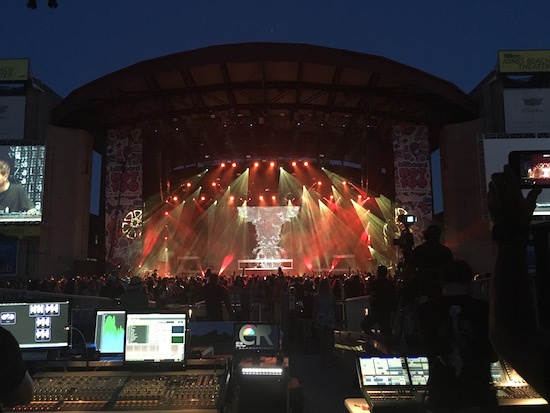 Martin Garrix performs during the first night of the Billboard Hot 100 Music Festival.

“Tyler does an incredible job of creating depth with the lights,” says Hendrix. “They aren’t spread so far apart that you can tell that the rig is small, but they aren’t too clustered together that it looks dense. It’s really easy to make this stage look incredible.”

On the day the festival started, the Vision Studio was still working full force toward preparing for the sets to come. As the bands and backup dancers practiced on stage, the lighting designers and programmers communicated by yelling over the pulsing music to discuss the designs and finesse the previsualizations.

Littman, Hendrix, and Vectorworks’ own Spotlight Product Planner Brandon Eckstrom worked together with other lighting designers at the festival to pull off a successful event in spite of minor technical and logistical snags, like DJ Martin Garrix and his crew, including his lighting and video designers, arriving hours late to the festival due to airline issues. They were in such a rush that they had to take a helicopter from the airport to arrive in time for his set. Since the lighting designer arrived only an hour before the crowds expected to see a dazzling show, the Vision Studio was invaluable to the show’s success, as he previsualized Garrix’s performance while the preceding act finished. 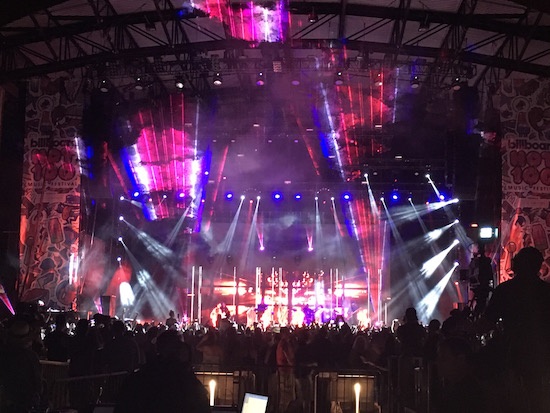 Fans don’t see this high-stakes workflow in action, but you can hear their appreciation nonetheless. As thousands gathered and cheered for acts like Grande, Garrix, and Fetty Wap, as well as Calvin Harris, Rachel Platten, Nathan Sykes, and many more, they don’t realize how their two days of fun on Long Island wouldn’t be nearly the same without the tireless efforts of dedicated designers and programmers working to create unmatched experiences.

Learn more about how you can design and previz your own incredible shows, both large and small, by visiting the Vectorworks Spotlight page, and check out where else the Vision Studio has traveled to this year in this article.