With haunted houses and creepy attractions, it’s no wonder that Halloween, a popular holiday in North America and other regions of the world, is the spookiest time of year. But, what’s even scarier is the daunting task of designing lighting that makes even the most experienced horror-enthusiast’s skin crawl.

When it comes to ghastly entertainment design, look no further than Karyn Lawrence, a Vectorworks Spotlight user and a lead lighting designer at Radiance Lightworks. Lawrence has been working on large-scale haunted attractions for several years and knows exactly how to create lighting effects that make guests’ hair stand on end. Here are her tips for thrilling and chilling frights. 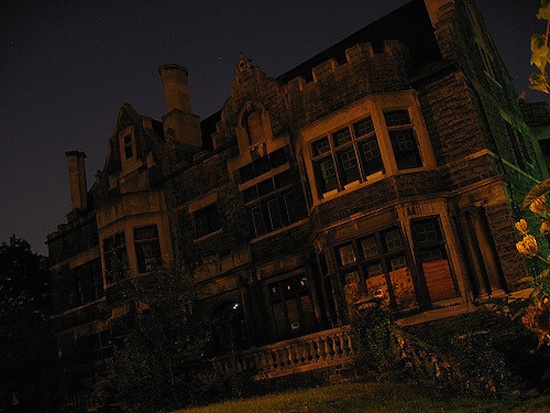 1. Focus on Your Theme

The team at Radiance Lightworks begins the design process for their haunted attractions months before October, concentrating on the attraction’s theme and researching source material. The team watches and reads a lot of horror content to better understand their goal and learn what elements of the genre they should include.

“Whether it’s a movie or a book or a classic story, our theme is where we start,” says Lawrence. “We’re very theatrical in our design approach.”

Lawrence and her team then create two separate lighting plans: one for general ambiance of the surrounding environment and the other for attractions. The ambiance lighting sets the scene and kick-starts the goosebumps as soon as the guests walk through the gate. You can’t skip over the environment around the attractions, as it ensures a holistic, immersive horror experience that builds suspense every step of the way.

Though the dark plays a major role in haunted houses and the horror genre, according to Lawrence, a big challenge for creating optimum, blood-chilling effects is finding ways to carve out striking scenes with light.

“We light and treat every key prop and actor, and use the elements of horror to bring out the key scares,” Lawrence explains. “We have specific moments that are highlighted in certain ways.” 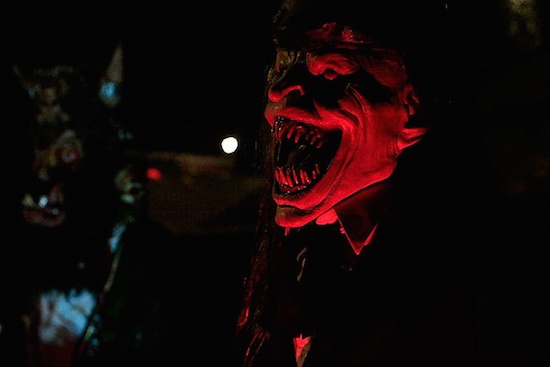 “Walls, props, and scenery that are specific to the theme or should be called out, as well as the actors and performers,” Lawrence says. She notes that even the smallest details, such as wallpaper, doorframes, and props, should be treated and given attention to create the mood and really emphasize important scares.

A good haunted house should be nothing more than harmless fun. Besides highlighting specific elements in the haunted houses, Lawrence’s designs illuminate functional areas and signs to guide guests throughout attractions and minimize risks for all involved.

“We have to find the balance between making sure that all these beautiful props and designs get lit and get featured correctly, and making sure we’re taking care of the guest so they’re not being put in any sort of danger,” Lawrence says.

“When I first started this, I wasn’t a horror fan at all. I was super scared of everything,” recalls Lawrence. However, after having worked on haunted houses for Radiance since 2012 and studying horror source materials, Lawrence is not only familiar with the macabre, but is also now a bit of a fan.

“I really appreciate seeing the growth in the horror genre,” she says. “I find myself seeing some new movies that we’re not even designing for!” This extra research helps Lawrence observe new horror techniques to include in her work.

Besides observing new lighting techniques, she has also learned about how emphasizing different elements, such as sound, can help build the terror and suspense. Lawrence’s team creates a terrifying experience for multiple senses by collaborating with the attraction’s sound designer to time lighting effects to noise cues.

“The teams work closely together, coordinating lights and sounds, to get the maximum amount of scared" she said

Lawrence plans her ghoulish designs by creating intricate 3D models of the attractions in Vectorworks software before she plots the lighting in the key areas. These thorough drafts are then passed to the onsite designers, who can edit the documents to reflect later changes.

“They can plot and update our documents so I can take into account any changes when planning next season,” she explains. “Vectorworks makes it easy to communicate, update, and keep things current.” After all, as a horror movie buff, Lawrence knows that there nothing’s scarier than being unprepared.