Anthony Caldwell, with the UCLA Experiential Technologies Center, set out seven years ago to understand how the legendary Pharos Lighthouse of Alexandria, Egypt, one of the seven wonders of the ancient world, was constructed. Since receiving the first Vectorworks Academic Research Grant, the team has arrived at an answer. “Our research question was: could the lighthouse have existed in the form that is described? And the answer, the bottom line, is yes,” says Caldwell. 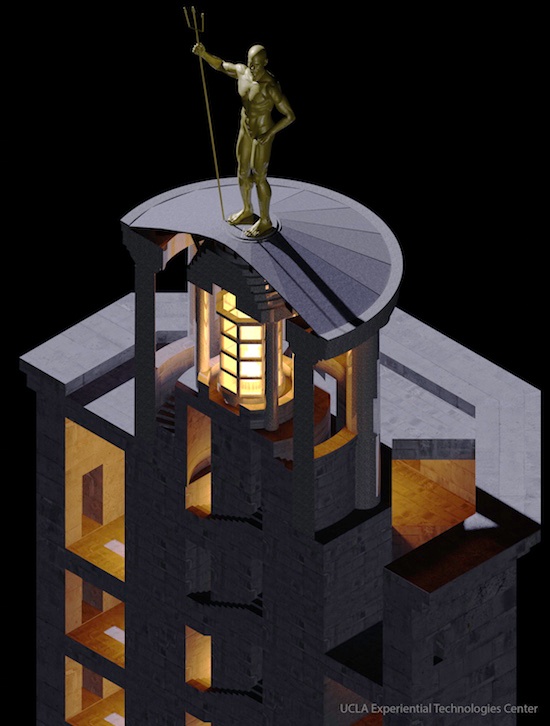 After establishing their model of the lighthouse in Vectorworks software and concluding that such a structure could have existed in the ancient world, Caldwell now says that the focus of their work is developing the best system for sharing their research. “Most of our recent progress is actually focused on refining how we attach scholarly data to the model,” he says. These recent efforts not only impact the Pharos Lighthouse project, but they could also prove useful to other researchers working on similar reconstruction projects. 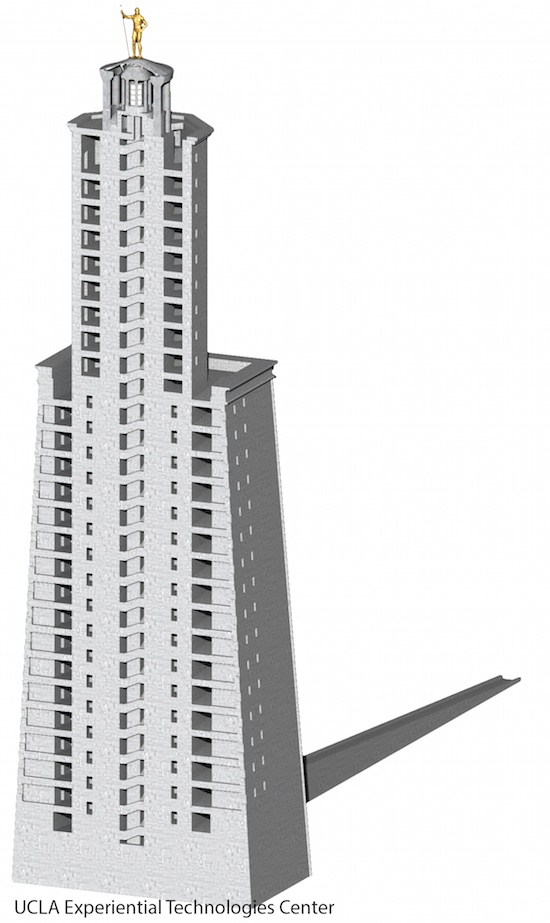 Section cut through the 3D model of the Pharos Lighthouse.

“One of the problems in academic modeling is getting a 3D model that you built, a reconstruction, to be accepted as an academic work. Normally, you would write an academic paper to accompany your model and publish your findings that way,” Caldwell explains. “But there’s a great deal of information in the models themselves that can get lost, so it occurred to me that you could leverage some of the features of BIM to hold and share academic information about the reconstruction.” 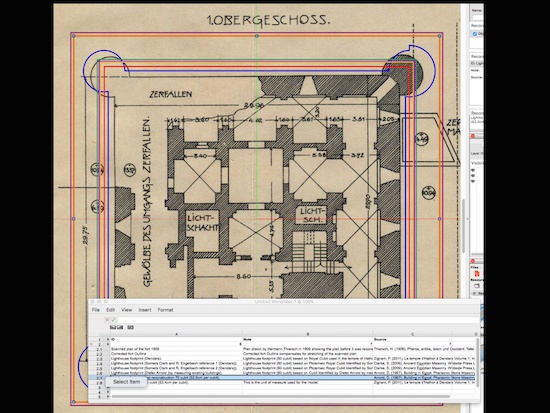 Plan of the Lighthouse with tables used to attach both data and the decisions made regarding each design possibility.

For the Pharos Lighthouse, Caldwell and his team created BIM workflows for attaching a wide range of academic data such as bibliographic and reference information, decision trees, and conclusions to their reconstruction. “We also wanted to publish the avenues we tested that were not fruitful and why we chose one path over another,” Caldwell elaborates. “We really sought to make it a living document that future researchers can build on, and the implementation of BIM within Vectorworks software was quite easy to adapt for this purpose.”

Attaching their data using BIM proved useful as the students involved with the project came and went over the course of their studies. Caldwell explained that when new interns stepped in to work on the reconstruction, instead of having to guess at how decisions were reached, they could look back through the findings to gain a deep understanding of the process. When it came to sending the BIM model out to fellow researchers and scholars, Caldwell worked closely with a team at Vectorworks to make sure that people unfamiliar with design software could easily navigate through the model and its findings.

The different types of data attached to the lighthouse model using BIM.

Caldwell attributes much of the project’s success to the Vectorworks Academic Research Grant. The grant allowed Caldwell and his team to hire graduate students, providing the support needed to drive the project forward. He notes that the grant was also extremely beneficial to the participating graduate students themselves, saying, “I think that the grant allowed them to participate in a project that really enriched their education. This was, for a lot of the students, a very different project than what they’d been used to, and I believe the approach helped them develop their own paths.”

For anyone looking for similar funding, Caldwell suggests preparing an elevator pitch for your project to easily grab people’s attention. “Have a project that you can describe very clearly and explain what your outcome is to be,” says Caldwell. If you’re ready to pitch your project to Vectorworks, you can apply for a Vectorworks Academic Research Grant.