Great Design for a Good Cause with One Student's Master Project

When it comes time for students to start their master project, it can seem like an ominous, looming task, and making up your mind on what to focus on can be difficult, too. But for Raphael Leonida, a recent DeMontfort University graduate, he knew exactly what he wanted to design for his master project: an occupational therapy center. 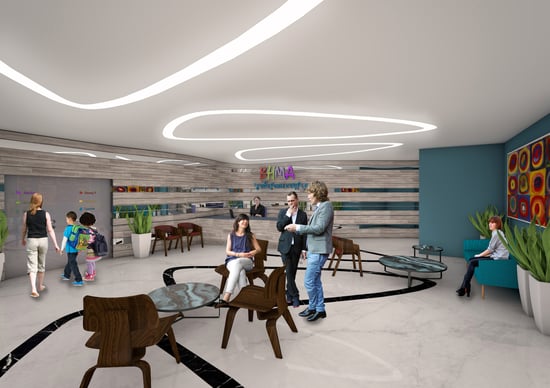 Originally from Limassol, Cyprus, Leonida studied abroad at Demontfort in the United Kingdom for both his undergraduate and master’s degrees. When it came time for his master’s project, he already had his mind made up. “I wanted a final project that would help others while also presenting me with a challenge, and I knew that the occupational therapy centers in Cyprus are not very well equipped, so it was an obvious choice for me,” said Leonida. 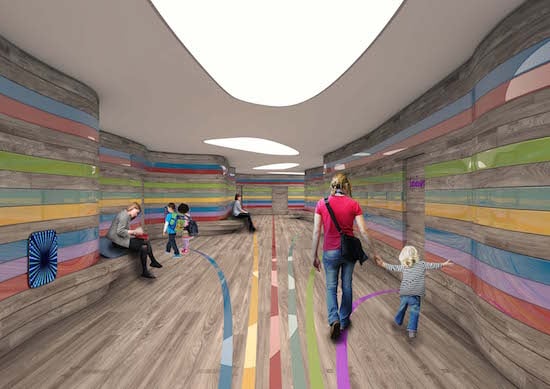 Leonida's rendering of the main hallway in his Occupational Therapy Center project.

As he began the design process, Leonida considered both the practical needs of a children’s occupational therapy center, as well as the occupants’ happiness. Children’s centers such as his project typically serve children ages six through 12, so he knew the environment had to be warm and welcoming to make kids feel comfortable. Additionally, he wanted his design to further support the center’s social and developmental therapy services. Ultimately, he needed to create an aesthetically pleasing space where children could play, investigate, and grow through therapy.

“To ‘design for people’ and to ‘design for design’ at the same time is one of the most difficult parts of a design process,” said Leonida.

[tweetthis remove_url="true"]“To ‘#DesignForPeople’ & to ‘#DesignForDesign’ at the same time is one of the most difficult parts of a design process.”[/tweetthis]

After grasping the needs and the wants associated with the space, he researched occupational therapy centers to gain a better context of the site’s needs and to get inspired. From there, he moved his ideas into the free educational version of Vectorworks Designer software.

Leonida’s 2D plan for his project.

“My workflow always starts with drawing some initial ideas out in Vectorworks, where I then create my 3D model,” said Leonida. “I love Vectorworks because I can design in 3D but at the same time in 2D, too. And, when I finish my 3D design, it’s so easy to quickly create my design’s plans and sections. It’s such a time saver.”

And it’s clear that Leonida more than articulated his vision for his master project as evidenced by the different rooms that make up his occupational therapy center design.

The Sensory Integration Rooms are designed to help children better retain and process information learned through sensory and motor skill exercises. The curved walls give the space fluidity while also including levels of raised steps to be used as either part of the therapy or just for the children to play on. 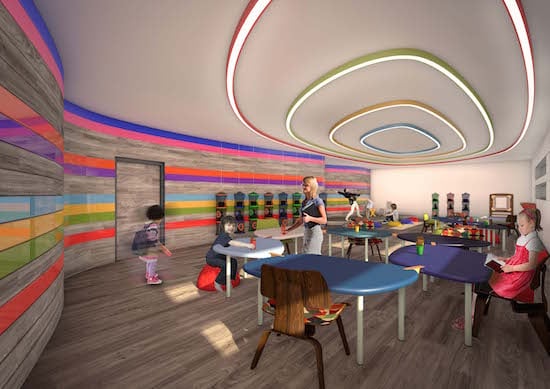 Children with learning difficulties or learning disabilities can use the Teaching Room for educational games and play. Additionally, sensory integration therapy sessions for children in wheelchairs would be held in this room.

Rendering of the Snoelezen Room.

The Snoezelen Room, or multi-sensory environment, is an all-white space transformed by colored light to put children at ease, as well as activate their various senses, using lighting effects, color, sounds, music, scents, and more.

Rendering of the center’s cafe.

The Cafe acts as a community hub for parents. It’s not only a place for them to relax while waiting for their children’s therapy sessions to end, but an environment where they can connect with other parents for support. The cafe also has a more private corner where parents can work on their computers. 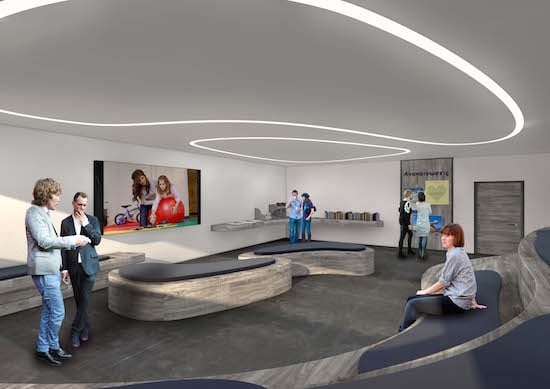 Rendering of the center's Seminar Room.

The Seminar Room would be used primarily for group therapy sessions to talk with parents about how they can further their children’s development at home. 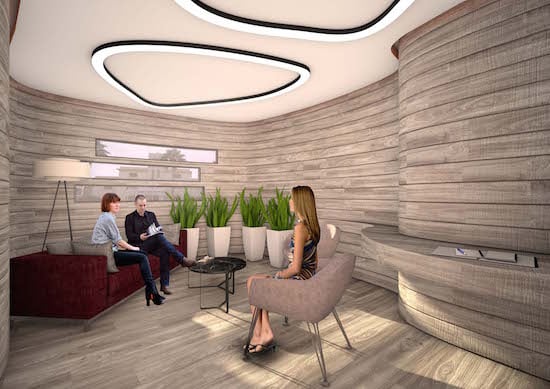 Rendering of the center's Consulting Room.

For private discussions, the Consulting Room is for therapists and parents to explore a child’s progress one-on-one. The friendly environment and warm atmosphere are meant to make parents feel comfortable and relaxed.

For students who have yet to tackle their master project, Leonida has some advice: “students looking to excel in design need to stay current with trends but at the same time need to constantly be refining their own personal style to really set themselves apart from other designers.”

Want to get your designs highlighted by Vectorworks? Use #VectorworksFeatureMe on social media to get our attention.