The Software that Launched 1,000 Events

Since the launch of the 2017 version of Vectorworks software last September, celebrations and learning opportunities continue popping up around the world. Let’s take a quick trip across the globe to see how designers are sharing their excitement about the new tools and features in the latest version of the Vectorworks line of products. 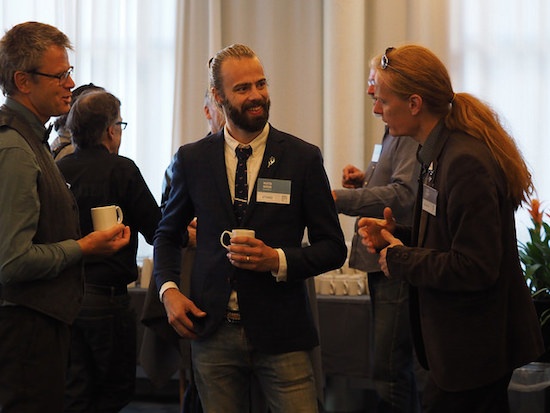 Designers gathered for networking before the day's presentations at Nordic Design Day.

Interest in Vectorworks software has been growing in the Bulgarian market since it was released there in 2015. In September, our international distribution partner Nemetschek Bulgaria gathered over 100 people in Sofia for a day of Vectorworks software exploration at their event, Future of Design. The event offered presentations that demonstrated how major design trends can be accomplished with Vectorworks software, and how the program is used as a design tool across industries.

“We couldn’t be more thrilled that 100 percent of people who filled out our follow-up survey about the event said that Vectorworks software fully met their expectations,” says Sylvia Ivanova, marketing/PR manager for Nemetschek Bulgaria. “Landmark and Spotlight were quite a surprise for our attendees. Currently, people in these industries are using three to five systems to complete their tasks, so they were pleasantly surprised to find one tool that could do it all and more.”

Jumping to Scandinavia, the second annual Nordic Design Day brought designers from Sweden, Norway, Finland, the United States, Estonia, and Denmark together in Stockholm for an enlightening day of networking, thought leadership, and product training. The day featured an informative keynote from Vectorworks CEO Dr. Biplab Sarkar, various break-out sessions, including a demonstration of Vision commands by Frank Brault, product marketing manager – entertainment at Vectorworks, and a happy hour for networking with fellow designers.

Basem Besada, CEO of BMV Studio, the Vectorworks authorized distributor in Sweden, praised the event for the thought leadership it brought to the table. “Mattias Wreland, with only one year of experience using Vectorworks software, gave an impressive presentation that demonstrated how using subdivision surface modeling and Renderworks features produce endless design possibilities,” said Besada. “And the enthusiasm for Vectorworks in Niels Nielsen’s speech about how BIM workflows make him more money was tangible.”

In November, ComputerWorks hosted over 900 designers for Swiss User Day in Zurich, Switzerland. A survey filled out by more than 400 of the attendees confirmed that the second annual event offered learning opportunities that fulfilled the expectations of the visitors. The most successful classes included lectures on efficient planning in 3D and the master class, “Innovations in Vectorworks 2017.”

"The positive response is a pleasure to us,” says ComputerWorks Managing Director Andreas Kling. “It’s rewarding to see that our efforts to solve our customers’ problems are paying off.”

Up to 350 designers attending a workshop at Swiss User Day.

At the Spotlight Users Conference, Brault spent the morning taking users through the new features in Vectorworks Spotlight 2017 and presenting Vision software, Vectorworks’ previsualization solution for entertainment designers. In the afternoon, Brault held an interactive session with users to teach them some tips and tricks for using Vision on a GrandMA2 console.

Most recently, Vectorworks 2017 launched in Japan, where the local Vectorworks distributor, A&A Co., held a ceremony on January 5 to celebrate the first shipment, which included over 100 licenses. 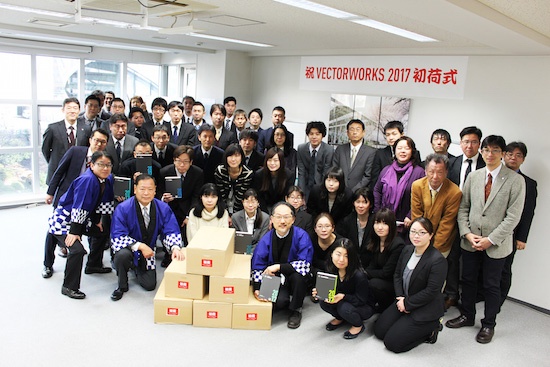 Congrats to all of the Vectorworks distributors who have hosted successful launch events! To learn more about the new features celebrated at these events, head to our Vectorworks 2017 page.