At the crux of our philosophy, we’ve always been committed to developing the best design and BIM software that’s in tune with the needs of designers. To do so, we’ve leveraged input and implemented product feedback from practicing architects, landscape designers, landscape architects, and lighting designers, among other design professionals. Another vital part of these efforts involves the help of our internal industry experts on our product marketing team, so we’re excited to announce that there are three new additions to this ever growing group: Luc Lefebvre, senior architect product specialist, Jim Woodward, senior entertainment product specialist and Brian Nicholson, senior landscape product specialist. After all, there’s no such thing as having too many industry experts.

Led by Jeremy Powell, senior marketing director at Vectorworks, this broad team of industry experts acts as advocates for customers and the industry relating to the marketing and development of products. They provide one-on-one demonstrations of product capabilities, participate in professional association committees, and visit firms in the field as a means to discover current insights for industry-specific tool development, as well as act as fountains of industry knowledge for other internal teams.

Regarding the new additions, Powell said, “We are elated to welcome Luc, Jim, and Brian to the Vectorworks family. With their diverse backgrounds and histories of excellence and service to the advancement of design within the architecture, landscape, and entertainment industries, I’m sure they’ll make an immediate impact as champions of our software. And, as recently practicing designers, they’ll bring additional perspective to our team to ensure our products speak to the needs of designers.”

Let’s delve deeper into these new industry experts’ skills and interesting backgrounds to see what their plans are for the future at Vectorworks. 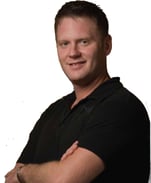 Coming from a family of builders, Lefebvre knew he wanted to study architecture from an early age. He kick-started his journey at Montreal University, where he received his undergraduate degree in architecture. Since then, he’s enjoyed more than 20 successful years in the business.

Most recently, he served as project manager and BIM manager at King + King Architects in Syracuse, NY, where he focused on designing educational facilities and acted as a BIM consultant for both internal employees and other firms. Some of his past projects include Le Moyne College Master Plan and Madden School of Business, SUNY Cortland DeGroat Hall, and SUNY Morrisville Mohawk Hall.

In his office, Lefebvre was responsible for streamlining building information modeling processes and played an integral part in King + King Architects’ company-wide transition to BIM using Vectorworks Architect. This, in part, was his motivation to come work with us, as he enjoyed moving his firm from 2D to a 3D BIM workflow. 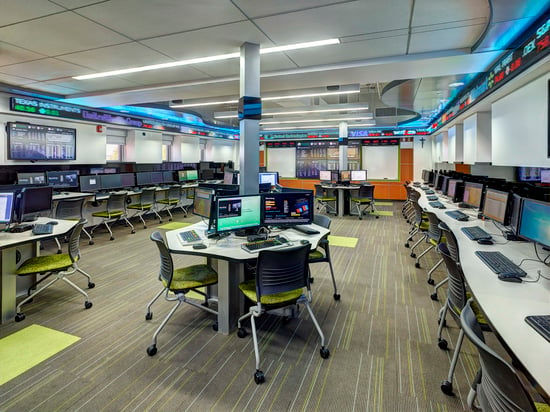 Regarding his shift in careers, Lefebvre said, “I felt like I had just scratched the surface of Vectorworks’ capabilities, and I needed to know more about the software. I wanted to help other people experience that same excitement from learning how to do BIM projects with Vectorworks.” 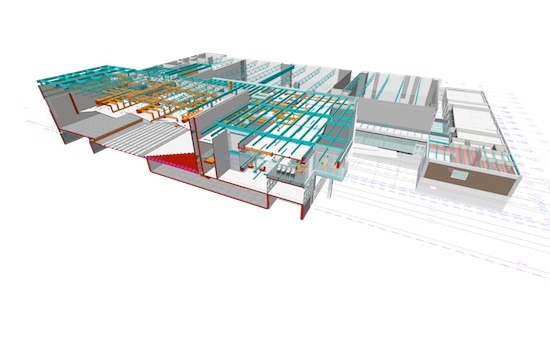 One of Lefebvre’s BIM models for a past project. Image courtesy of King + King Architects.

In his new position, he wants to narrow in on the BIM process, as he’s an ardent believer in Vectorworks software as the all-in-one design tool because it eliminates the need for further applications in the total design of a project.

To explore Lefebvre’s BIM know-how, register for his upcoming webinar, “The Why and How of BIM Implementation,” on February 23 at 2:00 p.m. ET. 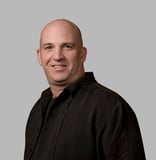 Woodward is another long-time Vectorworks supporter. With more than 35 years of experience in the entertainment design industry, he began touring cross country as a lighting technician as a teenager and never looked back. He later opened his own design company in Boston, ExhibitLogic, with his wife, Shirley Woodward, where they tackled 3D visualization, rendering, and modeling for a wide variety of industries, such as concerts, theatrical events, film, television, corporate events, trade shows, museums, architectural firms, and retail stores. From spearheading concert-like booth and exhibit designs for the NAB Show, the Comdex convention, and the International Broadcasting Convention (IBC) to touring with artists like Aerosmith, Neil Diamond, and Yes, he’s had an illustrious career that has taken him around the world. Furthermore, he’s guest lectured at places such as Boston University and Symphony Hall in Boston, as well as worked on productions, such as “The Proposal” and “Ted 2.” 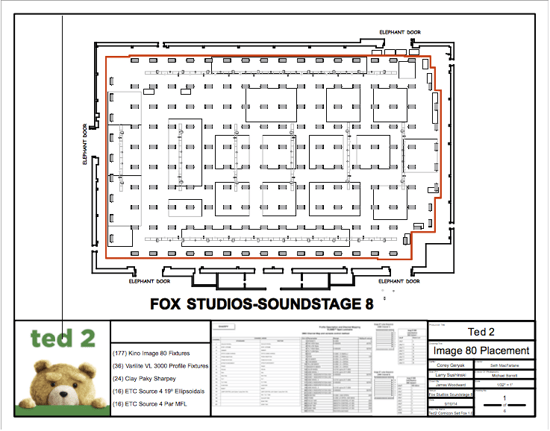 While Woodward’s day-to-day was never the same in his career, there was one common thread: a passion for technology. He started out using Vectorworks Spotlight early on in its existence and immediately came to realize it as the go-to design software for entertainment design. As he dove deeper and deeper into the program, he discovered his passion for pushing the technology’s limits and became widely known in the entertainment industry as a Vectorworks expert. Eventually, he began regularly providing training and consulting services with the software. As a result, he has a star-studded cast of past trainees such as Jim Rood from DMDS7UDIOS. 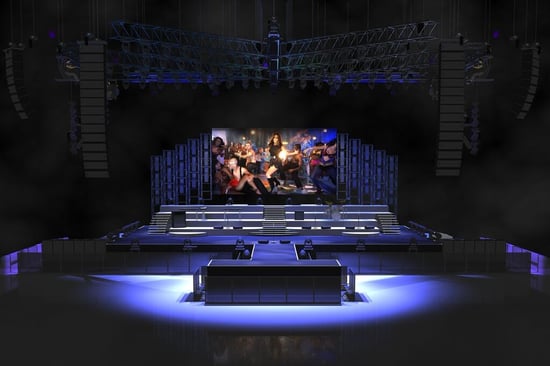 “After I gave my first Vectorworks demo, I was on cloud nine,” said Woodward. “All these years, I’d been under the stage, behind the stage, pretty much anywhere but on center stage. It was my first time in the spotlight, and from there, the rest was history.”

With his Vectorworks skills so advanced at this point, it made sense that this was his next career move.

In his new role, he intends to be a liaison to help communicate industry trends back to the team at Vectorworks, as well as help intermediate designers take their drawing skills to the next level.

To see Woodward in action, register for the upcoming webinar he’s hosting, “Adapting New Technologies to your Production Design Workflow,” on February 28 at 2:00 p.m. ET. 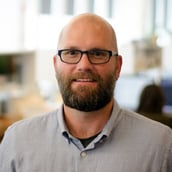 Growing up in the mountains in southern Colorado, Nicholson was ingrained with an appreciation for nature and the outdoors in his childhood. So, it was only natural that he went on to receive an undergraduate degree in landscape horticulture with a concentration in design/construction from Colorado State University. This degree, along with multiple summers of construction experience, prepared him to own and operate his own award-winning residential design/build firm in Denver. He later earned a master of landscape architecture at the University of Colorado Denver and began practicing urban design and landscape architecture internationally.

After laying the groundwork for his career in landscape architecture, Nicholson quickly discovered his inclination for sustainability. His passion for eco-friendly design shines through in projects from his past 18-plus years of experience in horticulture, landscape architecture, and construction administration for firms like studioINSITE, RNL, and Wenk Associates.

Nicholson has applied his sustainable expertise to a variety of projects, including international community master plans, institutional campuses, municipal buildings, streetscapes, and residential homes. For one of his most notable projects, he worked as the lead landscape designer for the National Renewable Energy Laboratory’s (NREL) Research Support Facility, which was designed to be net-zero energy and achieved LEED platinum certification and sustainable SITES gold certification. He also handled the site construction administration for additional projects across 35 acres on NREL’s campus. 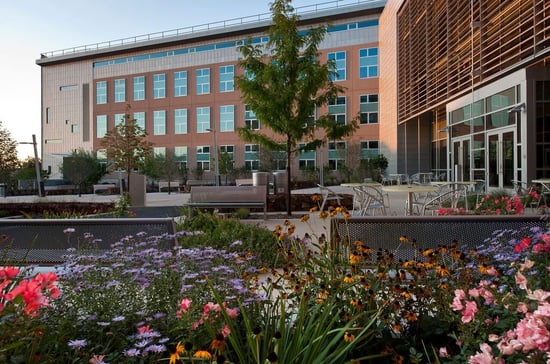 Currently, Nicholson maintains multiple landscape architect licenses and is an accredited green roof professional and LEED accredited professional. He also serves as the ASLA Colorado chapter president where he develops value-added programs for members and advocates for the chapter at the national level.

Regarding his career move, Nicholson said, “Technology is my passion, whether it’s design software or products incorporated in my designs. I’m constantly looking at tools on the leading edge of sustainability, like Vectorworks, so I’ve had my eye on the company for a while.”

So, when the job opened up, it was a perfect fit for where he wanted to take his career. Nicholson is very experienced with Revit, AutoCAD, SketchUp, and the Adobe suite from prior roles, and he’s eager to dive into Landmark. His long-term goals are to expand the adoption of Landmark within the landscape architecture, design, and urban planning industry.

We’re always looking for feedback on our software and bright designers to join our team. Designers looking to work with us should check out our job postings, and those with input on our software should submit their feedback to our feature wish list.