Where Are They Now: Past Winners of the Vectorworks Design Scholarship

We’ve discussed how to apply to the Vectorworks Design Scholarship, what you get if you win, and best practices for applying — but what does it actually mean to win? How can the scholarship affect your professional career and be the major résumé booster that it promises to be? To find out, we caught up with Martha Carter and Morgan Price, who took home a 2015 Vectorworks Design Scholarship, to see what they’re up to now and how winning jumpstarted their careers.

Carter and Price were masters’ of fine art students at the University of California, Irvine who had taken on a variety of projects over the years in their specific niches: lighting design and scenic design. So, when Carter and Price joined forces to work on The Electra Project in 2015, they had no idea that their experimental production would win a Vectorworks Design Scholarship and have a huge impact on their careers. Together they created a spectacular production while overcoming significant hurdles, such as working across borders, time zones, and language barriers with the director of the play, Mihai Măniuțiu, the Artistic Director and General Manager of the National Theatre of Cluj-Napoca in Romania. 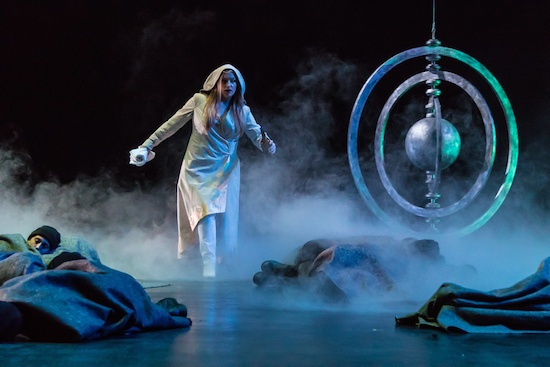 For Carter and Price to best communicate their vision across thousands of miles with the director, they turned to Vectorworks software to produce renderings and digital 3D models. “It’s such a powerful tool to communicate and organize ideas,” says Carter. For students applying to the scholarship, both Carter and Price recommend emphasizing the visual aspects of a project, ensuring they’re the highest possible quality and reflective of the actual production.

Since winning the scholarship and graduating, Carter, who has been pursuing lighting design since she was 14, has been freelancing on many types of productions in the Los Angeles area. She cites winning the free license of Vectorworks Designer as one of the biggest advantages of the scholarship. “I use Vectorworks with every design, whether it’s theatrical or event oriented, or even for laying out the floor plan for a dance production,” says Carter. “I don’t know how I would do my job without it.”

Within her freelance work, Carter’s been able to work on a wide variety of projects, such as Peter Pan and Evita in Panama City, Panama and a dance convention with Break the Floor Productions, where she was challenged to light two new dances every day. Carter was also recognized by the LA Times for her lighting of A Chorus Line at the Chance Theater, saying, “Lighting, superbly designed by Martha Carter, denotes the transitions. Whenever the action turns inward, the lights shift from the bright, flat, naturalistic illumination of the audition to the dimension and color of the mind.” When she’s not freelancing, Carter teaches lighting design and Vectorworks software to high-school students part time at Orange County School of the Arts.

Price has also been busy since graduating in June 2016. She has worked as a draftsperson on a number of plays in Los Angeles, helping translate designers’ ideas from hand drawings to sophisticated computer drafts and digital renderings, sometimes even designing portions of shows. Price lands most of her new clients by impressing people with her drafting skills. “I don’t know how I would have gotten the jobs that I have if it weren’t for Vectorworks,” says Price. “My knowledge of the software has given me such incredible job opportunities, and opened the door for me to work with amazing designers in LA and meet more potential clients through them.” 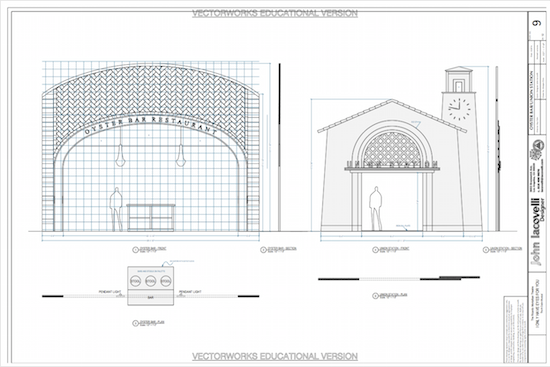 Drafting samples by Morgan Price from the musical I Only Have Eyes For You at the Montalbán Theater in Hollywood. Scenic Design by John Iacovelli. Image courtesy of Morgan Price.

One such occasion afforded Price the opportunity to work on the Shonda Rhimes TV show, The Catch on ABC. While Price was initially hired as an Art Department Production Assistant, within a few weeks she had impressed the production designer with her skills that she was given more responsibilities such as helping the set designer with drafting and the occasionally editing of drafts for the lighting designers. Her work wowed the production designer so much that she is bringing Price along to her next project, Future Man from Seth Rogen, as an Art Department Coordinator. 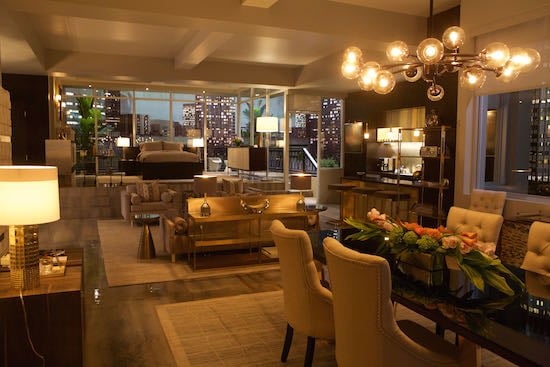 In their free time, Carter and Price devote their efforts toward developing feminist productions. “We have a lot of ideas, but essentially we want to create work that inspires women and minorities to have a voice,” says Carter. “We’re commissioning playwrights to write productions that will hopefully inspire new artists and designers.”

On winning the scholarship, the two are beyond grateful for the prize money, which they’ve used to fund their vision. “I just want to say thanks to Vectorworks,” says Price. “The scholarship was so helpful financially in pursuing the first feminist piece that Martha and I had been wanting to put together. It allowed us to get together a rough reading of a play with actors and minimal scenic and lighting elements. We plan to continue developing the work over the next few years and hopefully get it on its feet.”

If you’re looking to jumpstart your career and win some fuel for your visions, then don’t hesitate to apply to the Vectorworks Design Scholarship. If you need a little more inspiration before applying, check out other previous winners.