We recently caught up with Michael Keller, designer at AMO Lighting LLC, about winning a 2016 Parnelli Award in the Lighting Director of the Year category for his work with Black Sabbath, as well as why Vectorworks Spotlight is the software of choice for those with a passion for lighting and a love of music. 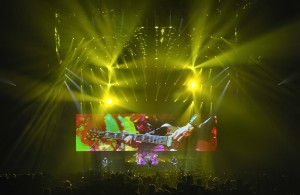 Beginning in 2001 and considered the highest honor for live event professionals – or, better yet, this industry’s version of the Oscars – the Parnelli Awards recognize pioneering, influential professionals and their contributions, celebrating both individuals and companies.

It was a well-deserved accolade for Keller with his expansive background in the industry and list of impressive clients. He kick-started his career in 2001 when he started his own company, AMO Lighting. Fittingly, the company’s name means “I love lighting.” However, the inspiration didn’t originate with love for his work. Rather, it began with an Italian girlfriend, and, in true rock ‘n’ roll fashion, a tattoo of the word “Amo,” which translates to “I love” in Italian. Though the relationship didn’t work out, the tattoo – as permanent ink does – lived on, and Keller found a vision for his company name.

And, from talking with him, it is quite clear that he truly does “love lighting” and spends his days pursuing his lifelong passion. “Throughout my entire life, I’ve always been aware of how colors of light affect how a scene can be perceived,” says Keller. “When I was a small child, I had colored light bulbs in my bedroom, and I noticed how my posters reacted to different shades of light.”

With his childhood cementing his love of light, Keller got his initial start in the industry during high school with a group of friends, one slide projector, and a few overhead projectors. They formed a liquid light show company, also known as “psychedelic light shows,” even holding their first performance at their school.

After high school, he took theater lighting classes at San Joaquin Delta College in Stockton, California, but his passion for lighting live music events quickly consumed him. Upon graduating, he moved to the San Francisco Bay Area, where he started doing lighting for small concerts and clubs. Eventually, he got involved with Bill Graham’s FM Productions, a lighting, sound, carpentry, and videography company. Working his way up, Keller began as a shop grunt – painting, cleaning, and repairing their equipment – before he was given the opportunity to work at Winterland, Graham’s premier concert venue in San Francisco. He stayed there for a few years and eventually became the house lighting designer. In those years, he worked for some of the greatest bands in history, including the Grateful Dead, Jefferson Starship, and Santana. Reminiscing about his time there, he remembers ZZ Top as one of the loudest bands of the time, and The J. Geils Band as one of the best live shows.

While Keller has designed for notable bands and performers such as Tina Turner, Billy Idol, John Mayer, and Aerosmith, what Keller is most known for most is his work with Black Sabbath, as he’s been directing the lighting for Ozzy’s shows since 1999. 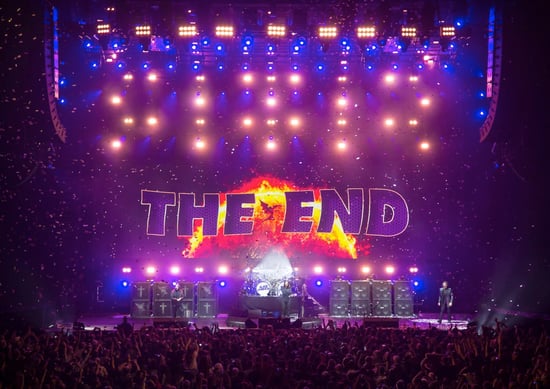 To create these live events, Keller creates his drawings in Vectorworks Spotlight, and then exports them to grandMA2 to bring his visions to life. He really values this type of data exchange, not only for the streamlined compatibility between the programs, but because it makes his job easier and the show’s lighting better.

“I truly believe Vectorworks Spotlight is the most dynamic drafting tool for the lighting industry, so it’s been wonderful seeing it evolve since I first started using the program in the 90s,” Keller says. “I love how Vectorworks continues to improve its software and listens to the suggestions from designers to make the program even more powerful. I’m really enjoying Vectorworks 2017's features too, especially the hoist and rigging tools.”

When asked about where he finds his inspiration for shows, such as Black Sabbath’s “The End Tour,” Keller says it typically just pops into his head, comes to him when he’s sleeping, or stems from collaboration with the Black Sabbath crew, many of whom he’s worked alongside of for close to 20 years. After deciding on a direction, they present their ideas to the band. For this tour, Sharon Osbourne saw a show that had nearly a thousand PAR can fixtures, and she relayed how much she liked it to Patrick Woodroffe, lighting designer at Woodroffe-Bassett Design, who Keller works with closely as the lighting director. Along with the help of fellow Woodroffe-Bassett Design Senior Lighting Designer Terry Cook and Programmer Eric Marchwinski, who was the Grand MA programmer, they put the vision together and the rest is history. 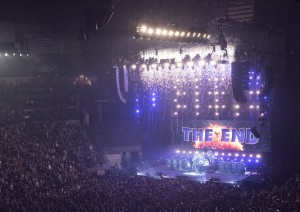 When wrapping up Black Sabbath’s “The End Tour” in the band’s home city of Birmingham, UK, it was an unsurprisingly sentimental moment for Keller. “It was a very emotional and crazy evening since it was the end of an era, the end of a touring dysfunctional family, and the end of a band that had been together for nearly 50 years,” reflects Keller. “I was very lucky to be a part of that family for nearly 20 years.”

But even as his journey with Black Sabbath ends, Keller looks to the future of the next generation of lighting enthusiasts. For up-and-coming designers, Keller urges, “Utilize and embrace the technology that’s available, and the tools that are given to you – they are there only to help you. You should never stop learning and asking yourself, ‘why don’t we do it this way?’ Most importantly, be flexible and willing to change.”