From Shining in the Spotlight to Designing with Spotlight

From a young age, Natali Arco was drawn to the stage. Growing up she dreamed of becoming an actress and being in the spotlight, until she realized she was more interested in being behind the scenes, rather than at center stage. 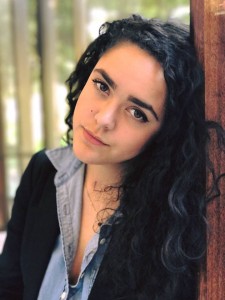 Arco, now a recent Bachelor of Fine Arts graduate from The Conservatory of Theatre Arts at Webster University in Webster Groves, Missouri, first discovered her interest in lighting design through the required tech courses at her arts high school, Alexander W. Dreyfoos School of the Arts. Throughout her coursework, she encountered more and more opportunities to dabble in lighting design, so when she was forced to choose between performing in a show or doing the lighting design her senior year of high school, the former aspiring actor chose design. 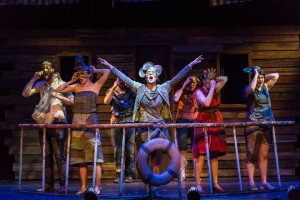 A scene from "Mr. Burns: A Post-Electric Play," a production that took place at The Conservatory of Theatre Arts at Webster University. Photo courtesy of Eric Woolsey.

“That was a real turning point for me,” says Arco. “It was then that I realized that I had found lighting design to be more challenging and fulfilling. There is something really gratifying about seeing the whole process of a show through from the very beginning to the end and seeing your product being executed. It was a kind of feeling that I hadn’t achieved through acting.” 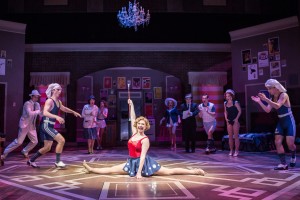 Another production at The Conservatory of Theatre Arts at Webster University, "The Drowsy Chaperone." Photo courtesy of Eric Woolsey.

Since then, Arco has been committed to pursuing lighting design in both her studies and work experience. After two successful and enlightening internships with the Opera Theatre of Saint Louis, Arco snagged an internship that most can only wish for – one with The Walt Disney Company.

Upon starting her internship, Arco realized that the lighting design team did not use her preferred software: Vectorworks Spotlight. Their hesitation to use the program stemmed from the misconception that they wouldn’t be able to get Vectorworks files to communicate with Revit, which surprised Arco. She recalls, “I took it upon myself to prove to the team that the programs can work perfectly well together.”

While completing her extensive projects, which included creating a 3D model of the EPCOT American Garden Stage for the Candlelight Processional, Arco kept in close contact with the team at Vectorworks who helped her along the way. “I feel like I am on a first name basis with the entire tech team now,” jokes Arco. “But really, they were so amazing in helping me figure out how to best have the files communicate between the two programs.

On her most recent project, designing the main stage production at Webster University, the feat of modeling the lighting is even more stunning when you learn that Arco had only designed her first project in 3D less than one year prior to tackling the task. “It’s amazing to see my progression,” says Arco. “I do all my drafting primarily in 3D now, and it’s because Vectorworks makes it incredibly easy. At first it was challenging because I was doing a lot of self-teaching, but the awesome thing is that there are so many YouTube videos, specifically ones posted by Vectorworks staff, that cater to Spotlight users. They provide you with exactly what you need to know to get rolling.”

But it’s not just the tutorials that are making Arco’s life a little easier, it’s also the tools themselves. On her new projects, Arco notes that the new cable tool suite available in Vectorworks 2017 is “a lifesaver.” She also claims that the new Resource Manager nearly brought her to tears of joy. “Vectorworks makes 3D modeling particularly easy with all of its resources,” says Arco. “With the Resource Manager you have access to an innumerable amount of lighting fixtures that you can use in your drawing in 2D and 3D.” 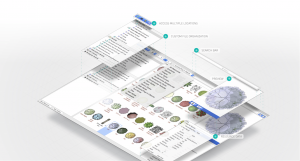 The Resource Manager feature, which first appeared in Vectorworks 2017.

As far as Arco’s plans for the future, she has accepted a lighting design internship with Williamstown Theatre Festival in Williamstown, Massachusetts. Following the internship, she plans to move to New York and begin working as a freelance designer, associate, and assistant. One thing’s for sure: the Vectorworks team can’t wait to see what she does next!