Why You’ll Get More in B’more

We’ve already covered all the great training and networking opportunities you’ll get during the 2017 Vectorworks Design Summit, on September 18 – 20 at the Baltimore Marriott Waterfront Hotel, but what about after hours? They call it Charm City for a reason. With a thriving culture of its own, our host city, Baltimore, has something for everyone.

Read on to get a glimpse of what Baltimore has to offer you.

With an Old Bay obsession that makes the seasoning as common as table salt throughout the city, Baltimore and crab go hand in hand. Whether you prefer the do-it-yourself action of a knife and mallet or the ease of a traditional crab cake, chowing down on some Maryland crabs is key when visiting this city.

Even if you’re not a seafood fan, there are plenty of restaurants and eateries to explore throughout Baltimore’s various neighborhoods.

For Those Who Want to Drink in the Culture

Originally brewed in Baltimore, National Bohemian beer’s one-eyed mascot, Mr. Boh, is a local icon. Natty Boh, as it’s affectionately known, is served all around the city and definitely worth trying when out and about.

A pirate-themed favorite, Heavy Seas Beer is Baltimore’s largest craft brewery. On Saturdays or Sundays, take a free tour (with samples) at their taproom just outside the city, or check out their brews at their restaurant, the Heavy Seas Alehouse, in Baltimore’s Little Italy neighborhood.

Narrow in on other Baltimore breweries and pubs that you can check out here.

For Those Looking for Fun and the Freedom to Explore 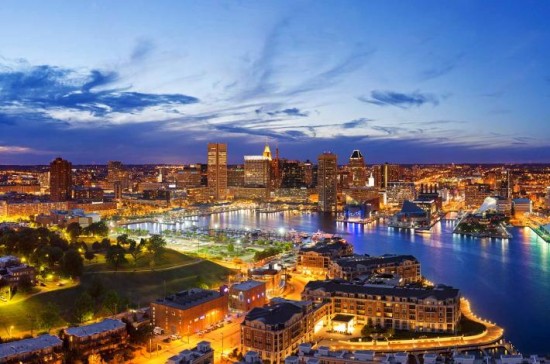 A cultural cornerstone of the city, you can find it all in Baltimore’s Inner Harbor, including great nightlife, shopping, a Saturday night City Lights Cruise, and historic ships open for tours.

Established in 1788, ‘Fed Hill’ is known for its brick row houses, cobblestone streets, and assortment of fun bars and restaurants. Plus, at the top of its namesake hill, you’ll find the best view of the Inner Harbor and city skyline.

You’ll find plenty to explore in Fell’s Point, a waterfront neighborhood with deep nautical roots. Grab some food, take a Wicked History Pub Tour, or explore the area on your own while you appreciate the 18th and 19th century homes and storefronts.

For the Sports Enthusiast

Home of the Baltimore Orioles, Camden Yards is a huge part of Baltimore culture. With a mix of modern amenities and an old-fashioned aesthetic, Camden Yards’ design helped change the construction of ballparks around the country. Stop by for a close-up look or a night game during the conference.

For Those Looking to Learn a Little

The National Aquarium in Baltimore hosts nearly 20,000 animals. Stop by to see the colorful, award-winning Blacktip Reef exhibit, take a trip through Shark Alley, or catch a live show to learn about the daily life of their seven bottlenose dolphins.

The Baltimore Museum of Art

With the largest collection of Henri Matisse’s works in the world, the Baltimore Museum of Art is certainly worth a visit. The museum was originally founded in 1914 with a single painting, but today it holds 95,000 pieces, including the internationally renowned Cone Collection.

Visit the birthplace of America’s National Anthem. Fort McHenry is known for its role in the War of 1812, which inspired Francis Scott Key’s patriotic poem. The fort is open for visitors year-round.

Ready to be charmed by Baltimore? Make sure you register for the Vectorworks Design Summit before August 8 to lock in the best rate possible.