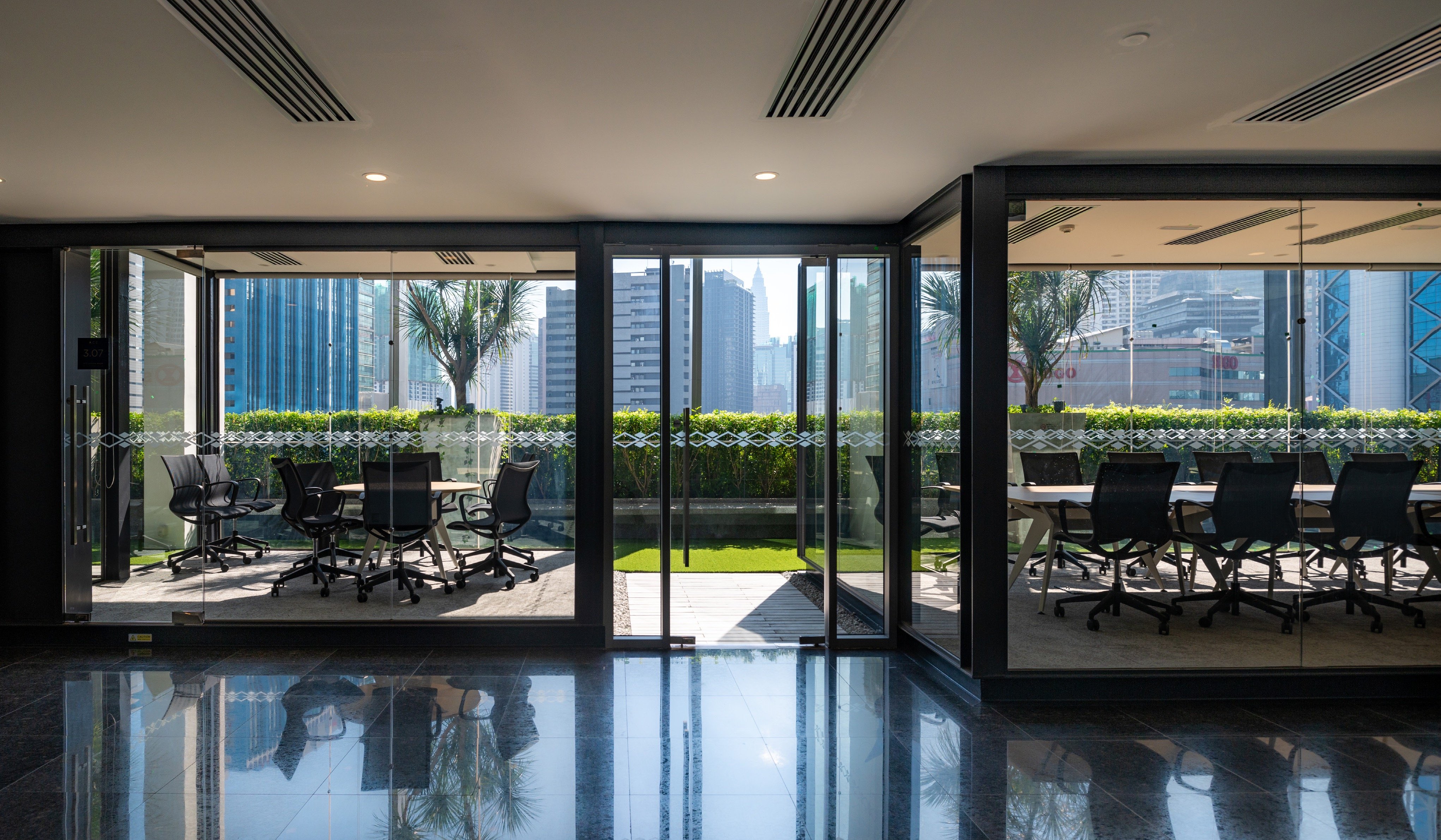 As awards season approaches, many great films are coming to the silver screen. Belfast, King Richard, Dune, and tick, tick … Boom! are all making headlines. But, there are plenty of already-released movies that we think every designer should check out.

Any of Wes Anderson’s films could have been included in this list. Films like The French Dispatch, Fantastic Mr. Fox, and The Royal Tenenbaums are so unique and visually dense that the word “quirky” — which is often used to describe Anderson’s aesthetic — doesn’t do them justice.

However, it’s The Grand Budapest Hotel that’s the ripest for design inspiration.

Since the movie takes place in two decades, the 1930s and 1960s, we’re able to see how color, layout, and other design elements can make the same space feel completely different.

In the 1930s, the hotel is accented with rich purples and powerful reds. It feels regal, charming, and cozy.

In the 1960s, on the other hand, the hotel is more corporate and sterile, with a color scheme that somehow feels more dated than the one used 30 years before.

“The set design really captures the transition between the 1930s and 1960s design style, down to every last detail like color and textiles,” said Nicole Cave, interior designer, BID.

Maybe there’s just something about hotels in film.

Much like The Grand Budapest Hotel, The Shining’s Overlook Hotel is just as much a character in the film as any of the actors. The hotel is absolutely iconic, namely the geometric carpet that grounds the hallways of the hotel.

The wild pattern is a testament to the power of taking a risk with your design. “When designing, taking risks with colorful textiles and wallpaper — like in The Shining — can really make your design pop,” said Cave. “In this film, you see plain walls with a very bold carpet choice in the main hallway. This makes the space feel more lively.”

Remember: all work and no play makes you a dull designer.

There’s plenty of futuristic, ultra-modern design that you can find in movies. And even though Spike Jonze’s Her takes place in the future, its fashion and design are more retro than they are science fiction.

If you’re into mid-century modern trends, you’re sure to love the design of this movie. Specifically, Joaquin Phoenix’s character’s bright and colorful office. “The bold choice of color used in the office space makes for a fun and bright atmosphere,” remarked Cave.

Ultimately, Her’s interior design is a reminder of how cyclical design can be. The styles of yesterday are sure to be the trends of tomorrow.

Based on one of the most stylish novels of all time, The Great Gatsby should be your go-to reference for a lavish design.

Gatsby features dramatic lighting, flowers, and an epic amount of detail that all work together to exude opulence. “The Great Gatsby captures the connection between a luxurious lifestyle and luxurious design,” said Cave. “This can be seen in the architectural elements, and the choice in grand textiles.”

Even the gold pattering on the film’s movie poster is striking enough to kick start your next design project in Vectorworks Architect.

Like the hotels of Grand Budapest and The Shining, the homes in Parasite are not just where the story takes place, but important parts of the story itself.

The Kim family’s small, dark, and partially underground home is in stark contrast to the modern, bright, and spacious home of the Park family. This difference helps tell Bong Joon-ho’s story of classism.

While the sleek, modern lines of the Park family’s home is really beautiful, what you should take with you into your next project is how thoughtful, intentional design can help tell a great story. “Every space is unique, and each project should tell their own story. Just like the homes in Parasite,” Cave said.

If you’re wanting even more interior design inspiration, click the button below to check out “Top 6 Netflix Shows for Interior Design Inspiration.”

The mentioned films are rated PG-13 or R. Viewer discretion is advised.