A 40-Year-Old Masterpiece Celebrated with Vision

To pay tribute to The Wiz’s 40th anniversary, TUTS (Theater Under the Stars) in Houston, Texas presented its own rendition of this classic Broadway musical. New York-based lighting designer Alex Jainchill was tasked to light the production.

Jainchill has produced lighting designs for Playwrights Horizons, Oregon Shakespeare Festival, Denver Center for the Performing Arts, Arena Stage, and Cleveland Play House. He has been the Associate Lighting Designer for two Broadway shows: Old Times at American Airlines Theatre and Significant Other at the Booth Theatre. He was also the Associate Lighting Designer for the World Premiere of Dear Evan Hansen.

Jainchill was contracted to work on The Wiz back in March and, soon after, traveled to Houston for a site visit to see the theater and meet the rest of the production team. They had a few preliminary meetings and eventually came up with a concept for the set, a tunnel-shaped backdrop which provided Video Designer, Aaron Rhyne, a huge canvas to tell the story.

Alex understood that this complex set would be a challenge to light, but he knew it would be possible with the power of Vectorworks design and previsualization tools. “It’s been great using Vision,” said Jainchill. “The software is getting stronger and has become much easier to use.” 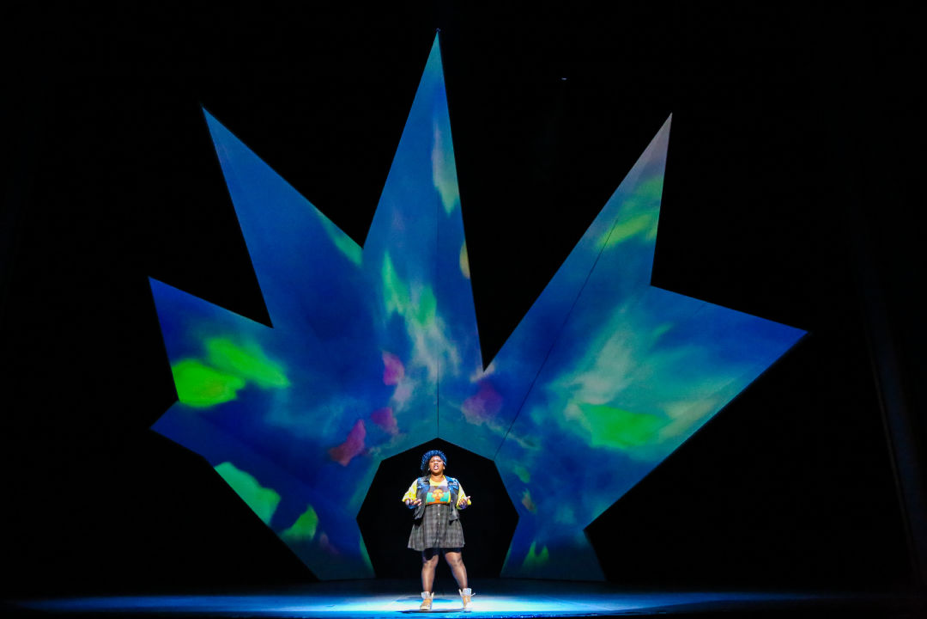 Salome B. Smith as Dorothy in The Wiz. Image courtesy of Jason Sherwood.

“I knew a normal 2D section wouldn’t work for this irregular set because we had to put the lights in a very specific position to get light into the non-symmetrical, tunnel-shaped object,” he continued. “Lighting this peculiar set would have been a total headache without Vision. I spent three days with the programmer, Ben Fichthorn, making sure we had put all the fixtures in the right configuration.” 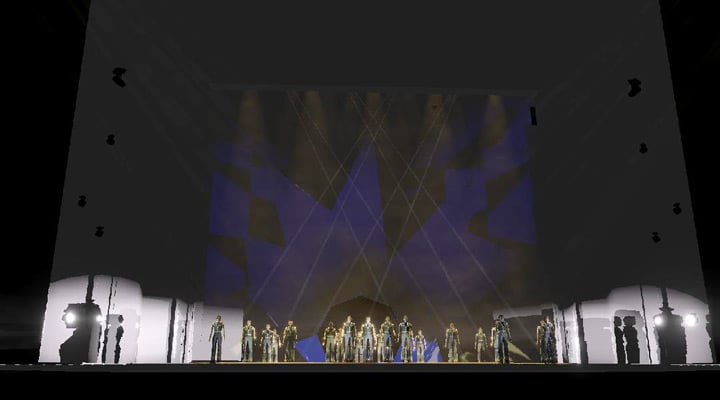 One of Jainchill’s renderings of the production.

This was Jainchill’s first time using Vision specifically as a rendering tool. Once he drew a 3D Model, the rest of his team could easily jump in and work together, which made for a seamless collaboration process. “Masking was a big issue on this show” said Jainchill. “Being able to really show how the masking plan would work was huge.”

“Everyone was super happy with how the show turned out,” he continued. “I loved the team I was working with. We figured out a bold statement for the set. Aaron did beautiful work on a huge canvas. And thanks to Vision, I was able to light the people without lighting the video.” 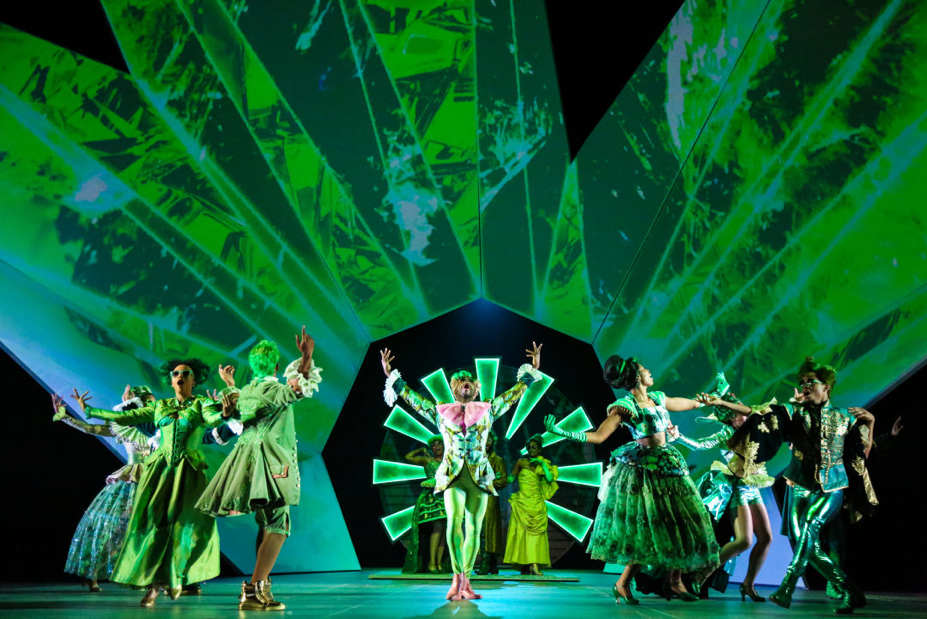