A Look at How to Light the Darkest Season

Sun Effects is a design and production company located in Helsinki, Finland that has been in operation for 20 years, mainly working on projects in Europe and Asia. With a specialization in light art and designing scenography for other forms of living art, the firm’s range of expertise includes architectural light art, light art festivals, living art festivals, large scale events, projection mapping, theater, touring, outdoor lighting, exhibitions, museum and installation works, and corporate shows. One project in particular has grown to become a standing partner and an annual Vectorworks design tradition for Sun Effects — an event called Slush. 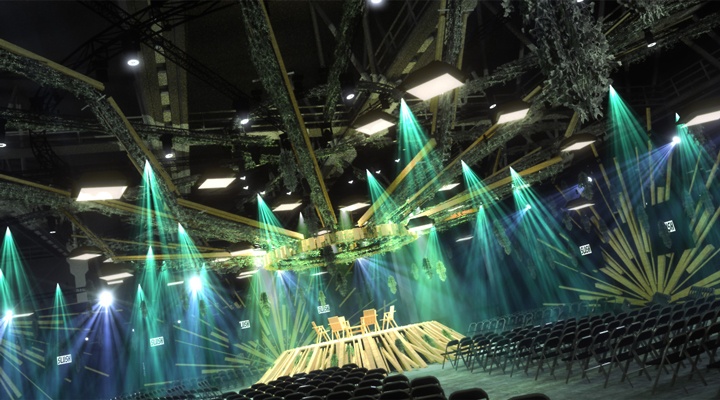 Slush is a non-profit organization originally founded to celebrate entrepreneurship. Held during the darkest time of the year in Helsinki, the aesthetics of the event play a major role in Slush’s signature look and feel.

“Slush started ten years ago as a strong idea on a small venue, but it gained mass pretty quickly,” said Sun Effects Senior Designer Miika Riikonen. “In three years, it was already a large event; in six it was huge. It’s a perfect combination of an event where the content and ideology are top of the line, and it also looks and feels good.”

With a design team made up of eleven full-time members and five to six part-time members, Sun Effects is equipped with highly trained and experienced personnel in light, set, sound, video, media, and graphical design. By using this breadth of expertise to their advantage, the firm has handled many mid-sized to large scale projects.

However, Slush seemed to be on a completely different level; it started as a very small organization that needed to grow as the event grew. According to Riikonen, it was a “bumpy ride” where “many things were learned by trial and error” — an experience that was shared with the entrepreneurs who make up the annual event.

“It takes a lot of guts to jump into organizing an event without any knowledge if the attendees are going to like it or not,” said Riikonen. “Slush and Sun Effects made it work, and Sun Effects welcomes more clients who are willing to take a leap of faith.”

Fortunately for Riikonen, using Vectorworks Spotlight was less about faith and more about utilizing the tools he knew he could trust. He discussed how the software’s features have saved him a lot of time and helped him avoid mistakes.

“Reports are quite important to us. You just need to pay attention when creating them,” said Riikonen. “You lose some elements or count them twice if you’re not careful. This is the first time we have been able to build a comprehensive library. Previously, we had some meshes that were, if we were lucky, named according to the product. Now thanks to record formats we can have all the useful information saved with the symbol. That really saves us time.” 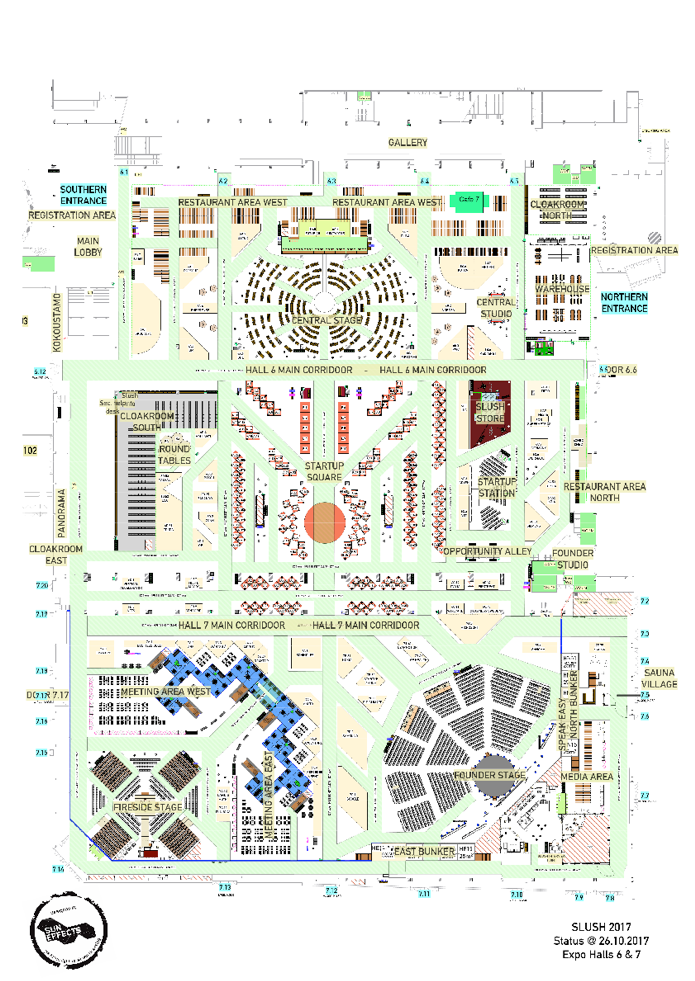 Saving time was crucial to ensure the event’s success. In order to efficiently collaborate with the vast number of rental companies and technicians, Sun Effects used Project Sharing in Vectorworks to share files. The team streamlined their work internally, as well.

“Before Vectorworks, our set designers used 3ds Max, Rhino, or Sketchup, our light designers and operators used Wysiwyg, and our Virtual Reality guys used 3ds Max and Unity,” said Riikonen. “Now, our design team can use one software, which gives us a stronger fail-safe and more flexibility in sharing tasks. It doesn’t matter anymore if somebody’s on sick leave. One designer can now pick up where another left the file.”

This enhanced workflow is key, as Slush continues to grow exponentially year after year.

“We produced 7044 documents in 1182 folders for Slush 2017,” Riikonen said. “And we do not expect much less in 2018.” But with plans to unify their internal design processes, the firm is ready for this challenge.

“I love to draw with Vectorworks," said Riikonen. "I wouldn't change it now that I've learned to work with it.”

Want to hear from design professionals like Sun Effects?
Learn more from Riikonen and others at Nordic Design Day 2018 in Helsinki.