A Promising Look at the Future of Vibrant Visualizations

Noah Record is no stranger to designing stages for high school productions. After all, his interest in theater design stems from his own experiences in high school. But after working with the Illinois High School Theatre Festival for the past five years, he realized that his students wanted to be treated as professionals and pushed to learn as much as they could. So, he decided to raise the stakes — by integrating Vectorworks Spotlight and Vision educational licenses into the program’s production of the musical Big Fish. 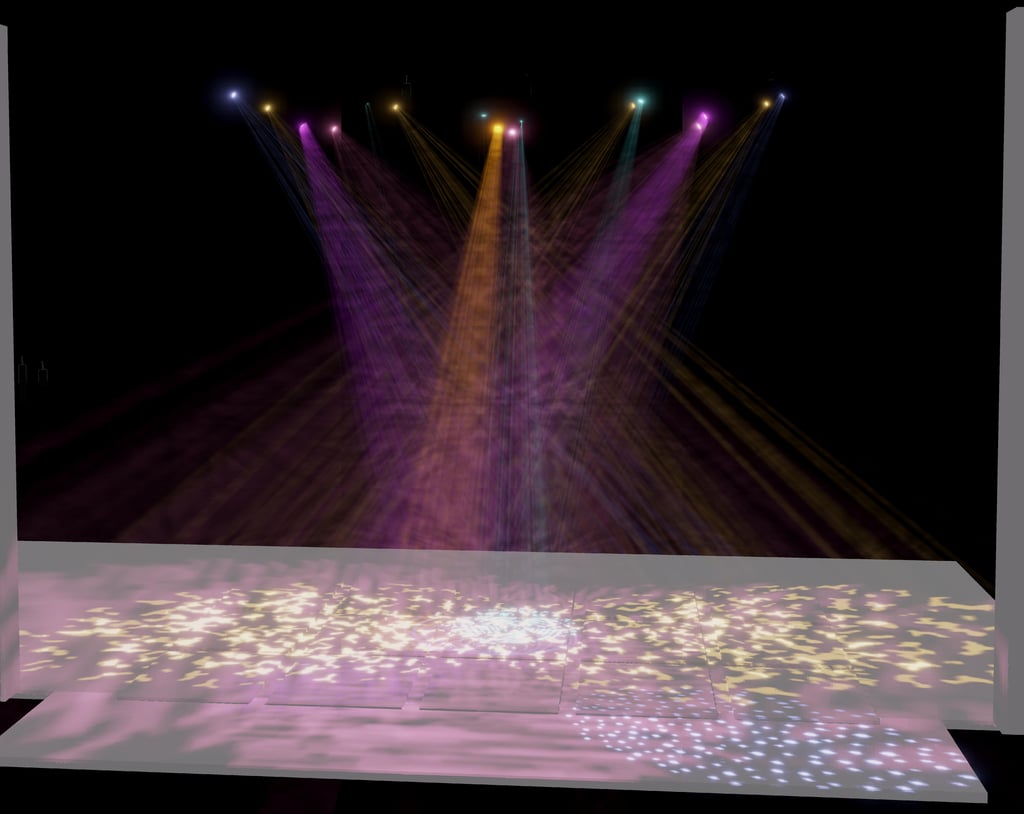 “It’s fantastic because it’s high schoolers throughout the state and they all come from a wide variety of backgrounds,” said Record about the festival. “You take these students who are the best of the best and push them to excel, so then it becomes this infectious, awesome, learning experience.”

According to Record and his students, their positive experience was heightened by their hands-on application of Vectorworks software. 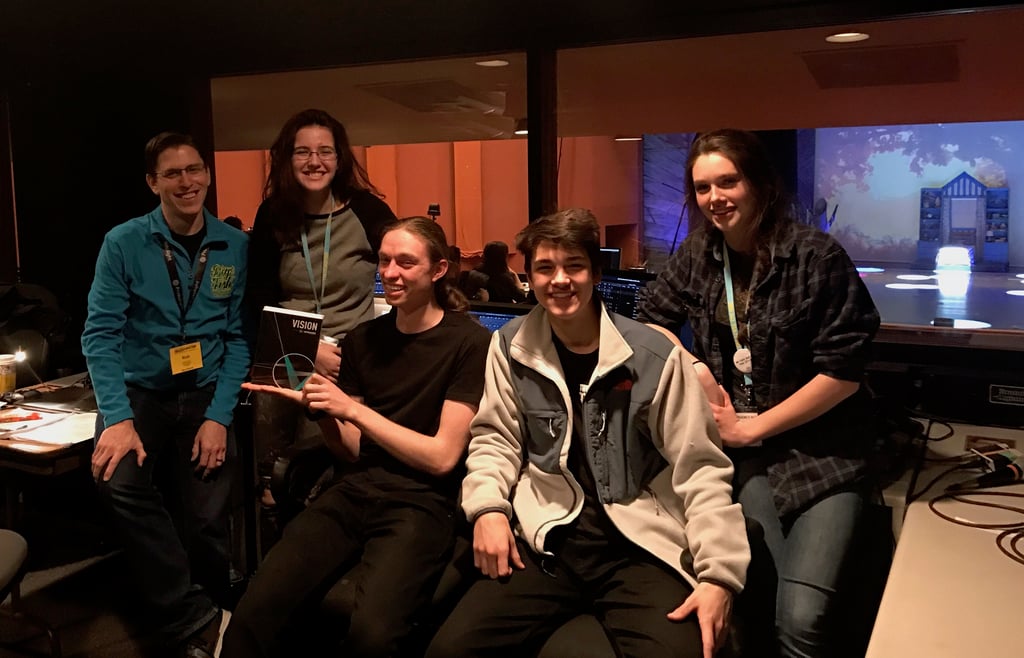 Out of a handful of students, only a couple had worked in Vectorworks before. Regardless of previous training, every student learned tips and tricks on how Vectorworks can enhance their design processes.

“We talked about why my plots might look different from their plots,” said Record. “I show them that I have my own library of symbols that I have been working on for years.” 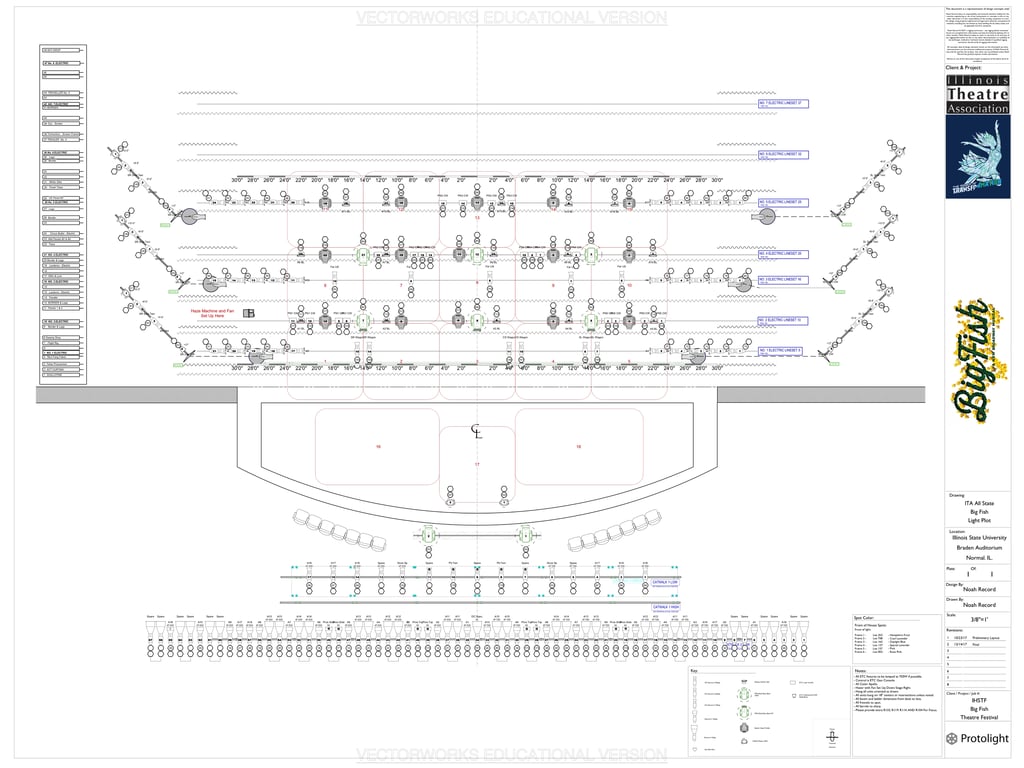 His teaching sessions also highlight specific Vectorworks features to demonstrate the benefits of using the software.

“We’ve talked about the Mirror tool,” said Record. “When we do that there’s always this big revelation of time-saving. And then we also discuss the auto-numbering feature and things like that.”

When You (En)Vision the Future Now

When it came to Vision specifically, one of the students, Brian Gallagher, took it upon himself to go above and beyond the more simplistic lighting designs that were required the program.

“I had the most experience with Vectorworks out of the group, so it made sense that I would be the one to dive in further,” said Gallagher. “At my high school, we create all of our lighting plots with Vectorworks, so I have used the lighting functions quite a bit. I was first introduced to it my sophomore year, and I started using it pretty regularly to plot shows.” 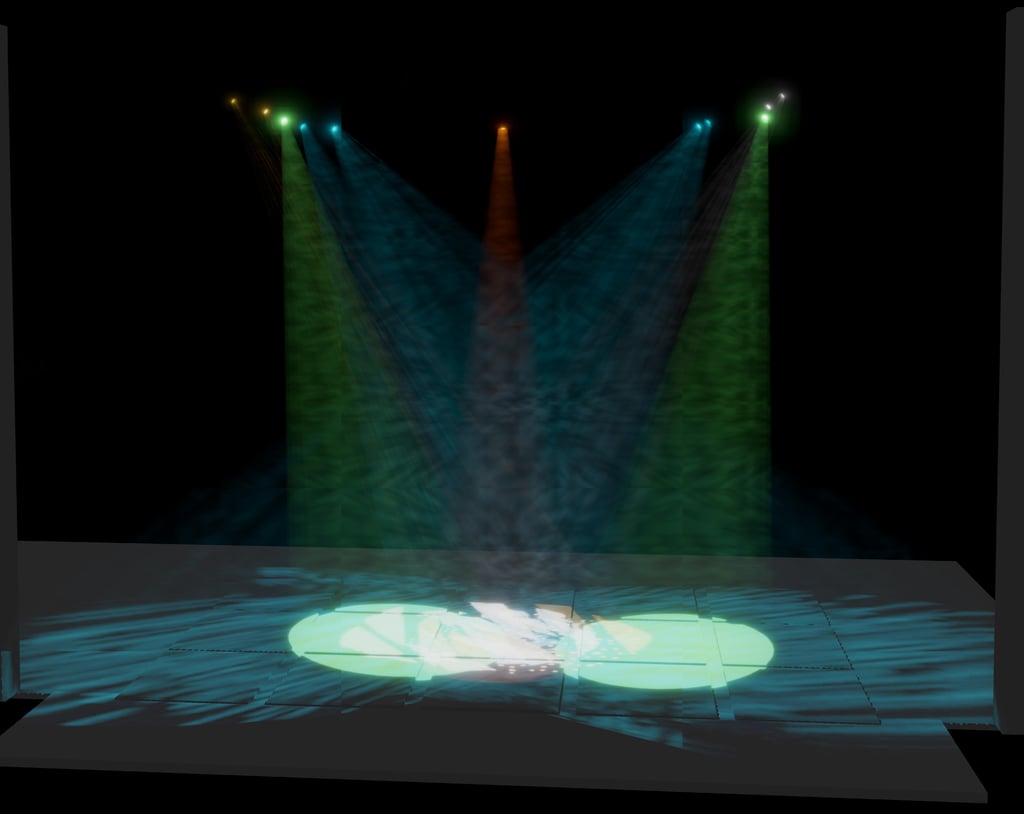 Gallagher was not the only one who had a positive experience interfacing with Vision.

“The value of Vision is definitely not lost the students, and I think the ability to push themselves to learn complex programming is really important,” said Record. “Because their high schools don’t have tens of thousands of dollars to rent giant moving light rigs, they can’t just sit around and figure out how to manipulate all these different values. It’s something they’ve never done before. So, I think that’s where Vision can really stand out and be its own tool that doesn’t even have to be geared toward the super high-end professional.”

“The compatibility between the two programs was really awesome,” said Gallagher. “The fact that, with one menu, we could send our lighting plot directly to Vision saved us a lot of time and energy. I also really liked being able to work with our fixtures before we actually got into . It made me feel a lot more prepared than I would have otherwise.”

The Right Reasons to Pay It Forward

is thankful that Vectorworks helped him provide this experience for his students.

“These kids want to learn these consoles better, they want to do these cool shows,” said Record. “For Vectorworks to be able to step up to that position, let them and their imaginations go crazy, that’s huge.” 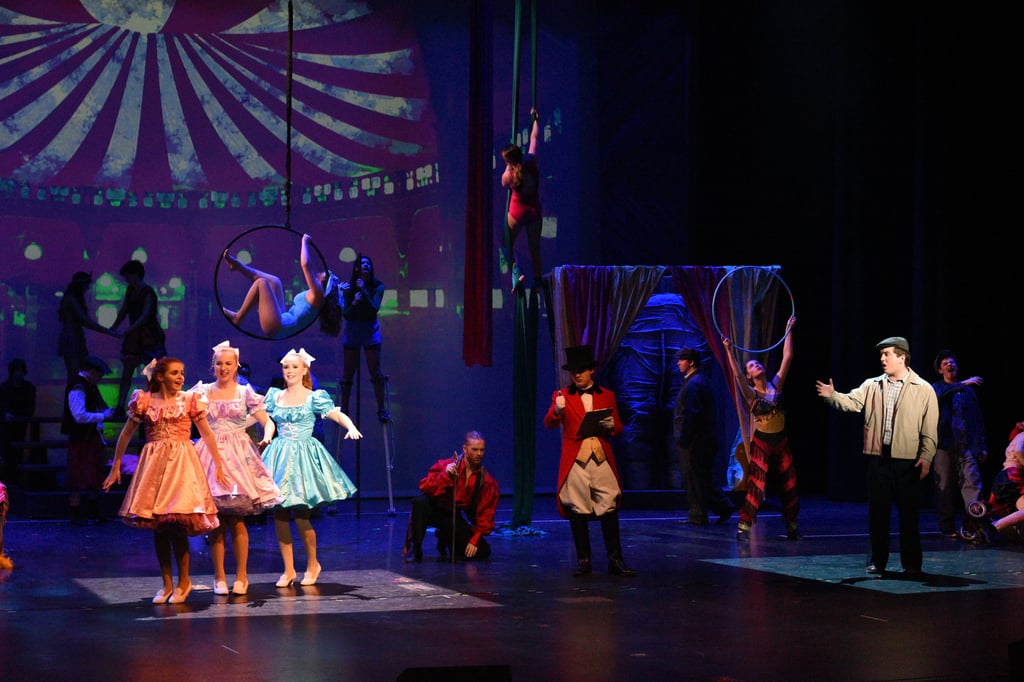 A scene from a performance of Big Fish. Image courtesy of Noah Record.

“I had not worked extensively with a visualizer before, so this was an entirely new experience,” said Gallagher. “It was really interesting to see how a visualizer could be used to cut down on the amount of cueing work that we had to do after we loaded in the show. It was awesome how accurate the visualizer was.”

He recommends that other Vectorworks Spotlight and Vision users take advantage of any opportunities to give back to the next generation of designers.

“This is a unique and extraordinarily powerful tool,” said Record. “Why not take all the time and energy you’ve already invested in your plot and take it to the next step?”

For Record, this type of opportunity can be a potential for all of his students.

“I believe if they continue on this path, they’re going to really need this for the rest of their career,” he said.

Want to incorporate a Vectorworks educational license into your programs?