Architecture Around the World: Mexico, Colombia, and Argentina

Latin America is home to countless architectural wonders, some thousands of years old and some paving the way for the future. Our new distribution partners at Aufiero Informática are bringing Vectorworks to Mexico, Colombia, and Argentina, supporting Latin American designers as they create beautiful and meaningful projects across the globe.

Here are just a few things we love about design in these countries:

Mexico City holds the current title of World Design Capital, granted by the World Design Organization for its role as a model city for tackling urbanization challenges and improving livability. Innovation, creativity, and passion drive designers to blend old and new in this global city.

Mexico is also home to 35 UNESCO World Heritage Sites, meeting the organization’s criteria “to represent a masterpiece of human creative genius,” and leading the Americas as the country ranking highest on the list.

Colombia is also rife with charming structures from the past. But modern-day architects are revamping its cities one project at a time, complementing the old with the new to ensure a safe, clean, livable future.

Take Medellín for example. As one New York Times article describes, “For some time now, if you asked architects and urban planners for proof of the power of public architecture and public space to remake the fortunes of a city, they’d point here.” The city’s leaders incorporate architecture into their plans for community development and education, linking improvement efforts to “glamorous infrastructure.”

Bogotá, the country’s capital, is also home to several architecture and urban design projects aimed at boosting quality of life. Successful improvement projects — like the TransMiCable public transit system — continue to inspire innovative entrepreneurs to revolutionize their city through creativity. One firm even developed a line of toys modeled after their design of the popular Bosque de la Esperanza community sports center. 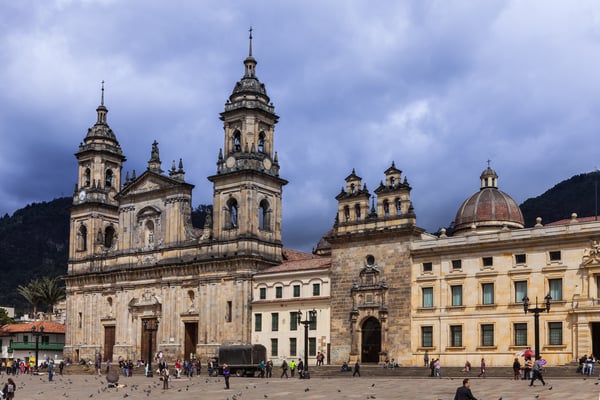 Argentina’s capital city, Buenos Aires, was recently chosen by the Bureau International des Expositions (BIE) to host Expo 2023 — as the first Latin American city to host a BIE convention. With a theme of “creative industries in digital convergence,” the Expo will last three months and attract millions of tourists, so the location is not chosen lightly.

Like Mexico and Colombia, Argentina’s aesthetic marries ancient and modern architecture to create a charming and livable space. Buenos Aires ranks 91st in the world for quality of life, making it the second Latin American city on the list. You could fill an entire vacation with architectural sight-seeing around Buenos Aires without running out of destinations. 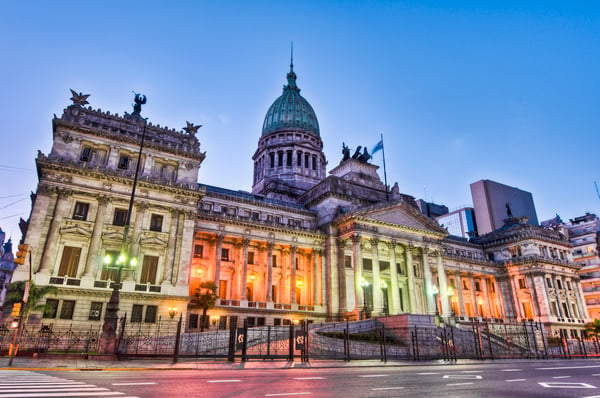 Palace of the Argentine National Congress, a tourist stop in Buenos Aires. Image courtesy of iStock.

We’re honored to work with Aufiero Informática to spread Vectorworks across these architecturally diverse, impressively innovative, and uniquely beautiful countries.