Designing in Love | an Archeo-tainment Strategy

It’s unusual for a couple to base their personal relationship on what they accomplish professionally — but that’s exactly what Patrizia De Masi and Walter Lutzu have done.

From Italy, the couple are co-founders of Photonika, a company aimed at producing experiences that place human well-being front and center. Though Patrizia focuses primarily on architectural lighting design and Lutzu focuses primarily on entertainment lighting, the two have shared such a deep interest in each other’s work that has given birth to unique concepts, the latest of which is called “archeo-tainment.”

The fruits of their blend of professional specialties can be appreciated in a project they are now implementing in the Kingdom of Saudi Arabia. The heritage village Al Basta shows what Patrizia and Walter believe is “the future of lighting design.” 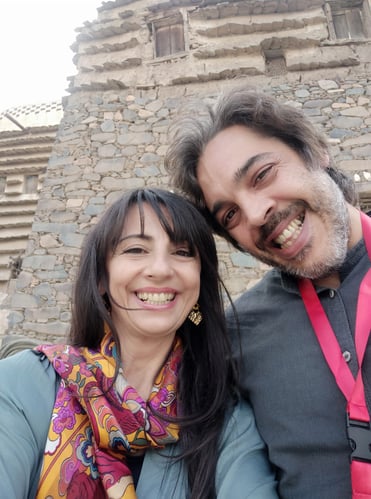 The old village is also known as Al Qabel District and is believed to have been settled by a mix of different ethnicities, as Yemenite merchants and pilgrims on their way to the Holy Mecca, though very little know for certain, Patrizia explained. The only sure thing is that this village emanates an unresistable charm. Enlisted in the Vision 2030 program, this urban testimony is part of the government’s efforts to preserve and revive a cultural background which is not yet completely uncovered.

The project landed in Patrizia’s hands when a university professor connected her with the Saudi Arabian government. She was thirlled and a little overwhelmed by the chance to deal with a culture she loves. 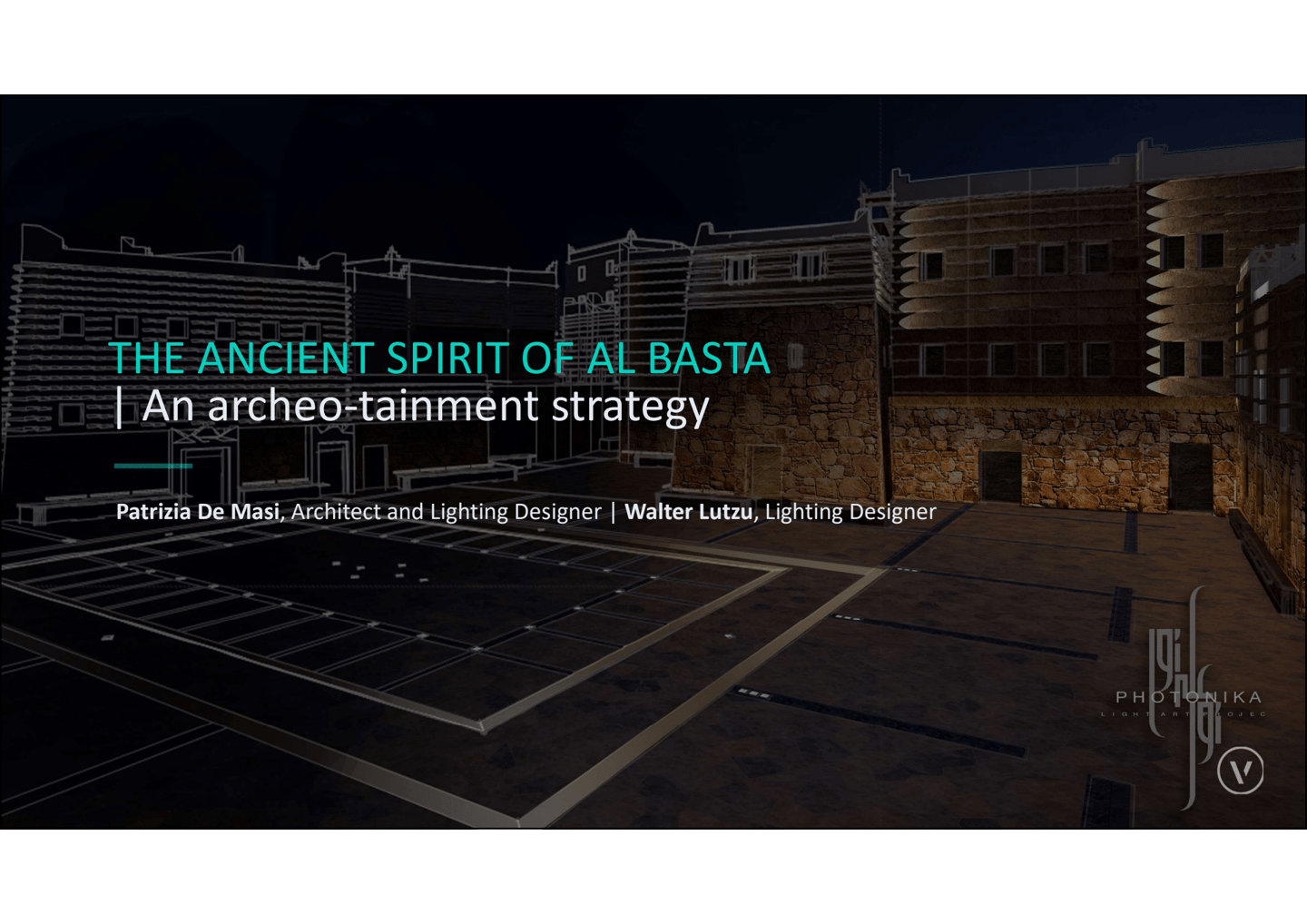 “I was already fond of the cultural background of the Arabian civilization, which is the actual cradle of our modern knowledge,” she confesses. “I was immediately confident with the request, though I was asked to conceive a proposal within just two weeks — it was a challenge because I hadn’t even have the chance to visit the site, though I was provided by a rich photographic documentation. I dared betting everything on the theme of the Arabian Cultural Renaissance, even before knowing about the program Vision 2030."

And she indeed hit the mark: in fact, the proposal was immediately appreciated, and the adventure began; for more than one reason, actually, because in that moment she and Walter had also stepped for the first time into the Vectorworks world.

“To us it has meant more than one challenge," Walter confirmed. "We finally could start to design the way we love the most: multilevel and simultaneous action.”

Patrizia and Walter approached the project from an urbanistic, architectural, and lighting point of view. “Between us, both professionally and in private life, it works like this," Patrizia explained. “I have a vision, I share it with Walter, and he starts barking: ‘You are a dreamer! That’s not possible! Come back down to Earth!’. But then he always comes around. With the Al Basta project, he used to stay up at night working and in the morning in white-flag mode he claimed ‘Ok, it is possible!’."

Patrizia laughed while she told the story, as did Walter. 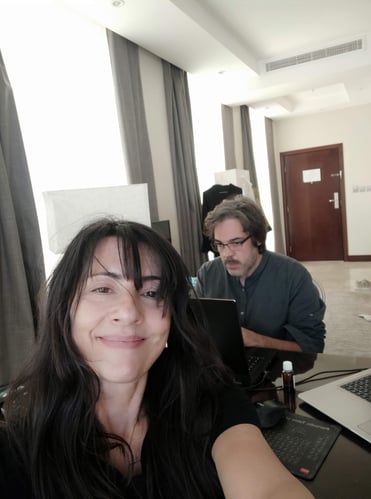 Patrizia conceived the initial concept as an urban planner by dividing the site elements into categories, a strategy she attributes to the legacy of a past professor, Kevin Lynch. This allowed her to home in on specific pieces of the project and develop an understanding of the urban identity. Then she proceeded on the lighting front, coming up to a final masterplan, and Walter took care of the complex technical setup. In the process, they coined the new term “archeo-tainment,” which they explain in greater detail in a webinar which you can watch on Vectorworks University.

“The goal for the project was to literally bring the ancient spirit of Arabia back to life with the use of light,” Patrizia said. She and Walter achieved it thanks to a respectful immersion in the local culture and traditions.

Architecture and lighting design are usually two very different pursuits, typically occurring in separate software programs. It’s unlikely that both occur simultaneously, not to mention having also the option of specific entertainment lighting. For Patrizia and Walter, who work with the full package software, that's the strength of Vectorworks — they get all the functionalities of Architect, Spotlight, and Vision, working together in the same file while speaking the same design language.

“From a technical standpoint, the Al Basta project allowed me and Patrizia to fully explore the power of Vectorworks,” Walter said. "I’ve tested in advance many softwares to properly afford the project, given the challenge it represented. There were so many different levels of design and in the end Vectorworks has proven to be the best in performance and versatility.”

Even still, the software means more to the couple than an avenue to accomplish their designs. “Moving to Vectorworks marks the point where Walter and I started dealing together with a wider perspective,” Patrizia says. It symbolizes a new era in their relationship — together in love, with decades design ahead of them.