For long-time lighting designer Joseph Oshry, being away from the theatre is like “being in a sensory deprivation tank.”

But, while the COVID-19 pandemic has kept him away from his creative home, Oshry has found opportunity in adversity by publishing a book on the complex beauty of light.

Studies of Light, released in late December of 2020, feels like a deep, calming breath in this era of anxiety. Filled with stunning pictures from his own productions and everyday moments of lighting serendipity, Oshry’s book dives deep into the different forms and functions light fulfills on both the stage and in our daily lives.

“The idea is to make pretty much anyone aware of how light impacts their environment and affects their moods,” Oshry said. 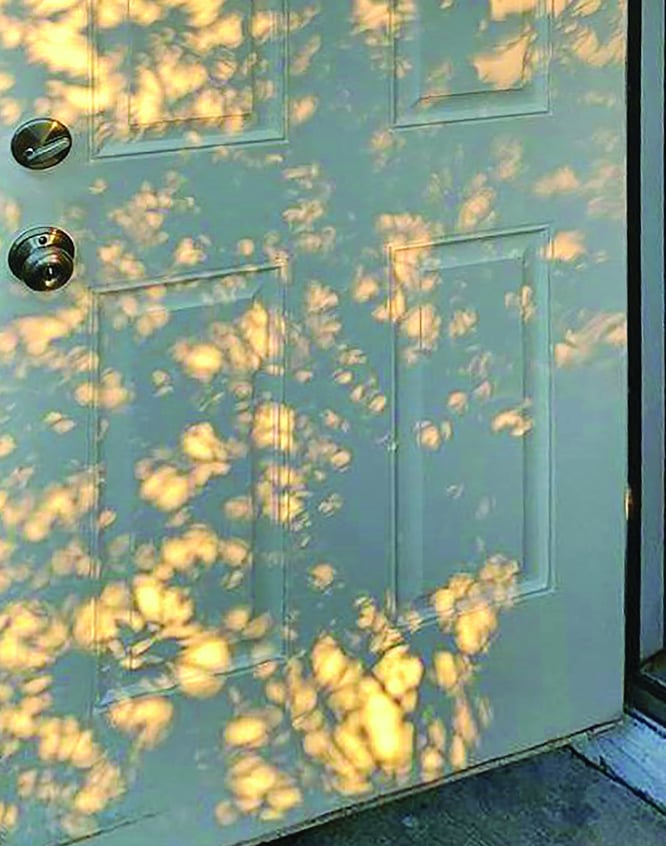 A study of light and shadow on a door. Courtesy of Joseph Oshry.

The Connections and Collaboration Behind Oshry’s Design Process

From Oshry’s perspective as an experienced lighting designer for the stage, light is a unifying force that helps us connect our emotions with our environment. For readers unfamiliar with lighting design, this insight could come in handy when putting together a home office or appreciating the mood evoked by an evening walk on the beach.

For a theatre audience, Oshry’s approach to light encourages a holistic understanding of story and stage working in tandem. “I tend to see light as a glue that irons all the elements together to help make a cohesive statement,” Oshry said.

Oshry says his creative process starts with the show’s script, then leaves room for big creative moments — moments, he says, that always strike once he’s in front of the live stage.

Readers get a direct look into Oshry’s workflow in his “Page to Stage” chapter, which compiles pieces of his work at different stages of the design process.

“For audiences, it gives them a greater understanding of just how much work is involved in the development of a lighting design,” Oshry said.

A look behind-the-scenes at Oshry’s lighting for the musical “Newsies” at Manatee Performing Arts Center in 2018. Courtesy of Joseph Oshry. 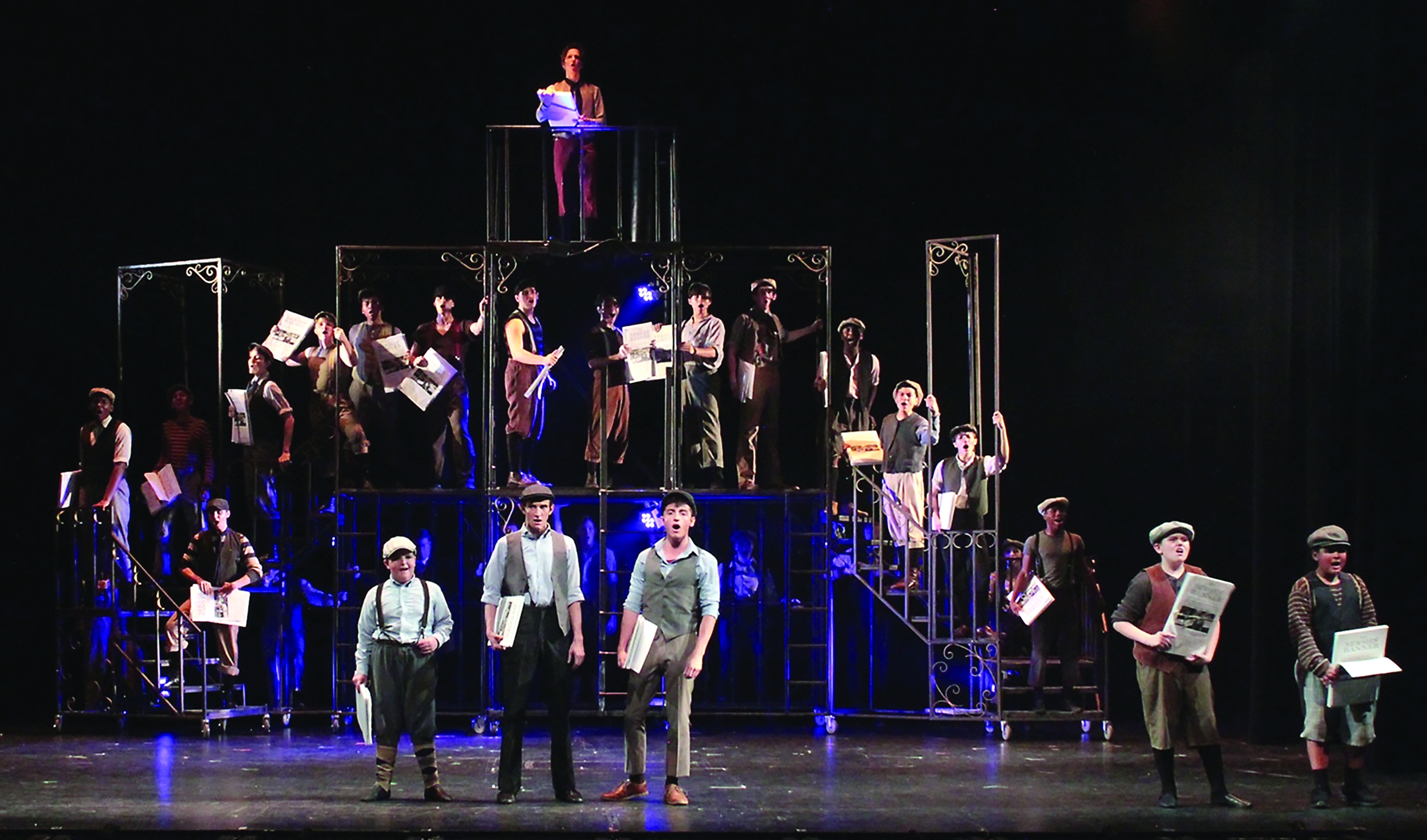 Oshry’s lighting in action during the performance of the musical “Newsies.” Courtesy of Joseph Oshry.

When he began Studies of Light, it wasn’t Oshry’s plan to go behind the scenes on how he lights productions. Initially, he had intended to compile the studies of light in daily life that he’d been posting to Facebook long before the pandemic. It was the collaborators he brought on to bring the project to life who convinced him to add images from his own productions to the book, and eventually notes and drafts from his design process.

In the spirit of collaboration, Oshry emphasizes that his lighting designs reflect the show he’s working on. The designs influence — and are influenced by — every aspect of a production. The playwright’s story, the director’s vision, even the actors’ emotions on the day of a show all play into how Oshry lights the stage.

For a long-time theatre lover like Oshry, his design process truly reflects his appreciation for the industry. 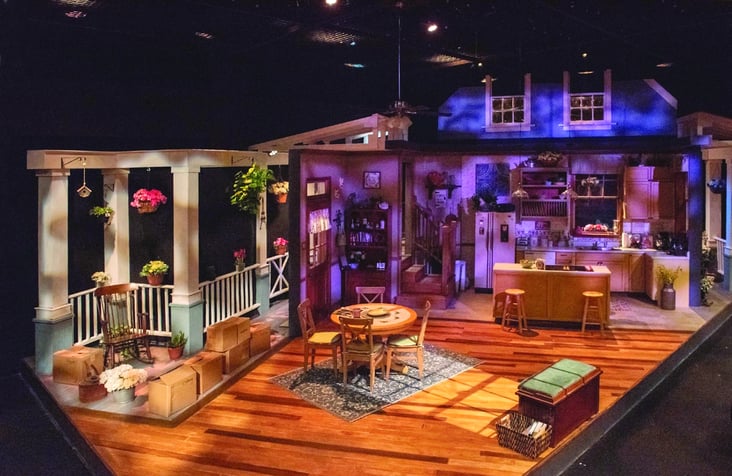 A set from American Stage Theatre Company’s production of “The Roommate” which Oshry lit in 2019. Courtesy of Joseph Oshry.

How Oshry Uses Vectorworks to Liberate his Workflows

Vectorworks has been a major part of his process for years now. As a lighting designer who’s focused first and foremost on the story his designs tell, Oshry gravitates toward Vectorworks because of how it lets him focus on what really matters.

“Once you get in the theatre, time is money,” Oshry said, “and it’s cut my drafting and design development time down by about a third, which has allowed me to be more of an artist.”

And, once he’s in a theatre, Oshry said that he appreciates the room Vectorworks gives him to react to creative ideas in real-time.

While he hasn’t gotten to design in a theatre for quite some time, Oshry has been increasing his Vectorworks knowledge over the pandemic.

“I’m just glad that there’s an application out there that helps me be a better lighting designer,” Oshry said. 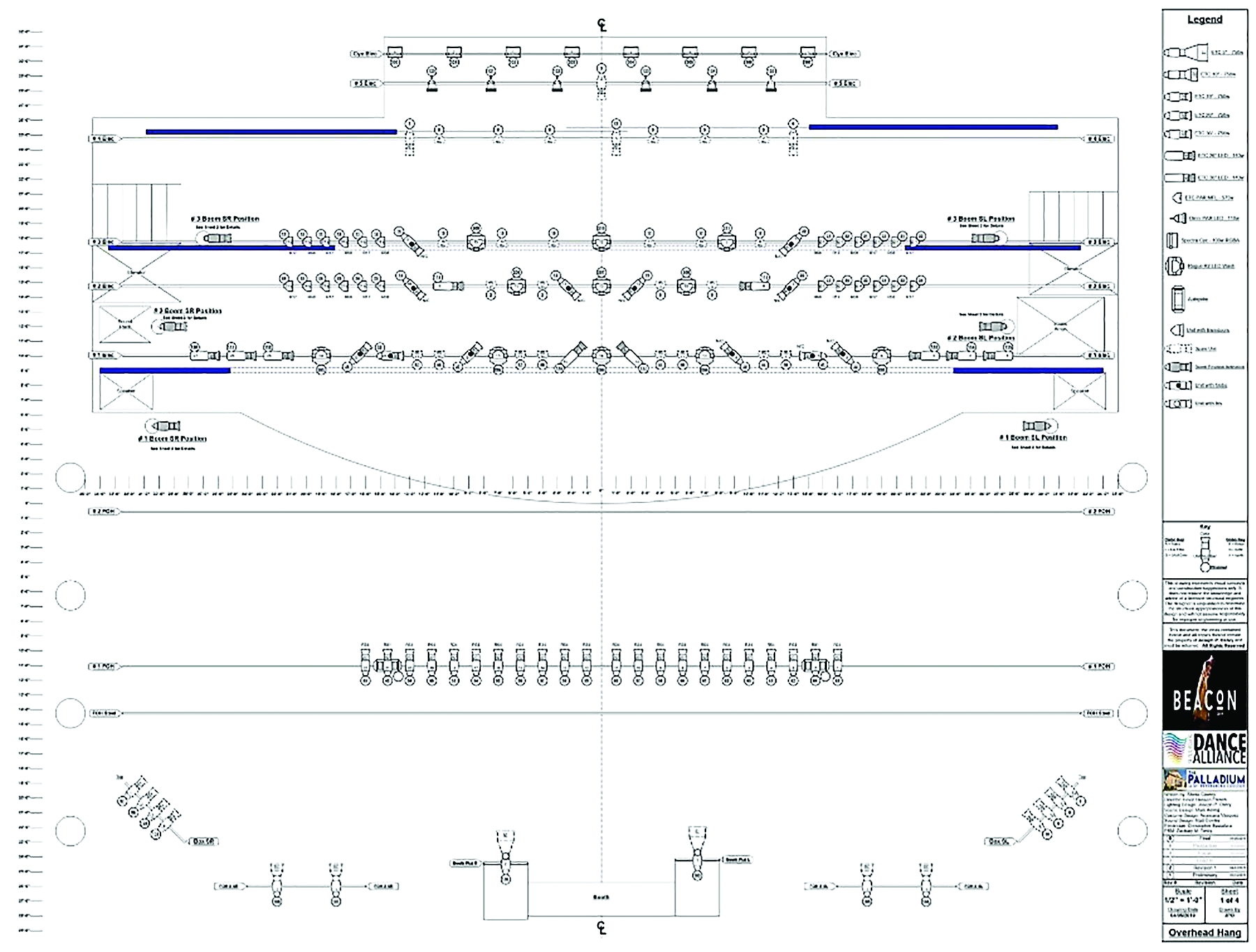 A light plot made in Vectorworks for Palladium Theatre’s production of “Doors” in 2019. Courtesy of Joseph Oshry.

The Spotlight at the End of the Tunnel

As he continuously explores new methods for enhancing his design process, Oshry has also observed the accelerating impact of lighting technology on the future of theatre as a whole. With the new pressure to solve for creatives in a remote setting colliding with the already rapid pace of innovation, the theatre industry is breaking new ground in all directions.

Oshry sees the world of lighting getting “smaller and brighter,” with the advent of more powerful LED lights that open up a whole new spectrum of colors and emotions for designers to explore.

“I think the capabilities will improve as technology improves,” Oshry said, “giving us as designers a wider range of choice.” 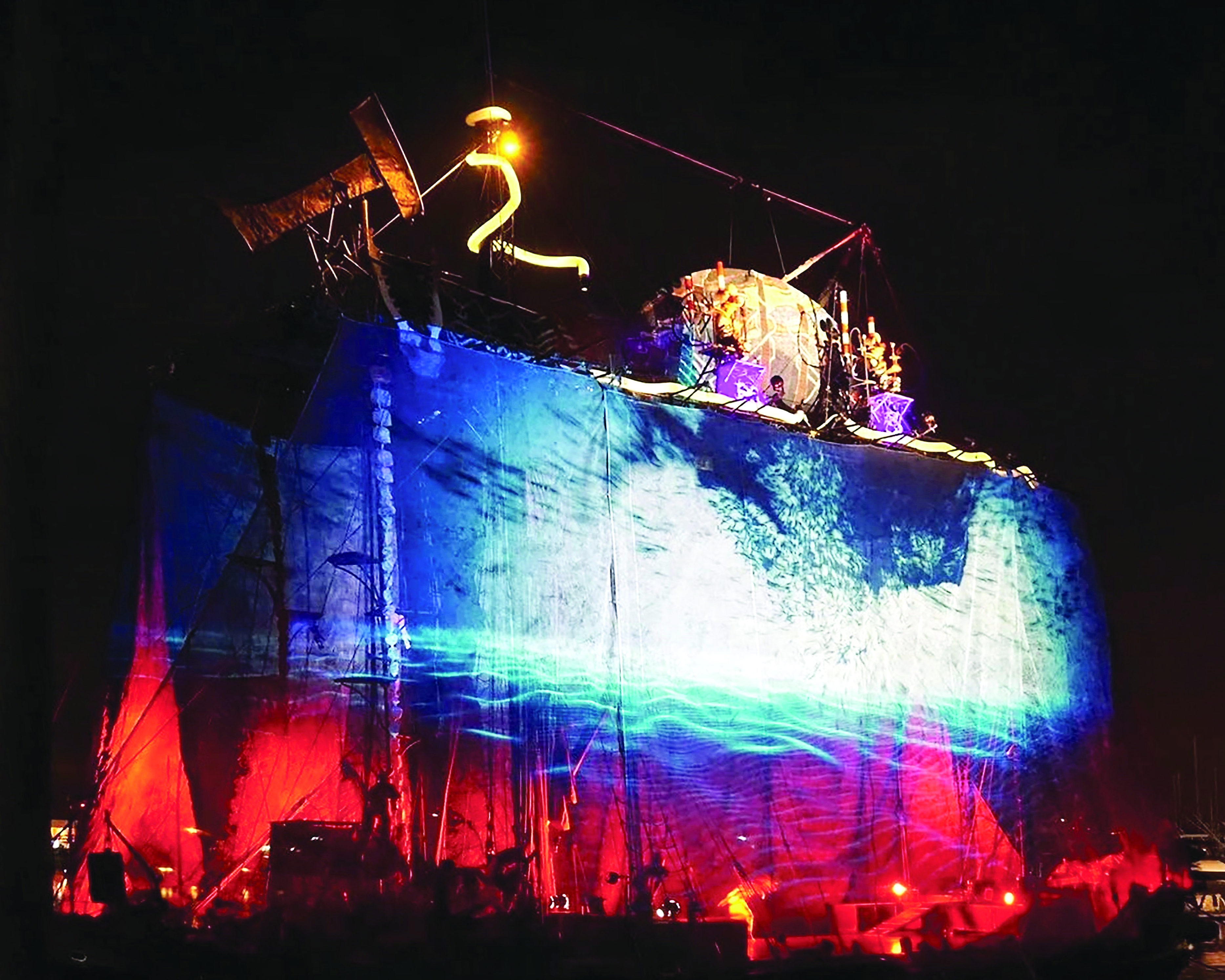 Creative lighting and stage design work together at Caravan Stage Company’s production of “Nomadic Tempest” in 2017. Courtesy of Joseph Oshry.

“I honestly believe that, just as with the bubonic plague and the Spanish flu, there's going to be another Renaissance happening,” Oshry said. “People will have been so isolated for so long that I think the industry as a whole is just going to explode in a positive way.”

Nothing can replace the sensory experience of the theatre for Oshry, and he’s confident that others feel the same way. So, it’s his hope – and ours – that there’ll be enough bright lights and big stages for everyone once it’s safe to go out again.

In the meantime, readers can get some of that magic back within the illustrated pages of Oshry’s book, Studies of Light. This World Theatre Day, it’s a timely reminder that the whole world really is a stage, so we ought to light it well.