How Does He Do It? Insight from an Entertainment Designer

“I’ve pointed lights at a lot of interesting things in my life.” 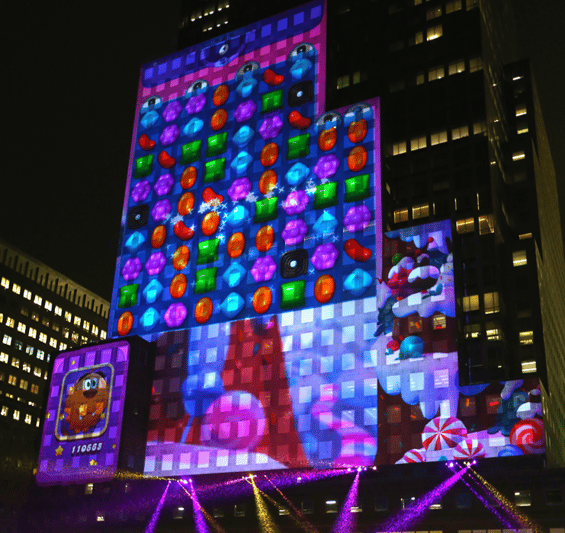 Gray’s introduction to the entertainment field happened by accident. He carpooled to high school with an older student who stayed late for stage crew. If he wanted a ride home, he had to get involved in theatrical productions. So he did — for over 20 years.

And in 2008, a whole new chapter opened for Gray’s career when he worked on lighting, stage, and production design for a large corporate event with a performance by none other than Sir Elton John. Gray says the show was a big risk for him as a designer, but with a big reward. 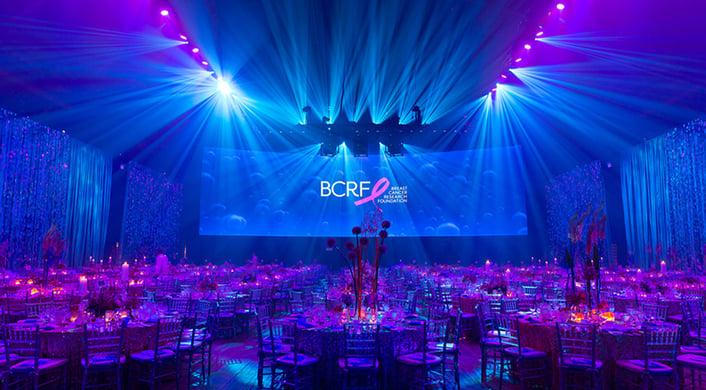 Gray founded GMV in 2010 to focus on growing his lighting and production design experience even further. He opened an office in Brooklyn and started lighting events throughout New York City, across the United States, and internationally.

Even though he loves New York, Gray stays true to his roots. He cites his University of Virginia professor, R. Lee Kennedy, for sparking his interest in CAD. “I stand on the shoulders of the people who came before me,” Gray said.

See why Brendan Gray relies on Spotlight for all his designs.

Read on for our full interview with Gray.

From our understanding, a lot of the entertainment design industry operates on the West Coast. Why New York for you?

I came here because of theater, and this is still the top spot in the country — if not the world — for theater. While LA is certainly home of a lot of the concert industry and all that, there is so much that happens here in entertainment and beyond. New York as a world capital. It's a global city. There are things here that don’t happen anywhere else. It's a great place to work in events because of the amount of things that happen here without even having to go on the road.

Do you do a lot of lighting design for live theater in New York?

That's what brought me to this city. I worked as a theatrical designer and assistant for a few years. I started doing event work on the side, in the summer when things slowed down theatrically. As I was doing more of that, I just grew to really enjoy the pace of the work (and the compensation). One of the biggest attractions was the pace, as well as the exposure to technology. Eventually, after a few years in the city, I made event work my primary focus. Theater is still my first love. That's what got me into the industry, but it's not where I do my professional work anymore.

What would you say is your favorite kind of event to design?

I'm a little hard-pressed to come up with a specific answer because the variety is one of the things that really keeps it interesting for me. Not doing the same type of project all the time. Having different challenges, different things to figure out. One area where we've had some success is large events that incorporate amazing musical performances, not a straight-up concert. Not the concert at an arena where you buy tickets to go see a certain artist, and that's the whole event. Something that's either a gala, or a corporate event, or a brand event that also features musical artists, where the real challenge is making everything coexist happily together. The whole experience works on its own and it has this really neat musical event in it, and the artists and their teams feel happy as well. Trying to balance those worlds has a lot of challenges, but it's what we really like to do.

Did you always see yourself working in design for live entertainment?

Even from that genesis of working backstage in the theater in high school, there was something about the energy of a live performance that you don't get anywhere else. Even though I enjoy some of the things we do that might be more environmental, or more installation-oriented, or something like that, nothing has had quite the energy of an event when people are in a room breathing the same air as the performers or as other people experiencing the event. There's really nothing that has quite that same energy.

What does it mean to have designed such big events like the TIME 100 Gala?

Every event comes with its own challenges. Scale can certainly be one on the larger shows. In some ways, sometimes the larger events can actually be easier because you tend to have a really good support team across all the departments. It's a thrill to work on productions of that size, but it's certainly not something that you can let become a distraction. At the end of the day, the client that has a smaller project, that might be just as big to them as the larger show. Every project could be the Super Bowl for that client. The big shows — they're interesting, they're fun, they have their own challenges. They have their own stresses as well, but of course they do have their rewards. At the end of the day, we just try to really do a good job for our immediate client, whoever it is that day.

What does your typical workflow look like for a large event or performance?

It all comes back to whatever the core is of the project. If you're working in the theater, hopefully everything is tied to the script and the vision of the director and the team for the show. If you're working on a concert, it might be very driven by the artist or some other part of the creative team, or it could be somebody who gives you a blank slate and just wants to see something really interesting and different. It's a mix of merging the creative and the artistic ideas. Because we work in a very real world in live event production, we’re always aware of the constraints of that world, even though you always try to push the limits. We try to figure out what the core and the ethos is of a project to have a really good foundation to build from. Everything goes back to that idea.

You've said a few times that variety keeps it interesting to you. Do you feel as if the software supports that kind of variety?

Absolutely. We use Vectorworks on every project. I even use it for things that it's not supposed to do — like as a page layout piece of software — because I've just been using it for so long. I know the tools. Whether we're in a ballroom, an arena, theater, or a complete raw space, we use the same tool no matter what. I'd say that Vectorworks as a platform adapts to all of those environments for us.

What new technologies or tools have you been using or experimenting with or that you're excited about?

There are things that are interesting, and I’d be glad to see if they actually hold up to the rigors of real-world usage, which can be unforgiving. You never want things to not work when you need them to. I think the continued ease of access to pre-visualization and the convergence of being able to look at full designs and incorporate video in advance is something I'm really excited about. We use some GDTF, especially as it relates to Vision, and we're excited about what that means in the future in terms of helping us streamline some of the processes, both with the previsualization and the programming of increasingly complex shows.

Where do you see the entertainment design industry going in the next five to 10 years?

Certainly, a lot has happened in the last several years in terms of automated lighting really maturing as a segment in the industry. The things that are happening with video technologies and integration — both on the display side and the control side — are really fascinating. We're seeing a lot more mixing of elements between the real and the virtual. I think anybody who thinks they can tell you what's going to happen in 10 years is full of it. Five years may be a more reasonable forecast, but even five years ago, I don't think you could quite foresee all of the trends that are happening right now. But it's an exciting time in terms of what technology is enabling us to do — doing things faster, being able to do more in advance of being on site, and just exploring the possibilities.