FPCR is a UK environmental practice whose core skills comprise master planning, urban design, environmental assessment, landscaping, ecology, arboriculture, and architecture. Their history of over 65 years as a practice has awarded them stellar successes across a wide range of projects.

Their 140 staff members are managed by 8 directors, and the practice is structured into specialized teams for the areas mentioned above. FPCR is truly multi-disciplinary, often taking on projects that involve both architectural and landscape elements, or any combination of the aforementioned disciplines.

The structure is somewhat unusual for a multidisciplinary firm, with architecture being one of the smaller teams. But FPCR have shown that in-house collaboration yields distinct advantages, advantages that cement them as one of the UK’s leading design and environmental practices. 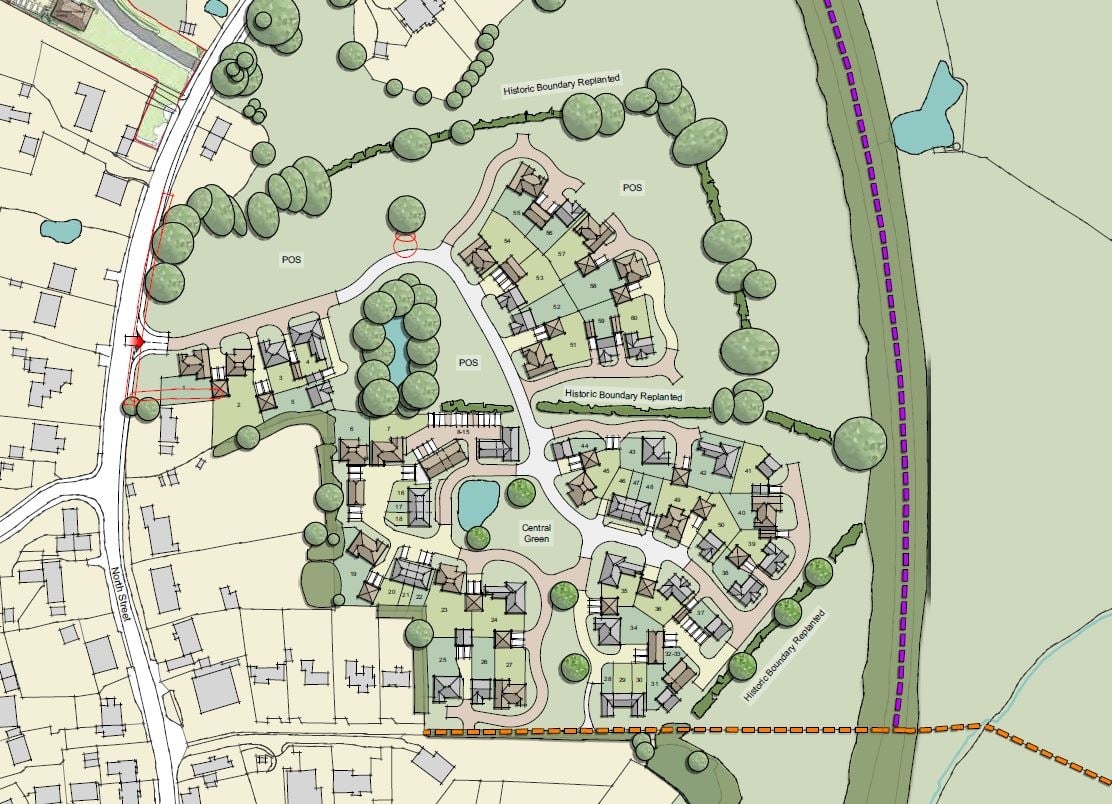 And lately, Vectorworks Landmark has seen a surge in use in this historically AutoCAD-based office. The software was introduced in response to requirements of BIM projects, along with the desire to improve workflows.

FPCR projects typically come to the landscape architecture team in DWG files provided by others. Multi-disciplinary projects progress collaboratively with colleagues in the architecture, ecology, and arboriculture departments. The site layout is set at this point, and the team looks to Vectorworks Landmark’s Plant and Landscape Area tools to help prepare planting plans. 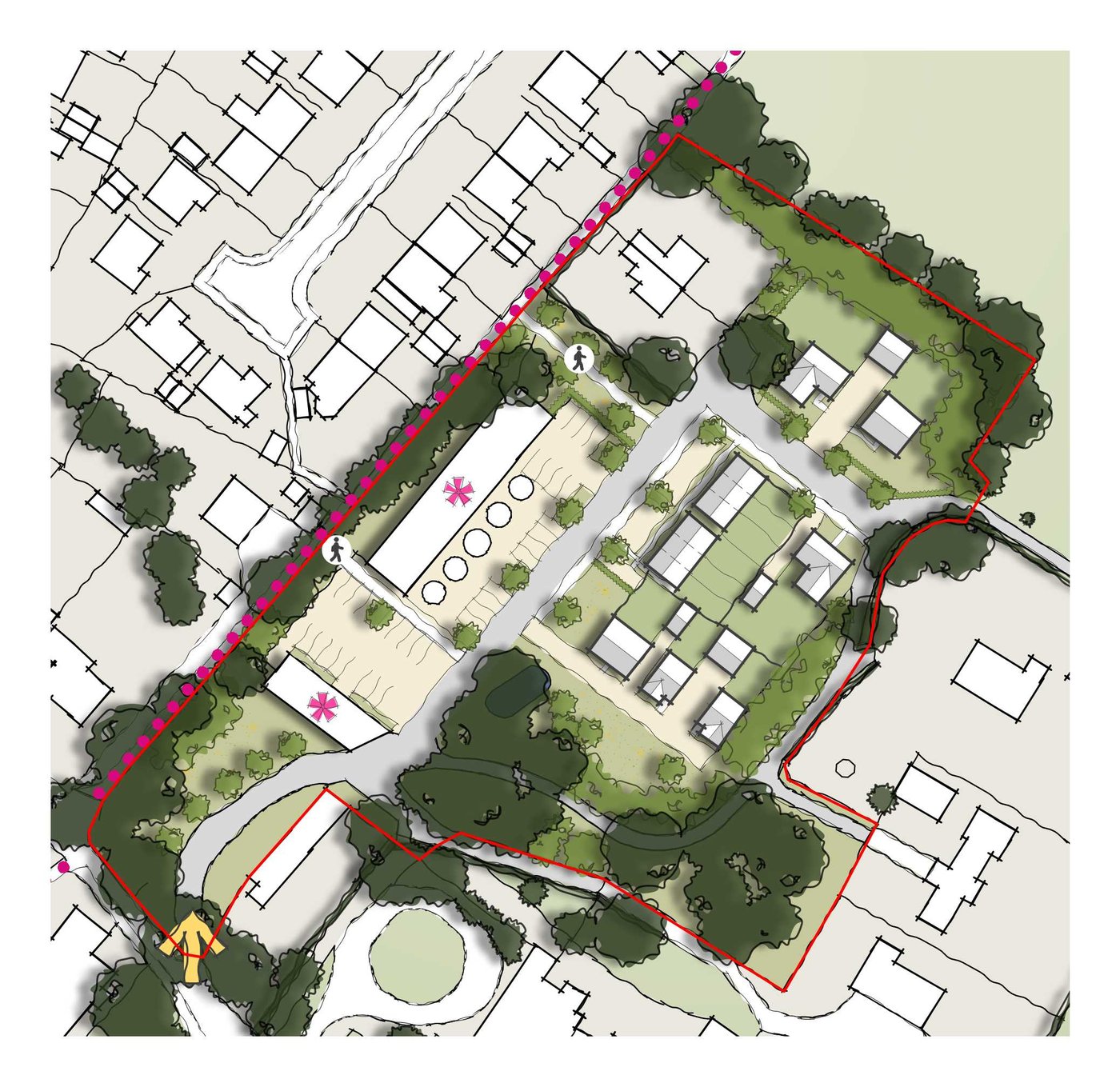 For a while, FPCR used the Landscape Area tool to design mixed-species hedgerows, which are present in many of their schemes. One problem encountered by FPCR when proposing these hedgerows was the absence of a tool in Vectorworks that allowed them to create a mix. The work-around was to use a landscape area, which couldn’t measure native hedgerows in plants by linear meter.

It bears clarification: though the term “hedge” in other countries may imply a singular plant defining a border between spaces, in the UK, hedge planting tends to be mixed, incorporating different species and plant arrangements. FPCR’s landscape architecture team thus needed to be able to specify hedges differently than what Vectorworks Landmark was capable of at the time. 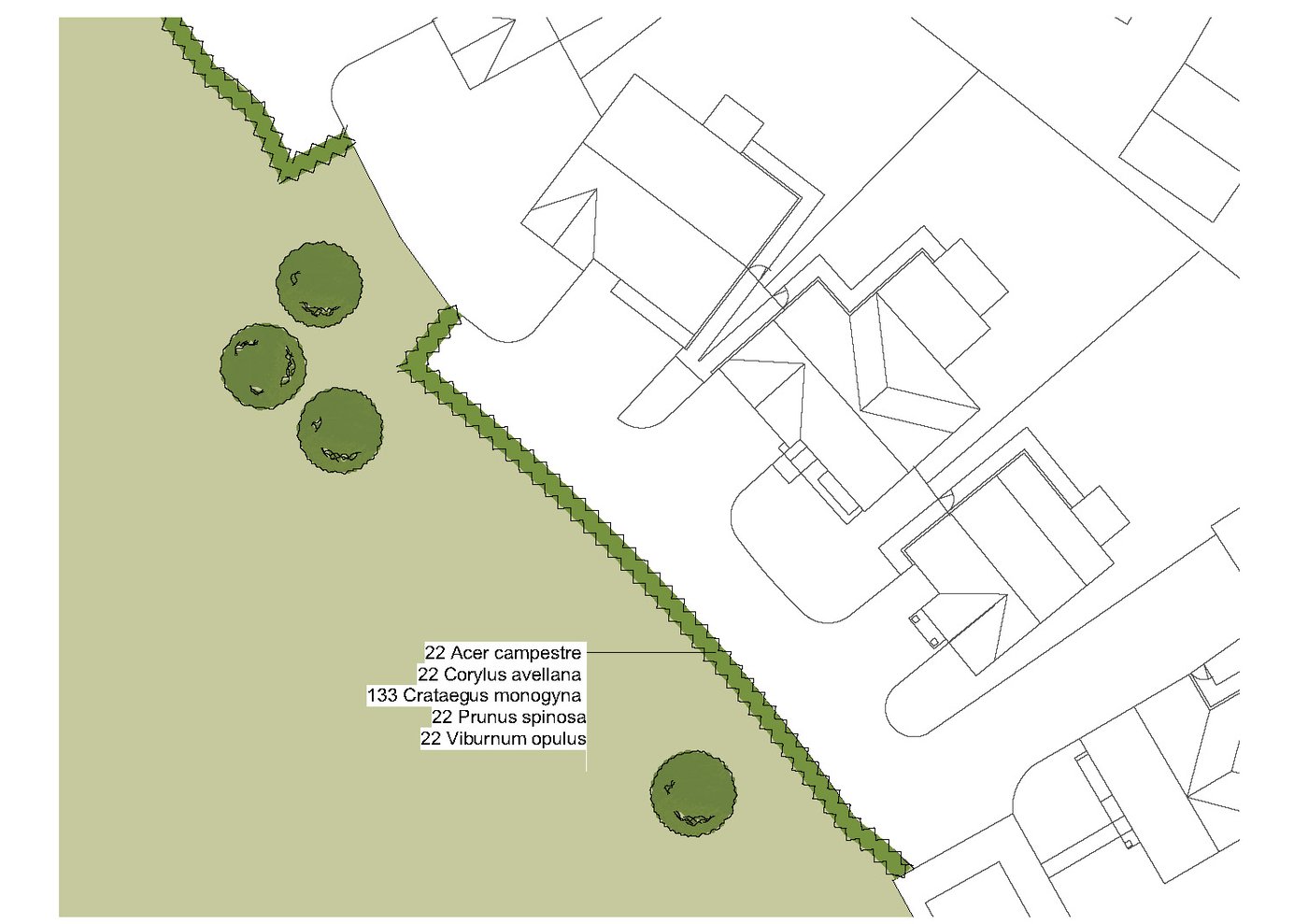 A 2D view of a mixed hedgerow. Courtesy of FPCR.

This led FPCR to work in-house to code their own Hedge tool, and they’ve connected with Vectorworks’ development team to get the feature implemented permanently into the software so that landscape designers everywhere could benefit from its ability. The re-imagined Hedge tool is planned to be released officially in Vectorworks Landmark in Vectorworks 2023. 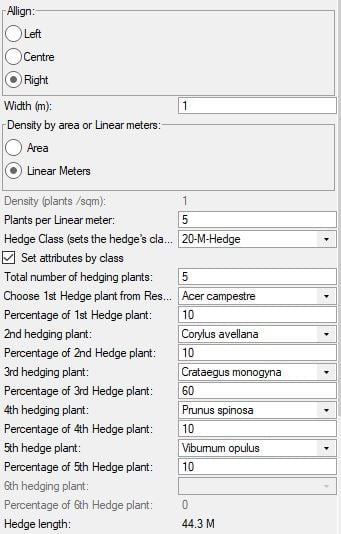 The interface for FPCR’s Hedge tool, which can specify mixed hedgerows by linear meter.

It’s a running relationship between Vectorworks and FPCR — the firm has also helped initiate additional functionality for the Existing Tree tool, which they wanted to be able to use to import large groups of trees instead of individual ones, a crucial workflow for the survey and arboriculture teams which would allow them to switch from AutoCAD.

It’s only within the last few decades that the design industries started transitioning to digital methods, and the switch to CAD software has primarily meant using AutoCAD, with most professionals in the landscape sectors relying on the program for its familiarity and compatibility.

General CAD applications tend to focus on solving engineering problems, which can leave landscape architects in a dilemma where they don’t have access to specialized, discipline-specific tools. AutoCAD has certainly proven its capability in producing 2D plans — however, over the years clients have come to request more sophisticated plans, meaning landscape architects benefit more and more from a dedicated platform built for their trade. This isn’t to say general CAD applications are poor for producing 2D plans; rather, it’s an understanding that they generally lack the kind of robust capability that the landscape industry requires for today’s increasing quality demands.

Industry-tailored toolsets are a large part of what draws FPCR divisions to Vectorworks Landmark because, in one program, they can perform nearly any aspect of their workflow to a superb degree of quality and speed; they can produce a concept, align it with DWG building files, and specify plant data to produce detailed, organized schedules and reports. 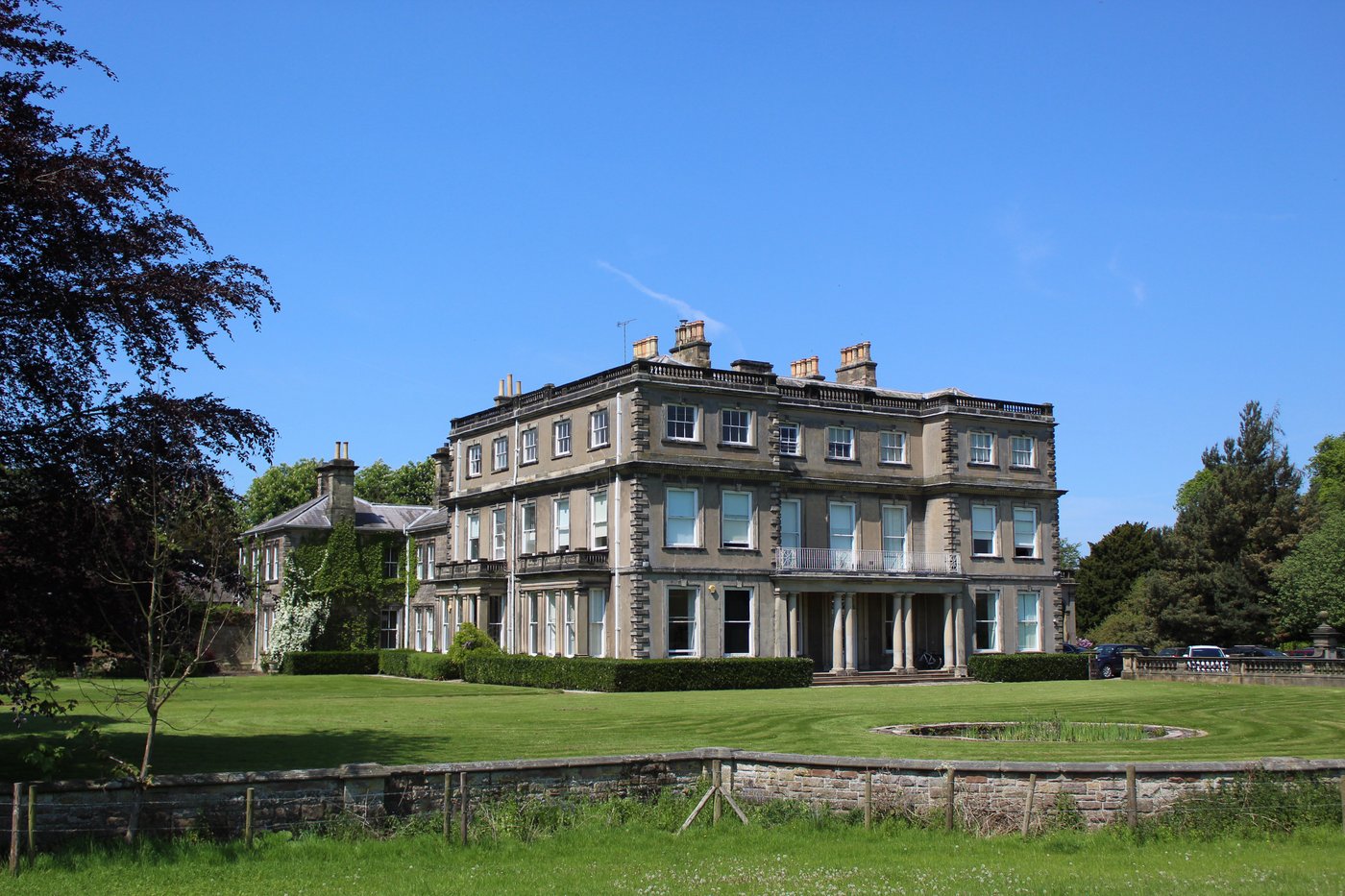 As FPCR considered switching from AutoCAD, they evaluated software like Keyscape and CS Artisan, which are used primarily for dedicated planting workflows. These have robust plant databases, but for FPCR, Vectorworks offered much more than just planting. FPCR were keen to expand their capabilities of modeling, smart documentation, and visualization, and chose Vectorworks as their primary tool for doing so.

As more FPCR departments became privy to using Vectorworks, senior staff also began noticing the opportunities to develop more efficient workflows. A previous workflow in the ecology team involved tracing elements in AutoCAD to calculate areas for biodiversity. In one instance, simply importing GIS Shapefiles instead saved about three days’ work! It became apparent through examples like this, said Director Daniel Houghton, that Vectorworks could help develop a joined-up approach, and a better way of digitally collaborating between disciplines.

With the assistance of Vectorworks University and consultations with Vectorworks’ industry specialists, FPCR are in the midst of a software transformation that’s redefining efficiency in their workflows.