How to Make Pretzels Out of Steep Learning Curves

Becoming a bridge designer was not in Jim Rounsevell’s original plan when he came to the University of Virginia to study architecture. But that changed when he joined a community-driven effort and competition to revitalize a historic precinct in Charlottesville.

“My interest grew out of a failed attempt to convince the local city council to rethink their plans to replace a decaying highway overpass in the heart of downtown with just another vehicular span,” says Rounsevell. “There was overwhelming public support for no bridge at all, so we proposed an iconic soaring footbridge, sending vehicles underneath. I used Vectorworks to design the pedestrian bridge.”

It was this particular project that first got him excited about designing bridges. A fairly new endeavor for his architectural practice, bridge design for Rounsevell includes the ability to promote economic growth in local cities, as well as to create interpretive “play spaces” for non-profits in the area.

Soon enough, it became clear to Rounsevell that he wanted to take his designs to the next level, both technically and technologically. He decided to submit an entry to the 2017 International Footbridge Competition in Berlin, Germany as an opportunity to explore the 3D rendering features of Vectorworks in greater depth. The result was a design that was very fittingly titled “Twisted Pretzel.” “I had the idea of using equilateral triangles; I thought about St. Louis and the Gateway Arch’s very platonic shape,” says Rounsevell, describing his design concept. “I messed around with 3D tools in Vectorworks, and what’s more German than a pretzel?” 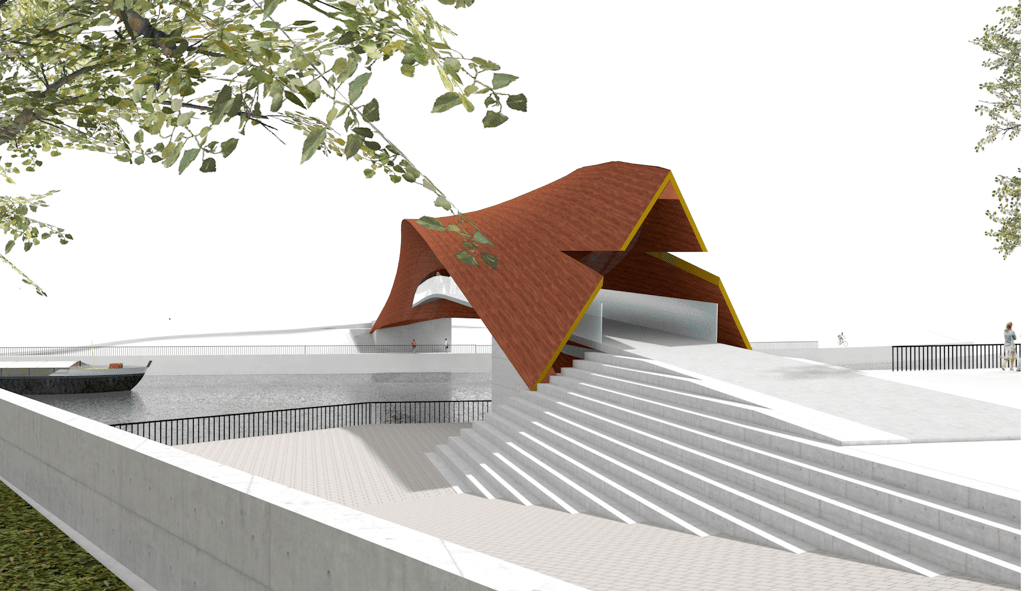 Rounsevell also took Germany’s geography into account: “I had a lot of fun with it, thinking about how cold wind sweeps down the Spree river in wintertime Berlin, so I wanted to cover it. There is a tradition of covering bridges throughout Germany, so my ideas started to overlap on many levels.” Rounsevell wasn’t quite sure how to model the final product from his initial sketches, so, he browsed the Vectorworks Forum and eventually reached out to Luis M. Ruiz, International Assoc. AIA, senior architect product specialist at Vectorworks, Inc., for guidance.

“I showed him what I was trying to do,” Rounsevell explains. “I was pleasantly stunned when he came back with suggestions on how I could build it.” “When someone asks a question on how to do something in the Vectorworks Forum, we like to start a conversation,” says Ruiz. “Jim presented a challenge with the bridge, along with his vision for it. We talked about 3D modeling and went over potential approaches he could use for this challenge. We communicated a few times over the Forum, where I answered questions. After I suggested a few tricks and steps he went ahead and completed his project. That was all him.”

Ruiz then got the chance to meet Jim in person at the Design Summit.

“I asked for his permission to share his models on screen with the audience,” says Ruiz. “Once we learn from a user like Jim, we share the knowledge we gained in this collaborative process and apply this insight to similar challenges when helping others.” 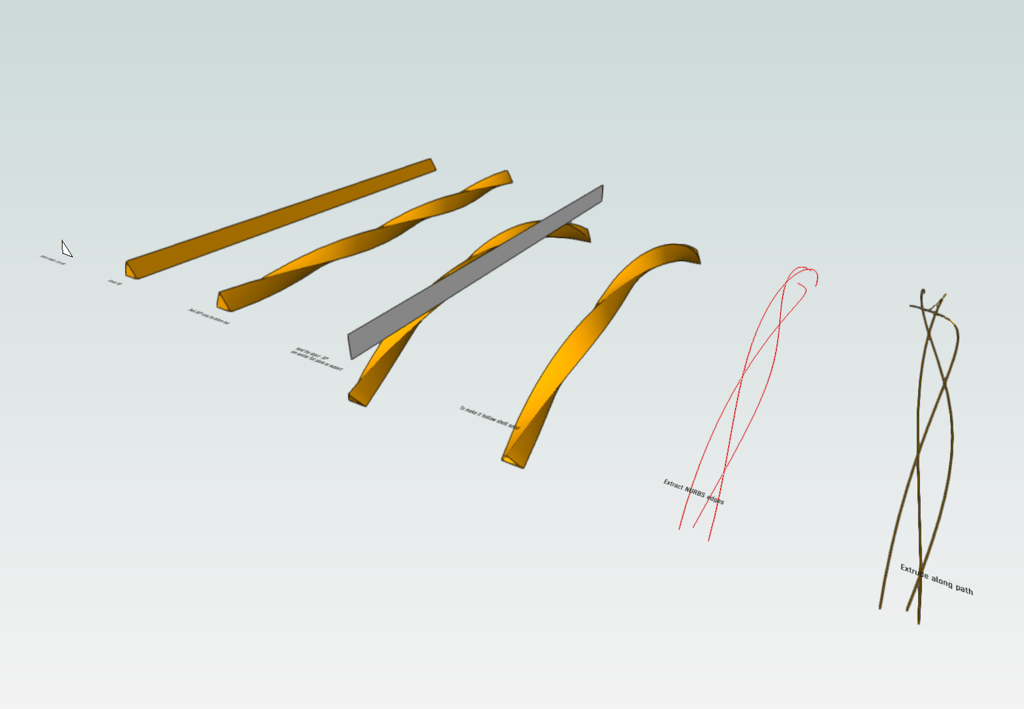 Rounsevell faced some challenges with 3D modeling that Luis was able to help him overcome. Although he has been using the parametric tools in Vectorworks within the architectural workspace since 2009 and works in 3D all the time, he was not as confident or familiar with the tools used for 3D solids. With that mind, designing this bridge in 3D was as Rounsevell called it, “baptism by fire.” 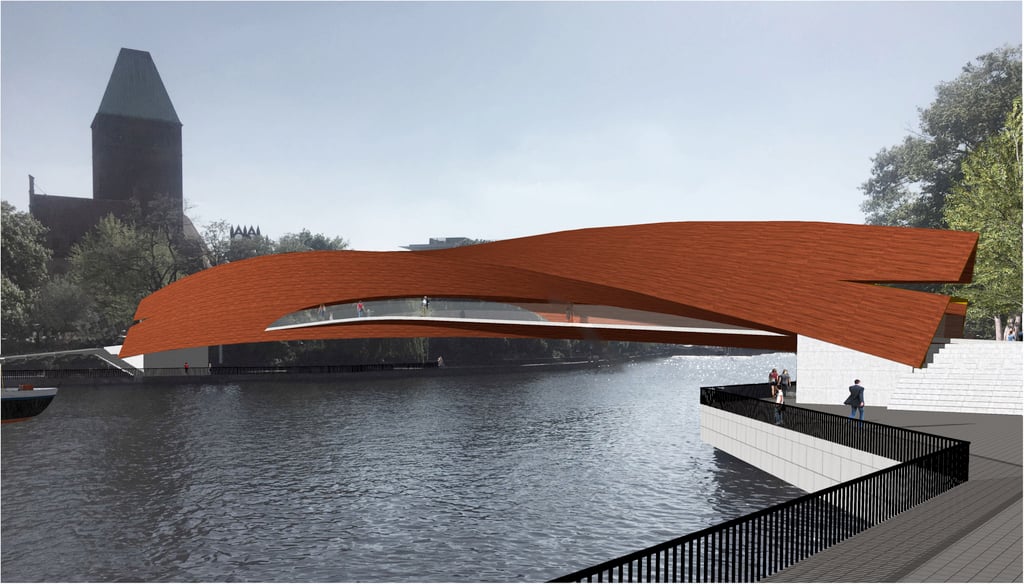 “Luis’s 3D class at the Design Summit was one of the best classes they ran and was very helpful,” Rounsevell says.

After submitting his competition entry, Rounsevell traveled to Berlin for the first time, where he presented his design and networked with engineers and architects from around the world. He is especially appreciative of the Camera Match tool that helped him align 3D models to photographs — an addition to the Renderworks feature set that he claims made a difference in his presentation.

With this experience under his belt, Rounsevell plans to continue to design in 3D in the future. By using Vectorworks software, he is now able to develop even more project ideas and deliver refined designs using professional-quality, sophisticated visualizations. 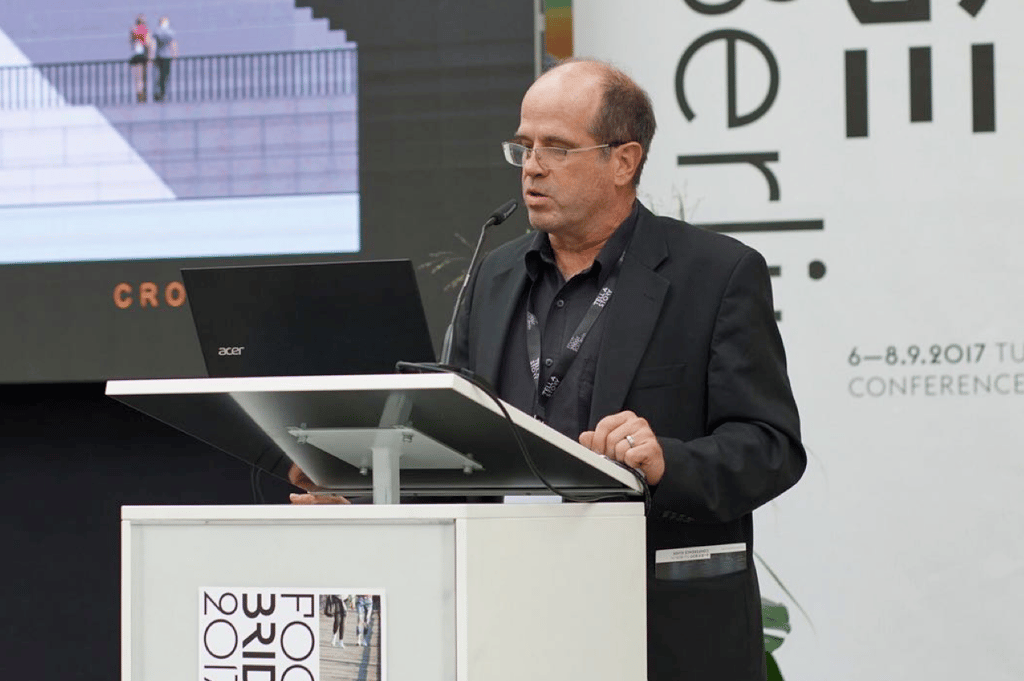 “It’s been a fairly steep learning curve,” says Rounsevell. “But now that I’m more familiar with it, working with these tools breathes a level of comfort.”

Want to use the Vectorworks Forum to answer your design-related questions?