November 11 marks Veterans Day — an important chance to honor those who've served in the military.

This Veterans Day, take a look at the National Veterans Memorial and Museum, designed by Allied Works Architecture. The project was nominated and selected as our featured US design for the global MODUS News 9 magazine in the fall of 2019. 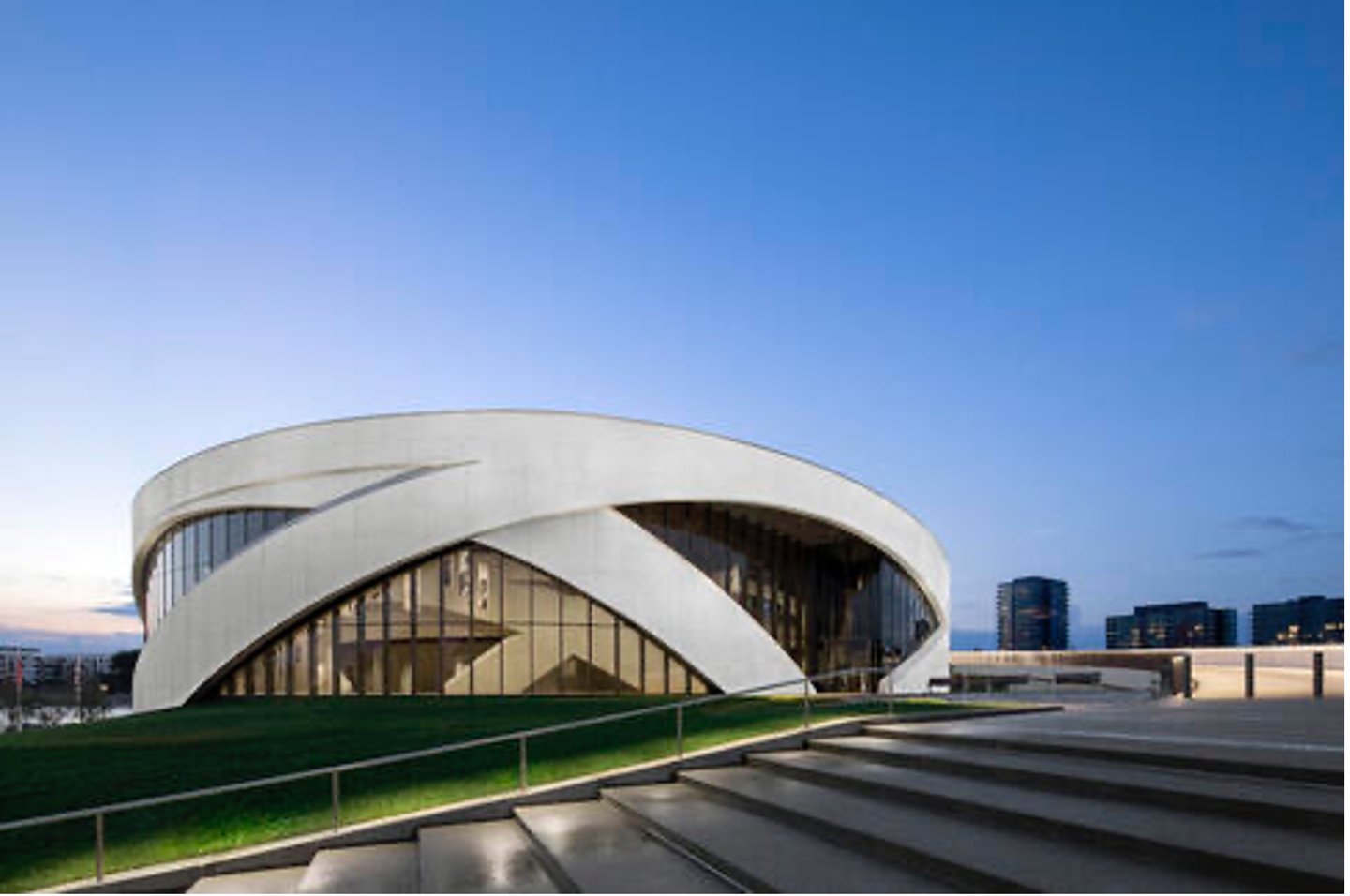 The National Veterans Memorial and Museum in Columbus, Ohio raises the bar for thoughtful designs. Allied Works Architecture are known for their meaningful creations — such as Pixar Animations Studio in Brooklyn, N.Y. So, the firm was a perfect fit for this project. From early concept models, Allied Works Architecture aimed to make an “iconic civic space that tells the story of veterans,” as stated on their website. 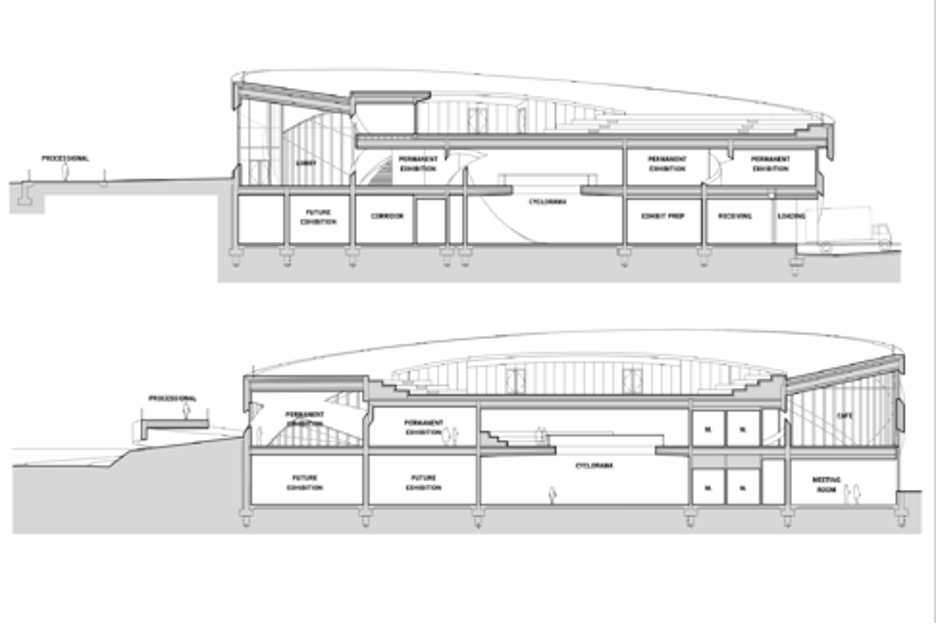 Chelsea Grassinger, principal at Allied Works Architecture, describes their vision for the structure as “lifting from the land.” Rising organically from the ground with delicately interwoven concrete bands, the design salutes the inner strength of our nation’s veterans. And the exterior isn’t the only feature crafted to honor their experience — the museum’s gallery sequence spirals inward, outlining the journey from enlistment to separation.

Allied Works Architecture’s design complements the exhibit, symbolizing “the path that one would take entering the service, serving in the military, and returning from duty — it speaks to veterans coming back into civilian life,” Grassinger explained.

Vectorworks Architect helped Allied Works Architecture move seamlessly from rigorous, ordered geometry to thorough documentation, all while coordinating across platforms with project partners such as structural engineers and landscape architects. “The ability Vectorworks has to allow one to see the graphic quality as you’re drawing resonates with the way we work,” said Grassinger.

The legibility of design was critical to successful collaboration on this project. 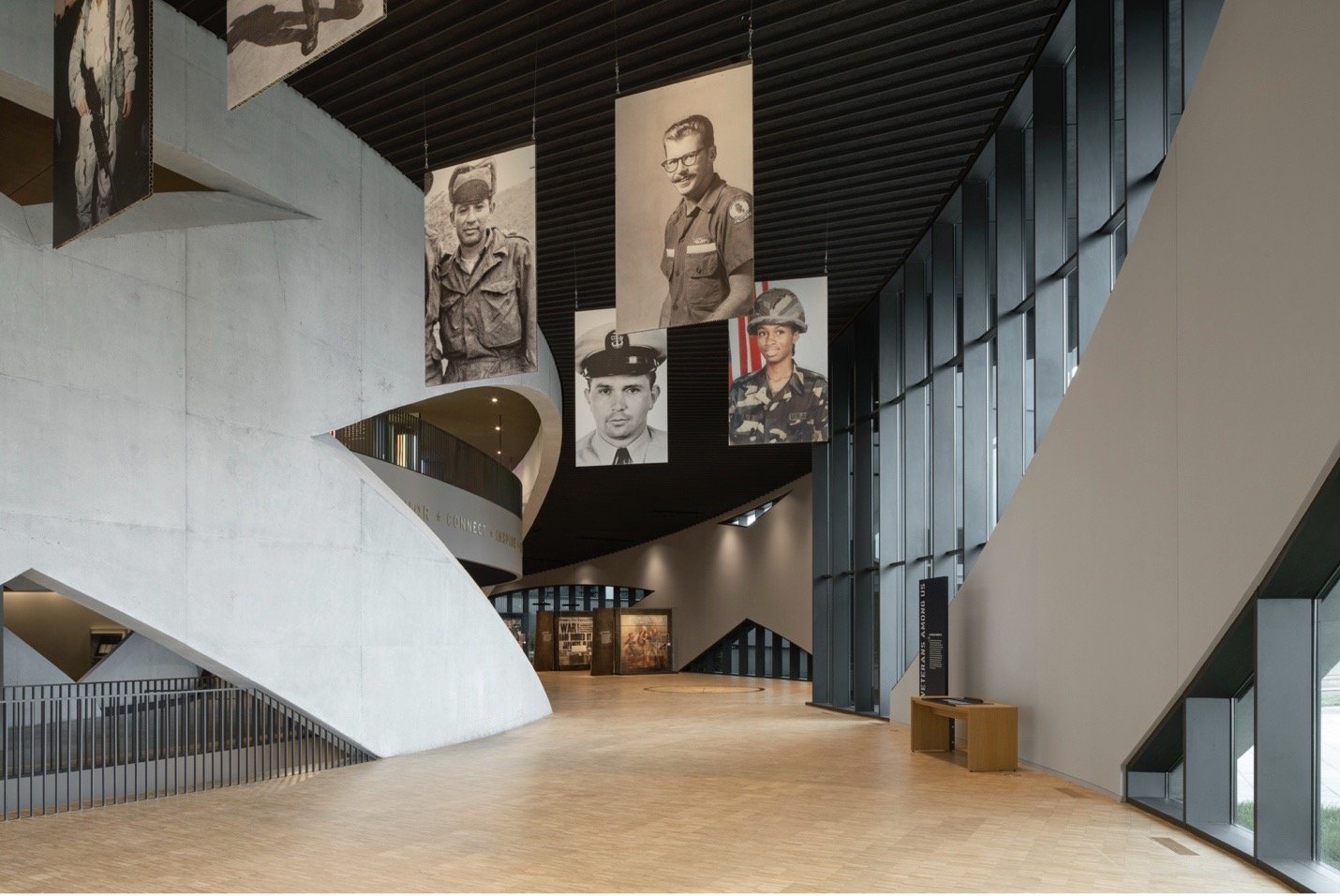 The building garnered so much attention that it was expanded to a national scale. With its poignant connection back to the land, the structure offers space for contemplation and admiration.

“The national designation elevated what we were bringing to the table,” said Grassinger. “This isn’t a war museum — it’s a museum that honors service across all battles.”

Be sure to check out Modus News for designs from around the world made with Vectorworks.

All images courtesy of the National Veterans Memorial and Museum and Allied Works Architecture.