Rigging the 2018 XXI Commonwealth Games in Australia with Braceworks 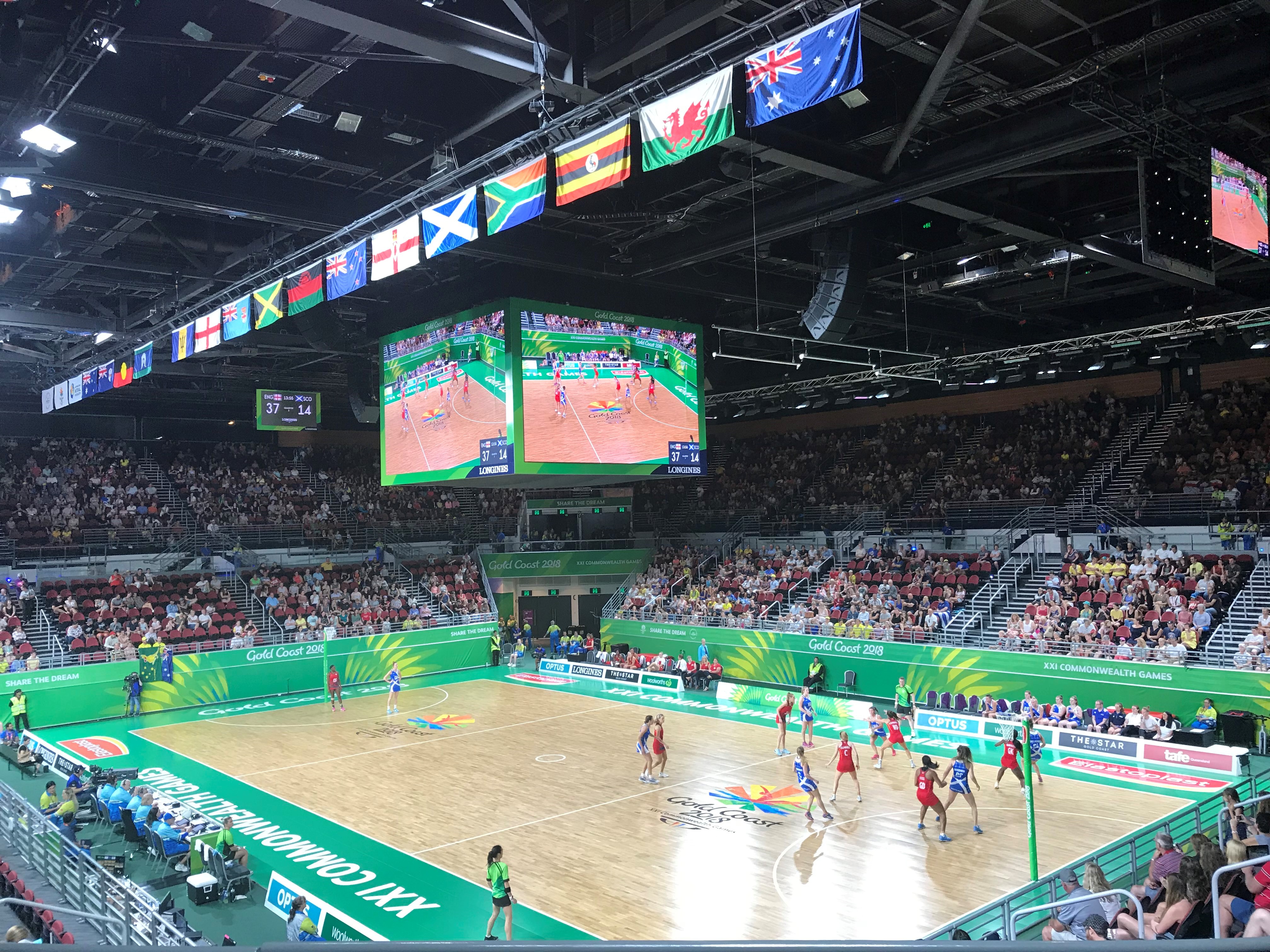 Image courtesy of the Gold Coast Convention & Exhibition Centre.
The Gold Coast Convention & Exhibition Centre (GCCEC) was at the center of the action, as it hosted the competitions for netball and basketball and housed the Main Media Centre, including the Main Press Centre and the International Broadcast Centre. The GCCEC is the city’s premier convention and exhibition venue and the largest regional convention center in Australia.
The venue comprises a 5,000-seat arena and 6,000 m2 of exhibition space and provides a full in-house technical production service, all under the one roof. The Centre has invested significantly in its technology team to create a seamless event experience for its clients and their guests. 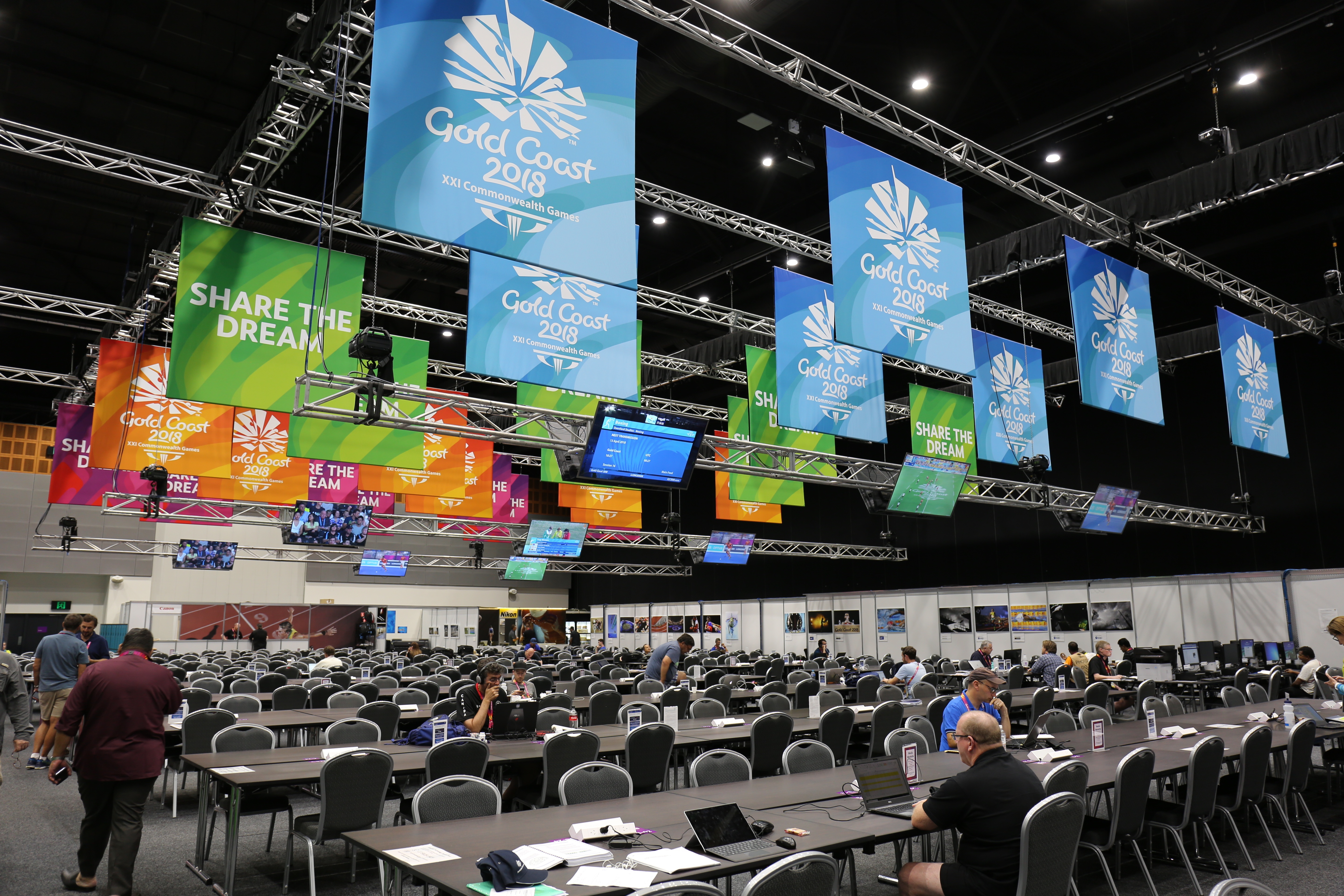 Image courtesy of the Gold Coast Convention & Exhibition Centre.
Audio Visual Production Manager Chris Davey was tasked, among other things, to design a rigging system and make sure the over 800 meters of trussing and 113 chain hoists could be rigged safely and accurately. As soon as Braceworks was released last year, the team at GCCEC immediately saw how incredibly useful it would be. The GCCEC is the first venue in Australia to embrace Braceworks and among the first users globally to implement it across a large-scale sporting event.“The timing couldn’t have been better with such a large amount of trussing going in, and in the end Braceworks undoubtedly saved us many hours of painstaking work,” said Davey.
“Braceworks seamlessly integrates with our existing Vectorworks Spotlight workflow, and the new module was used to accurately determine the load being applied to the roof structure,” he continued. “With the volume of hanging points, variable fixture weights and positions, and total weight requirements close to the structure’s limits, Braceworks was vital in its ability to compare designs and determine the most effective rigging plot pre-event. Load cells were used on the installation, verifying the calculations from Braceworks were incredibly accurate.” 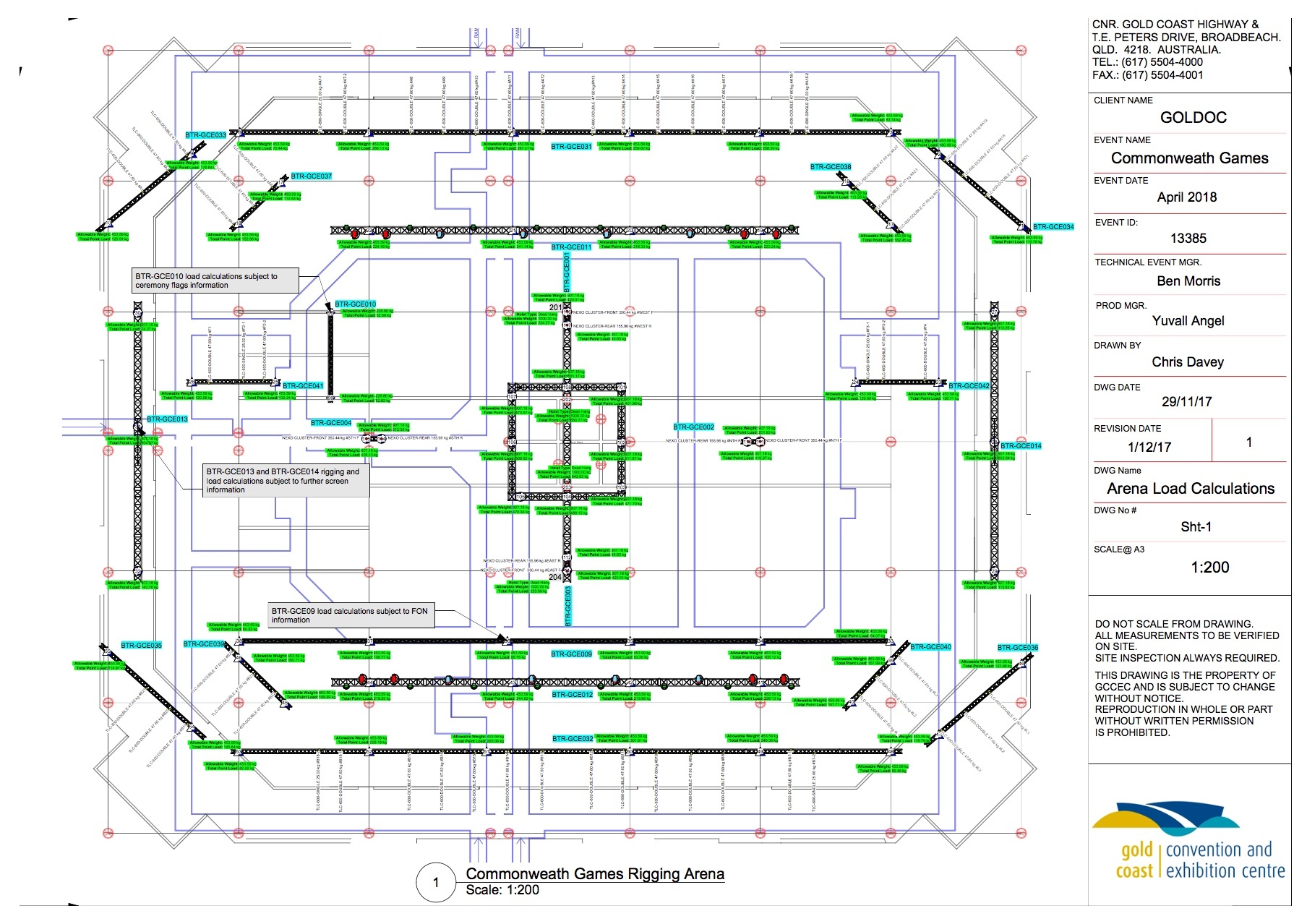 Arena load calculations. Image courtesy of the Gold Coast Convention & Exhibition Centre.
“The GCCEC provides a tailored production solution for every event,” said GCCEC Executive Manager — Technology Ben Morris. “We are proud of our safety culture and prioritize safe practices from design through to delivery. Braceworks provides a platform to accurately determine loads and compare designs in pre-production, significantly improving the quality of our rigging systems and highlighting any issues well before bump in. Braceworks’ application on this project was a resounding success — it streamlined the engineering process, saving time and money.”
Our local distributor in Australia, OzCAD, enjoyed supporting the GCCEC and helping it host such a successful event.