How LAIKA Creates the Foundation for Their Films with Vectorworks

Box Trolls, Kubo and the Two Strings, and Missing Link — LAIKA has created some of the most charming, innovative films in recent years with the use of Vectorworks Design Suite.

Oscar® nominations are impressive, but what’s truly inspiring is how the Portland-based studio goes about making their films. They state on their website, “Our films are born in imagination, shaped into stories, and crafted by passionate artists who give life to unforgettable characters.”


LAIKA’s stop-motion films are influenced by creativity, process, and story, which they’ll continue with their 2023 feature film, Wildwood.

How Does LAIKA Create Sets for Its Films?

Two of the designers that help bring LAIKA’s unique visions to life are Carl Hamilton and Dan Meeker, both of whom proudly come from a theatre background. Both also suggest storytelling is what got them into the craft. And such a passion for narrative clearly seeps into their work. 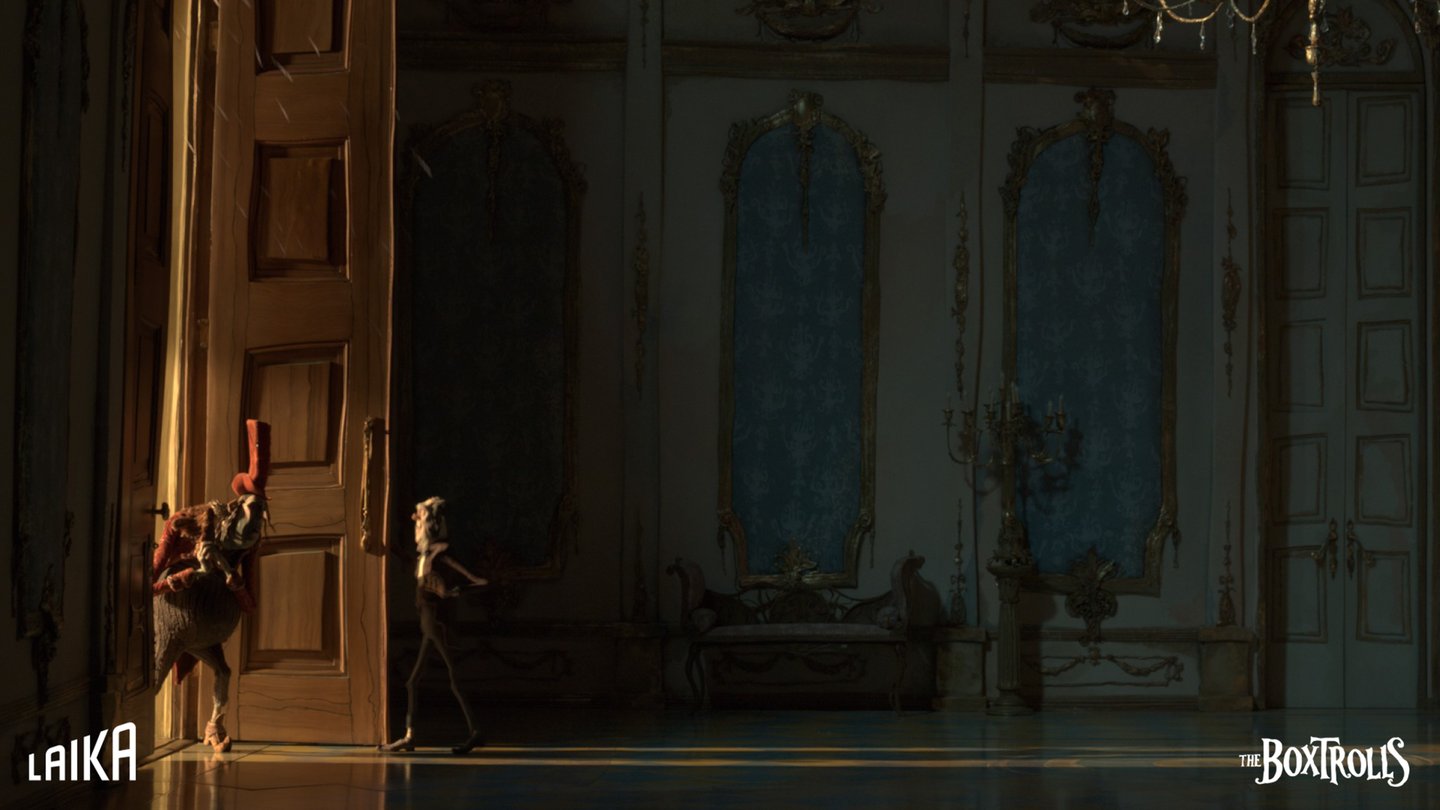 The studio’s work is unlike any other movie studio currently. The worlds, characters, and stories of each film are uniquely their own, but they also share an enigmatic charm — likely due to the care and talent of LAIKA’s craftspeople.

“We set designers are sort of in the minority here. We actually have to generate working drawings,” Meeker said cheekily. “And we’re not just hitting ‘print’ on a CNC machine or 3D printer and walking away having a finished set. Everything we make is touched by 50 to 100 craftspeople that need to be able to look at a working drawing and a presentation model.”

The consideration of these craftspeople, as well as the functional needs of stop-motion animation, are some of the most unique challenges of LAIKA’s set design.

For every set LAIKA's team creates, they need to consider the safety of builders, animators, and puppet designers. Additionally, they need to plan and design how each set will break apart and be put back together.

Essentially, each LAIKA set piece is a giant puzzle that can be broken apart and put back together. Creating this space between the broken-up set is so animators can get close enough to adjust the puppets. According to Hamilton and Meeker, LAIKA’s animators want to be no more than 18 inches away from a puppet. Therefore, the they have to account for the need for such proximity when constructing their puzzle-like set pieces. “Everything you see on screen is a finished world and finished environment,” said Meeker. “But what you don't see is that a set of a living room may actually be 17 little sets stuck together.”

Regarding the COVID-19 pandemic, Hamilton and Meeker mentioned that they were fortunate enough to continue design sets from home using Vectorworks. But to say their creative process hasn’t changed due to the pandemic would be misleading.

“We were able to go completely digital,” said Hamilton. A fully digital workflow differed from the part-practical, part-digital method that Hamilton and Meeker were doing before.

This new approach let Meeker dive into Vectorworks animation features and lighting tools. “We couldn’t be in the same room as one another. So, to really show the model, we had to improve our presentation,” he said.

“That’s why I’ve always used Vectorworks as a professional. With its all-in-one nature, I can make everything happen without exporting or switching,” Meeker said, adding that that’s what he loves about Vectorworks: that it allows him to go from concept to shop drawings in one software. 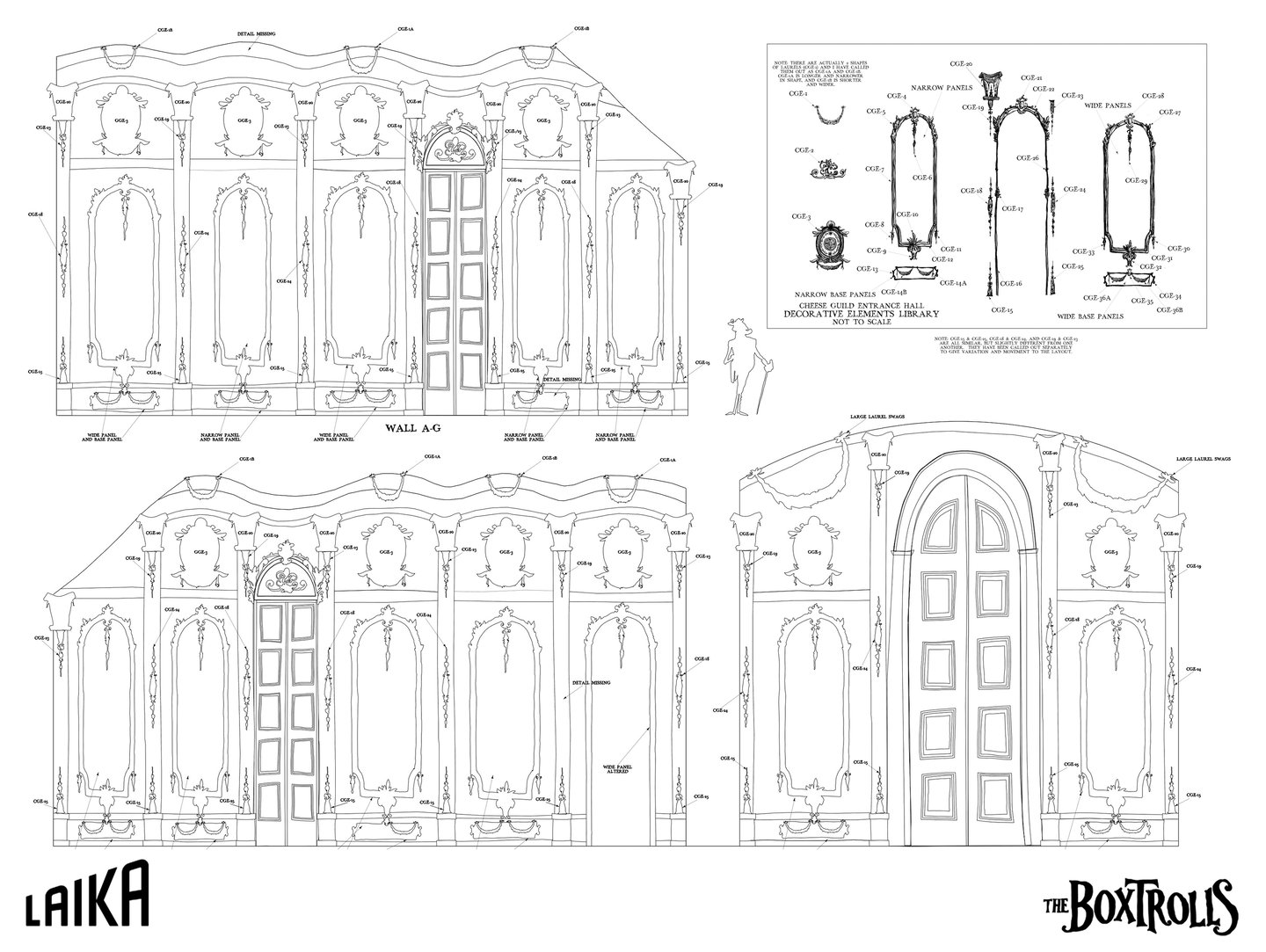 Going completely digital wasn’t the only change the pandemic had on the set design team’s workflow. For the newest film, set designers were brought in earlier than ever before. So early, in fact, that concept artists were also beginning their first drafts.

The dialogue between the two teams led to a better understanding. “Now when we sit down to formally design a set, it may be simply a revision process,” said Meeker, “because we've kind of already designed it, as we were involved early enough in the conceptual phase.” From there, the set only needs minor tweaks and adjustments to push LAIKA’s collective vision forward.

With set design, concept art, puppet design, and even the script all progressing together — the LAIKA team rely upon narrative as a guiding light.

Hamilton and Meeker referenced the novel for their newest project, Wildwood. “I went through it many, many times,” Meeker remembered.

Championing Vectorworks and the Software’s Capabilities

Meeker has used Vectorworks since its early days — since it was known as MiniCAD 6, in fact. It’s clear that Meeker believes the software is the best in the business to help tell stories, and he wants to work with others who may feel the same.

He mentions that you don’t have to be a great designer to get started in Vectorworks; but, by learning the tools and working with great designers, you’re bound to become one yourself.

If you’re a student aspiring to design for incredible organizations like LAIKA, click the button below to check out our academics page. Here, you’ll find free educational licenses, applications to our design scholarship, and more!

If you’re not a student, but still want to grow as a designer, you’re also in luck. At Vectorworks University, we offer free webinars across all industries and skill levels, all in the name of helping you design without limits™.