Linesmith, a lighting design and professional drafting firm founded in 2020 to address the evolving needs of the events industry, displays the definition of the word “smith” on their website’s homepage:

“A person skilled in creating something with a specified material.”

Such skill is evident when you look at the lighting design of Singapore’s 2021 National Day Parade. The design was a collaboration between Javier Tan and Gabriel Chan, the latter of whom founded Linesmith.

Although Linesmith was not formally credited for the National Day Parade, it’s the name under which Chan completes all his commercial work.

The Singapore firm focuses on drafting, 3D modeling, and visualization for the live events and performing arts industries. According to Chan, “Linesmith bridges the gap between dream and design.”

Chan’s articulation of the intersection between dream and design has earned him several awards, too. In 2019, Chan was awarded the Young Artist Award, one of the most prestigious awards for young creatives in Singapore’s arts community.

To scale 2021’s show, the two built customized lighting pods with 4x4 Clay Paky K25 B-Eyes. These pods were designed to replicate colored molefay blinders that could also move. The lights created text and pixel movements that could be seen both in person and on screen. 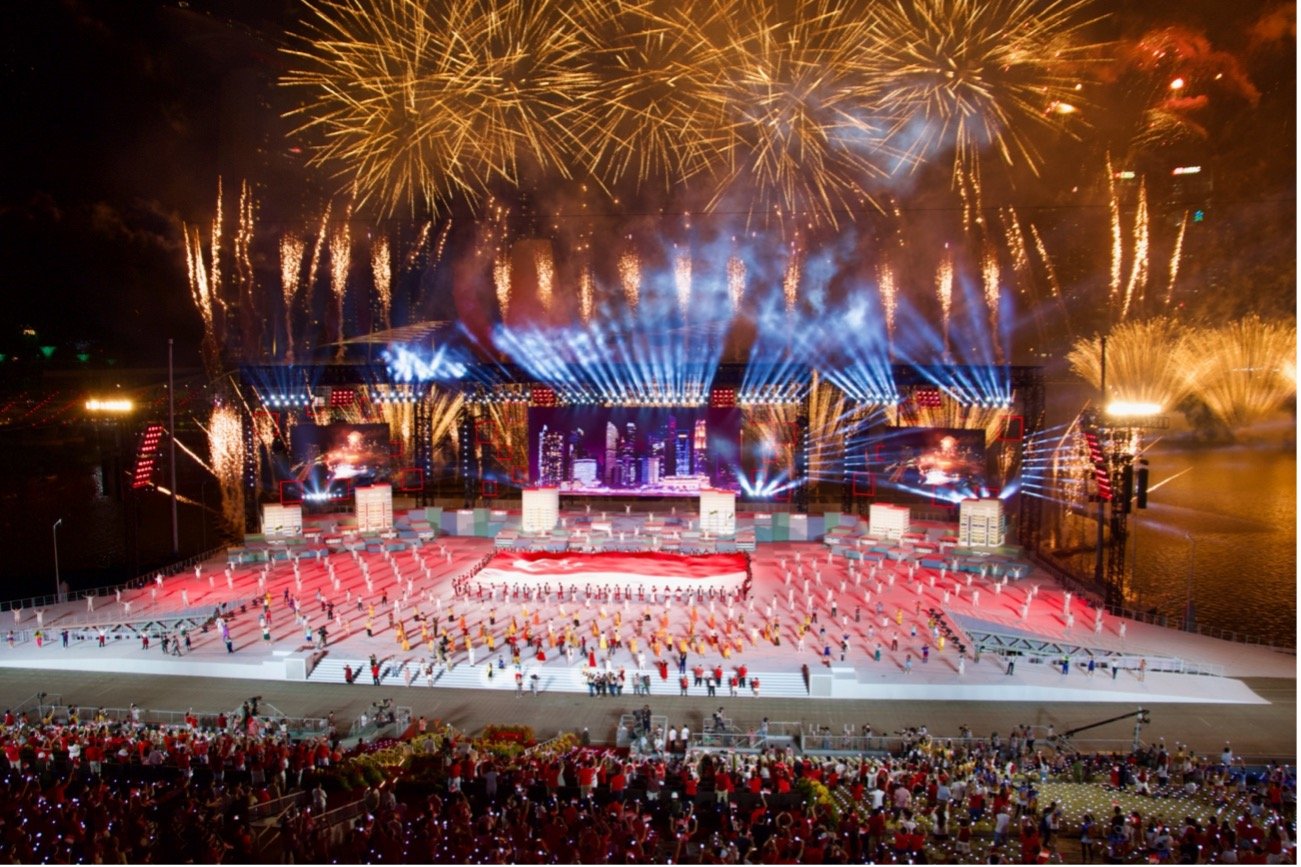 The design also utilized a floor projection and three large-format LED screens. But, the design’s showstopper took place during one of the performance’s main movements. “We had five giant stars — one half of Singapore’s flag — assembled by performers,” explained Chan.

These stars were then detailed with pyro effects before AR stars took their place for the television viewers. The astral assembly of national pride was truly a sight to behold!

Taking television viewers into account wasn’t the only challenge that Chan and Tan had to navigate.

For example, some of the project’s design components — lighting, audio, LED screens, and more — had to coexist on the tower for the main LED screen. The tandem relied on Vectorworks Spotlight to ensure that all the elements could exist in harmony. 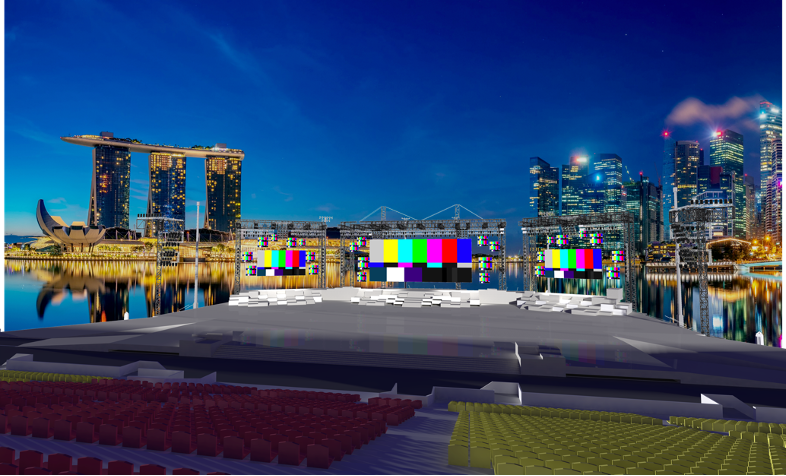 Chan said: “With Vectorworks, drafting and 3D capabilities meant we were able to negotiate and fit all these design elements accurately into tight spaces, all while staying confident in creating the design in real life.”

Vectorworks also helped Chan and Tan produce large, challenging molefay blinder looks. “With Vectorworks, we were able to present the final look of the lighting pod in relation to the rest of the design elements, even before fabrication.”

And, if a change was needed, that wasn’t a problem either. “When a change is required, all we need to do is update our design in Vectorworks,” he said. “That information is updated downstream for presentation, documentation, and visualization.”

Thanks to such visualization, Chan and Tan were able to communicate their design effectively and sell it to the parade’s technical and creative directors.

As Chan continued to discuss his favorite aspects of designing with Vectorworks, he synthesized his passion down to one idea: Vectorworks’ capability to be a “one-stop solution” for all Linesmith’s entertainment design needs. “Vectorworks is a turnkey design platform that helps us organize and sync information across all phases of our design workflow.” 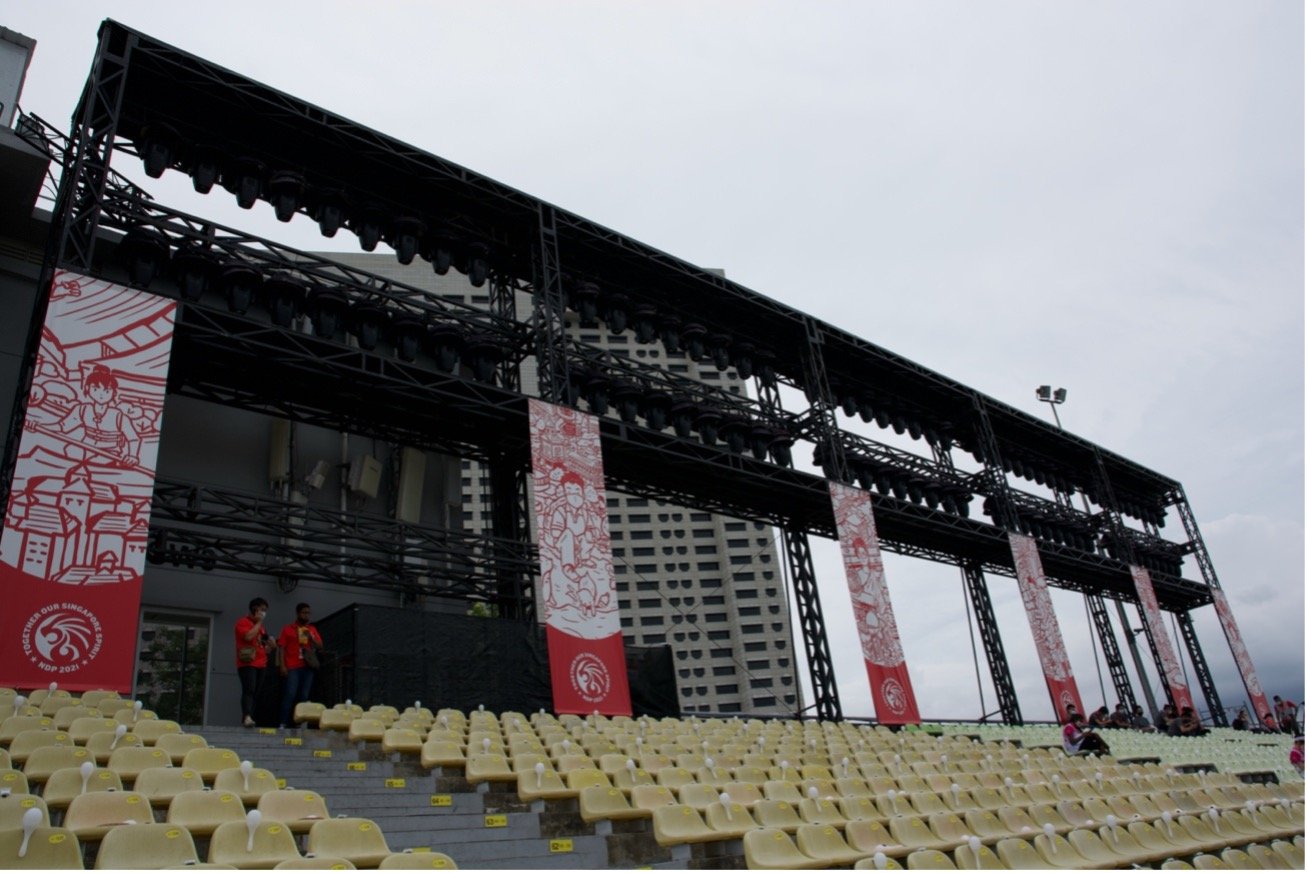 The final communicative design feature that Chan and Tan utilized was the MVR file format. The format was used to transfer all the 3D XYZ information of lighting fixtures to a grandMA3 console.

In addition to his design work, Chan also offers Vectorworks training for those interested in designing and drafting in the industry-leading software. Such training almost certainly stems from Chan’s passion for Vectorworks.

For those unable to train with Chan in Singapore, fret not. Check out this introductory session Vectorworks University about the benefits of 3D modeling. You’ll see exactly why Chan chooses Vectorworks for his work!

All images courtesy of Gabriel Chan of Linesmith.